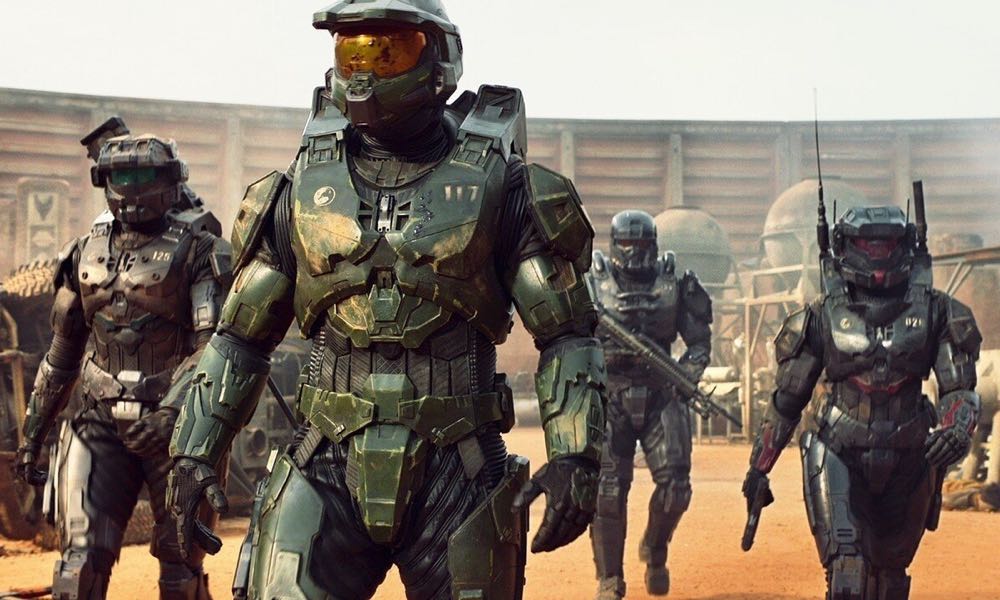 First of all, let me say I am no expert on Halo. I am only familiar with it as the pop culture/video game phenomenon. I naturally have seen artwork based on the game but beyond that, I know very little beyond basics about the Halo universe the games are based in I haven’t played video games in a long time To give you an idea of what I am talking about, I owned a Play Station one in the nineties and was not interested enough after that to modernize my gaming system since then. I gave my Play Station away to the kid of a friend not long after.

In case you didn’t know, Halo is a military science fiction media franchise created by Bungie. The franchise is currently managed and developed by 343 Industries, and owned and published by Xbox Game Studios. The central focus of the franchise builds on the experiences of Master Chief Sierra-117 “John”, one of a group of supersoldiers codenamed Spartans, and his artificial intelligence (AI) companion, Cortana.

This article is not about Halo, the video game in any way, it is purely about the first episode of the TV series, and my first impressions of it, based on its own merits.

I confess I am confused about why I have already seen articles claiming the series is a failure and poor adaptation. I had a favorable reaction to what I saw. Beyond a battle between good humans and evil aliens, I was not sure what to expect. What I got was a fast-paced, seductive blend of action/mystery/thriller with graphic violence, good production quality, well-choreographed fights, and an intriguing storyline. Although based on a video game, this series is not kid stuff but with all the death, bloodshed, and violence that takes place in the first few minutes of the first episode this series is trying hard to appeal to a more mature audience, and looking it up it does have a TV-MA rating according to IMDB.

Not familiar with this title? Halo is an American military science fiction television series developed by Kyle Killen and Steven Kane for the streaming service Paramount+, based on the video game franchise of the same name. It is produced by Amblin Television, 343 Industries, Showtime Networks, One Big Picture, and Chapter Eleven, and follows a 26th-century war between the United Nations Space Command and the Covenant, a theocratic-military alliance of several advanced alien races.

Time will tell, I suppose, whether this series turns out to be a winner or a stinker as more episodes arrive. Admittedly, a great many series show a lot of promise like this one does, only to quickly go sideways or just plain blow it along the way., but for now, I liked what I saw. Many fans like myself, I am sure, are eager, and maybe even desperate for more stories like this that incorporate classic elements of science fiction including space travel, alien species, and adventures on other planets. Add supersoldiers to the mix, and I am hooked. We need more outer space adventures on TV like this, So, fingers crossed.