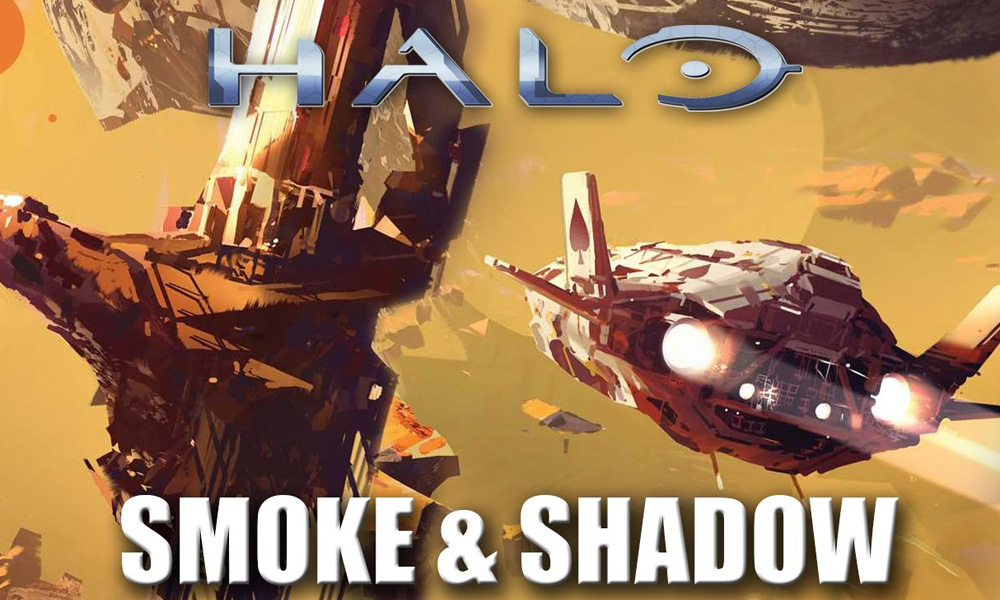 Rion Forge leads a tight-knit crew of salvagers across the universe as they pick the bones of starships from past battles looking to score something they can sell. They don’t really care much who their buyer is as long as their money is good, at least that’s what they tell themselves. The crew’s loyalty to profit is sorely tested when their next score turns out to contain more than anyone on board the Ace of Spades ever imagined especially Rion. Information gleaned from a derelict United Nations Space Command cruiser offers Rion the chance to find out what really happened to her father and his ship originally listed as missing in action. 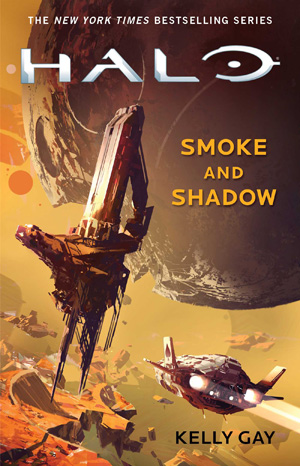 Halo: Smoke and Shadow is a novella-length story By Kelly Gay set in the Halo universe from the popular game of the same name. The amount of content produced for this franchise is practically overwhelming making an angle not seen before difficult to come up with, but the author manages that nicely with Rion Forge and the crew of the salvage ship Ace of Spades. Anyone who has any experience with the Halo universe will instantly find a comforting world between the covers of this book.

The story is a tale of rough and tumble characters living on the edge of what most people would call civilized. The military background and nature of the tale place this squarely in the category of favorite genre as well. The author has a polished voice which makes all the characters unique and consistent through the entire tale making the flow of the scenes consistent throughout.

However, the structure of this novella seems choppy and broken which makes it sometimes difficult to stay immersed in the universe created for story. The plot of the story is broken with numerous scene breaks that at times feel neither required nor useful to the flow of the words. While it reads quickly and isn’t overly long, it feels like more work than it should have been to get from the start to the conclusion. The plot seems to follow the structure issues as well, jumping from one plot point to the next with little in the way of transition almost as if there were a rush to get through each one rather than smoothing out a flow of transition, one to the other.

While the opening and middle of the story create a very compelling and engaging premise, the climax and ending leave the reader wanting. The buildup of the story promises many things, rich with possibilities and emotions but the ending feels abrupt leaving one with a feeling of disappointment and desire for more. While the main over-arching set up of the story is concluded, the emotional payoff hinted at in the back cover blurb is left out of reach, merely hinted at. This one fact leaves the reader wanting. While it may draw some to eagerly anticipate the next installment it seemed an unsatisfying way to conclude the tale.

For those immersed in the Halo universe Halo: Smoke and Shadow will feel familiar and immersive. This fresh look into a well-defined world provides a good basis for the tale presented. However, for those not as familiar with the background of the setting, I would recommend becoming familiar with it before tackling this story.