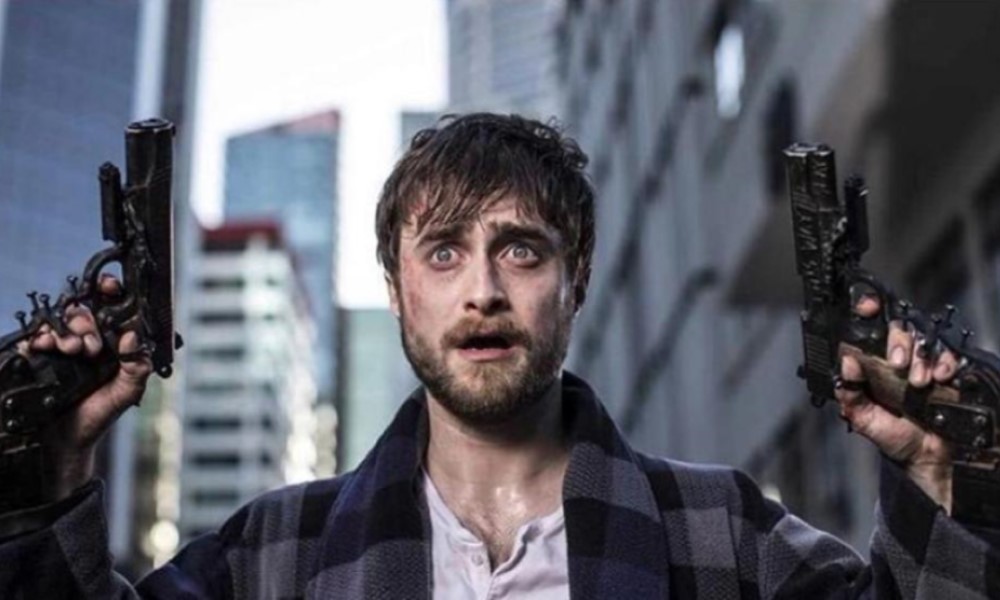 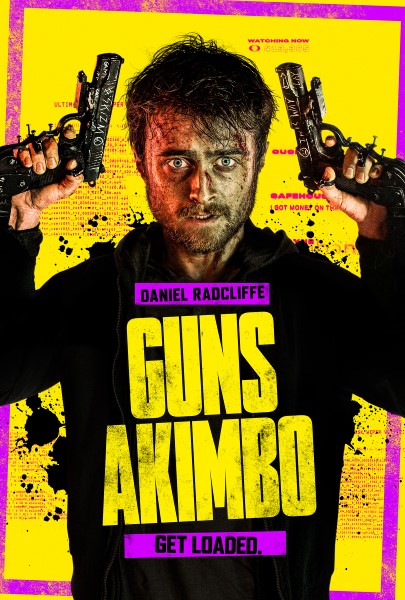 The zeitgeist is a cruel mistress. Guns Akimbo is like the painfully outdated hippie musical that people ironically riff on today when back in the day it was supposed to change the world and hold up a mirror to society: the Godspell of action films. The writing is so painfully tailored to be cutting edge by the time the film hits theaters they will already by dead memes. Speaking of outmoded, Guns Akimbo seems to follow in the clown shoes of movies like DeadPool, Kick Ass, and Scott Pilgrim Vs. The World (the main character even has an asian ex-girlfriend), the former two of which have already worn themselves out of being franchises with disappointing sequels and the latter of which wasn’t even a hit outside of cult appeal in the first place. What it most reminded me of was the box office and critical bomb Gamer which attempted the same lost cause Akimbo undertakes: paint all gamers (or people who use the internet) as soulless, horrible, sheltered losers…and then try and appeal to that same audience with references supposedly aimed at their demographic. In general slapping someone with one hand and then telling them they’re supposed to ironically enjoy the experience is not a recipe for success. I guess if someone hated gamers or internet personalities this kind of film might be semi-cathartic, but it’s also so patently over-stylized and goofy it ultimately says nothing and says it obnoxiously.

Look how cool and exciting violence is!

Also violence in entertainment is bad and only enjoyed by degenerates.
Ironically the level of violence and mayhem feels subdued by the budget and some attempt to mainstream Akimbo. Blood and explosions are almost always computer animated and fake looking and the premise is simply ridiculous. We’re supposed to identify with a generic internet troll as our main character out of the gate (which is tough in and of itself) and outside of this poorly thought out idea we have to buy that a death sport could be aired online when every streaming service nowadays can’t show anything remotely offensive for more than a couple of seconds? Pure science fiction.

The references themselves are as archaic as the ‘boo internet’ theme.
Sonic the Hedgehog? Streets of Rage? Chip tunes? Extreme makeover? Rocky?
Is this a period piece?

The one unique and potentially interesting aspect of this film actually has very little to do with the stupid premise. Daniel Radcliffe has guns attached to his hands so he can’t operate things very easily. At its best it comes up with some entertaining scenarios about a normal person trying to shuffle through a nightmare with a handicap. If he’d stayed the straight man in a world of madness it might as well have been much more enjoyable.
But then Daniel will wax about how the world looks ‘totally in HD’ when he isn’t looking at his cellphone. Take THAT millennials…who are also presumably the ones paying to watch this film.

So is it a parody? The funniest aspect of this film (unintentionally) is when it tries to pretend at realism. Guns in real life are loud! Also ordinary people can move at super-human speeds and jump out of windows without suffering any injuries. Getting shot throws you through the air like a ballerina because physics don’t exist in this ‘real’ world apparently.

Akimbo can’t decide if it’s a gritty deconstruction of action films…or just another action film with the same by the numbers plot with a typical villain and a typical progression of fights. And like so many others before it it never finds itself.

I fear the creators wanted this to click with the young folk, but apart from the always charming Daniel Radcliffe the writing is risible and the effects are nothing special (mostly digital add ins). The costumes are hilarious (everyone isn’t dressed like modern punks, they look more like Mad Max villains) the direction is competent but isn’t much different from the kind of wobbly camerawork you might see in any other contemporary ‘hip’ movie. Music is all confusing remixes of classic music (‘Spin Me Right Round’ and ‘Bar Room Blitz’ really?) If you want a colorful, ‘lol random’ popcorn feature interrupted at times by a preachy antiquated ran about technology and violence in the media and the internet you could do worse.

When it isn’t being cringy, it’s punchy and pretty enough. Don’t expect anything more. The Running Man did it better.
There, I made a reference about as timely as this film.