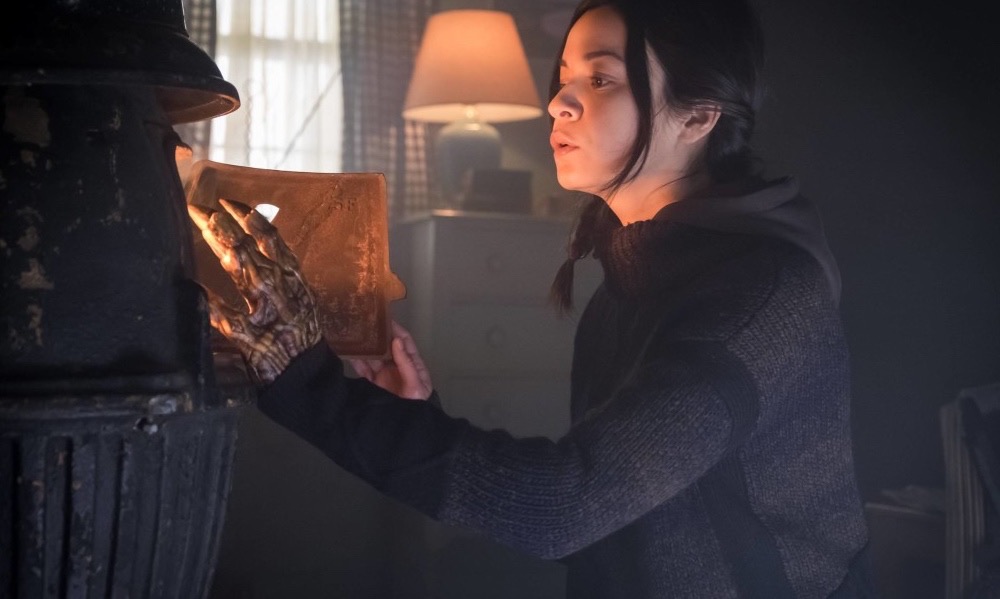 Things get Strange in an episode filled with a potpourri of psychos, as the truth is finally revealed about who, and what was behind the murders of Bruce’s parents.

The show continues to make a favorable impression in this week’s episode that begins to reveal the true extent and influence the experimentations of Hugo Strange have had on the quirky, grim, and violent eponymous city we love. It rains a lot in Gotham, and along with other touches that define this place, it adds up to a cocktail of noir and mystery that inebriates the imagination in a delightful manner, and leaves us wanting more.

Pinewood’s narrative revolves mostly around the murder of Bruce’s parents, both by following Gordon’s efforts to unravel the mystery, and Bruce’s investigation, along with Alfred, following clues about his father’s mysterious activities, and it soon becomes apparent, all roads lead to Rome. Rome, in this case, being Hugo Strange, as their separate efforts eventually all end up turning out to lead to Strange, who it turns out has been the puppet master behind the curtain in Gotham for much longer, and to a greater extent than has been previously revealed. Like a spider at the center of a large and extensive web whose strands lead in many directions, Strange it turns out has had a hand in a lot of what has happened in the city. Some of his experiments, both past, and future are coming to a climactic point with violent repercussions in this significant episode.

The episode starts up at the same point that last week’s episode ended, with Barbara Kean at the door of Bullock’s apartment faced by Gordon. After his initial shock at seeing her, he pulls a gun and treats her like you would expect him to, after all, Barbara has proven to be a dangerous psychopath in the past, and Gordon has no reason to think anything has changed.

Barbara explains she has been released from Arkham because she is cured and wants to reconnect with Gordon because it was the memory of their relationship that got her through her dark journey and coma. She spots a file he has been working on and recognizes a picture of a woman known as ‘the Lady’, who she knows is connected to the murder of the Waynes. Barbara may be crazy, but she’s not stupid. She figures out Gordon is still working on the solving the mystery of who was behind the murders almost immediately, and claims she wants to help. He refuses her offer and throws her out.

Just as she is leaving, Bullock returns, and utterly surprised, nearly drops all the pizza and beers he is carrying in his efforts to enter the apartment to see if Gordon is okay. After a short confab between the two, during which Bullock tries to convince him to return to the GCPD, Gordon is convinced he would do better without Barnes looking over his shoulder and is determined to go it alone. he takes a gun and a set of brass knuckles and goes on his way.

This is followed by a collage of  Gordon, as he engages in a brutal and violent series of interviews, interrogating some of the city’s criminal element, as he goes about trying to find out the whereabouts of the Lady. This is old school, brutal police work, that depicts Gordon making liberal use of his fists, a baton, and the brass knuckles. It’s a violent crusade, and Gordon’s fury is apparent, relentless, and without mercy, as he goes about his determined efforts to find the information he seeks.

His efforts finally pay off with information that leads him to a nightclub, the goal of his efforts has been known to frequent. The place is called Artemis, it’s a girls only club that caters to the female criminal element in the city, and Gordon’s attempts to enter are abruptly refused by a woman with a gun that guards the entrance to the place. As he is about to leave, he encounters Barbara, who offers to help, by getting inside and obtaining the information he seeks. Gordon doesn’t trust her but goes along with the plan, because he has little choice.

Meanwhile, he goes around back and finds a way to sneak in through the delivery entrance, but is discovered soon after he enters, and suddenly finds himself with Barbara holding a knife to his throat. it appears he was right not to trust her, as she appears to have betrayed him to the woman he seeks. The Lady (Michelle Gomez), a known contractor for killers for hire, doesn’t know as much as he hoped when Gordon finds himself at her mercy, tied to a chair, but Barbara, clever Barbara, manages to get what little information she has from her while they gloat over the helpless Gordon who it appears has finally run out of luck.

In a sudden turn of events, as soon as the Lady utters a small clue of information that may help Gordon in his quest, Barbera suddenly turns the tables on his captors and subdues them, allowing herself and him to escape. It turns out this was her plan all along and her betrayal was only an act. As they talk afterward he is till reluctant to trust her because she tried to kill Lee which he cannot forgive, They are suddenly interrupted by a call from Bruce who has run into trouble with the law.

Barbara has changed, she is no longer the shallow, drunken waste of space she was before, she is evolving, and it’s a fascinating process to observe, she suddenly has a deviously clever mind capable of near genius level strategies. Her journey is far from over, and is one element of this series that has been, and remains, remarkably engaging. Barbara is last seen asleep at the abode of Butch and Tabitha.

While all of this has been going on the episode has been alternating its focus between Gordon’s efforts and those of Bruce and Alfred, who assisted by Lucius Fox have been digging into Thomas Wayne’s computer files in an effort to find out more about his mysterious activities.

Their inquiry leads them to find out about a place called Pinewood Farm, and an individual named Karen Jennings (Julia Taylor Ross), whose name came up as part of what happened at Pinewood. They find her in a secluded shack in the middle of nowhere. When they enter the poorly lit place, Alfred is attacked and wounded, but Bruce’s instincts lead him to drop Alfred’s gun and attempt to talk with the shadowy figure they find there.

It turns out to be a frightened young woman who has been surgically altered to have an arm that resembles the limb of a velociraptor that ends in a formidable claw. She explains she was a prisoner at Blackgate who had little choice but to agree to be experimented on to repair a deformed arm, and this is the result. She is a treasure trove of information about  Bruce’s father who it turns out she knew. She explains that Pinewood was a place that Thomas Wayne created with good intentions but his efforts were, perverted by a character known as the Philosopher who was the scientist that ran the program at the place. We have heard this name before in connection with the man who contracted to have the Waynes murdered.

They visit the place where her experimentation, and others, took place, but are interrupted by a security guard and some thugs meant to keep the place a secret. As they attempt an escape Karen uses her claw to cut the throat of one of their pursuers, killing him. As they arrive outside, the police show up and they are all taken into custody.

Bruce and Alfred are released, but Barnes orders Karen returned to Blackgate without contact. After having the situation explained to him Gordon comes up with a daring plan to rescue her before she is returned to jail. The plan succeeds and Bruce has arranged to help her start a new life when they are interrupted by the arrival of Mr. Freeze, who Strange has arranged to get out the freezer he occupies long enough to stop Karen from escaping, and divulging what she knows about his activities in the past.

Freeze has gotten a stylish makeover, and is impressive in his appearance, with white hair, ice blue eyes, and a new suit that is metallic in appearance with white and light blue, and led highlights. There is no helmet in evidence, but there are indications in the suit’s design it may be retractable or added on later. The suit also proves to be bulletproof, because when Gordon and the others shoot him, Freeze is only slowed down briefly, but not injured by the barrage of bullets he faces. This modern incarnation of the character is nicely done. The final version of what to expect in his future appearances on the show is marvelous, remarkable, and cool. Mr. Freeze has arrived.

Karen sacrifices herself to save the others because Freeze has come for her, and not the others. he freezes her and then shatters her frozen form on the spot without hesitation. This is not the Victor Fries we saw before, he is now a cold blooded killer. He throws one of his freeze grenades at the others, but it misses its intended victims and they escape.

Meanwhile back at Arkham, one of Strange’s experiments has reached the culmination in the form of one of the dead bodies he has collected and has returned to life. It is a resurrected, super strong Theo Galavan who renames himself Azrael.

This episode is another strong entry in a string of strong episodes, that are composing a remarkably impressive series of stories in an excellent series that somehow continues to keep getting better with each effort it makes, week after week. This episode, in particular, wrapped up the mystery of the murders of Bruce’s parents in a most satisfying manner and answered other nagging questions, about the role of several characters that populate this top notch show, while leaving us hungry for more. I am eager to find out what the show has in store for the characters it portrays, and us, next.