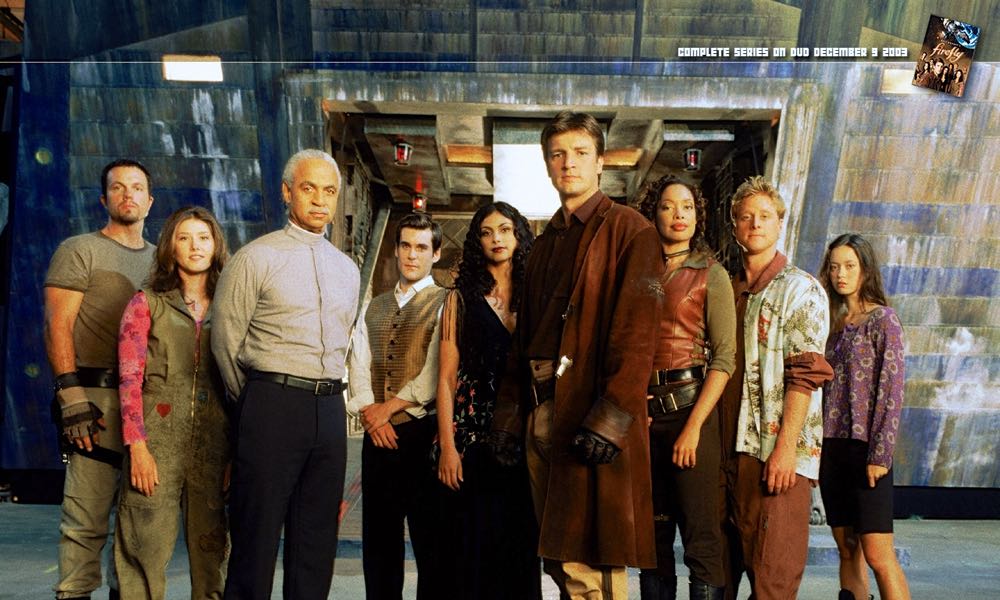 Like everything else that occurred in the late ’90s and early 2000s, pop culture reflected a world in transition on its way to becoming the 21st century.

Back in the days (and nights) of the WB and UPN, When SyFy was still the Sci-Fi Channel, there was a surge of genre TV shows that emerged, each making a bid for their share of primetime television attention. Ranging in quality from pretty good to flat-out great, I thought it would be nice to give them some love for all the times they helped make my evenings more enjoyable.

I sometimes find myself wondering how the world of science fiction TV might differ if some of these shows had not fallen to the chopping block of cancellation as early they did. These series listed are in no particular order, except maybe Firefly, the legendary Joss Whedon series struck down before its time which I have saved for the final honor. 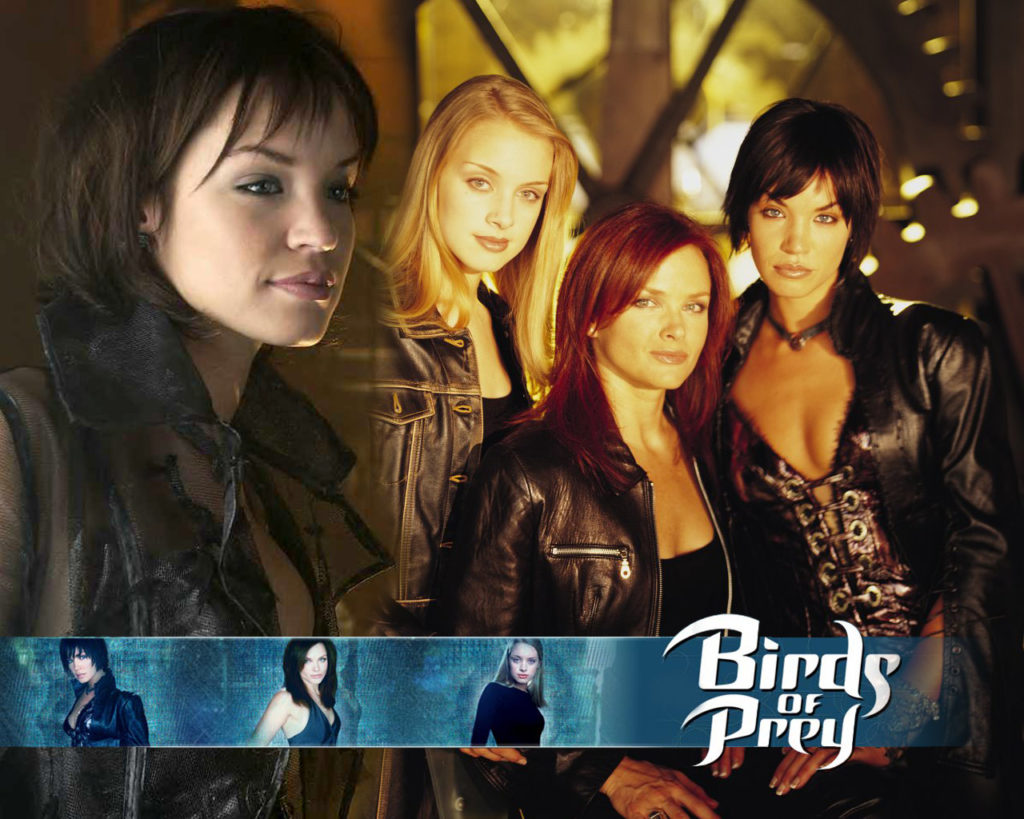 Birds of Prey (WB – 2002-2003): This brief attempt at a Batman spin-off series had some excellent qualities and some not so much. Loosely based on the DC Comics series of the same name. The series takes place in a Gotham City abandoned by Batman. A trio of women, all with ties to Batman, takes over the fight against crime. The series started strong, but interest in it quickly plummeted, leading to its cancellation after 13 episodes. In my view, this series never came close to achieving its potential for several reasons. 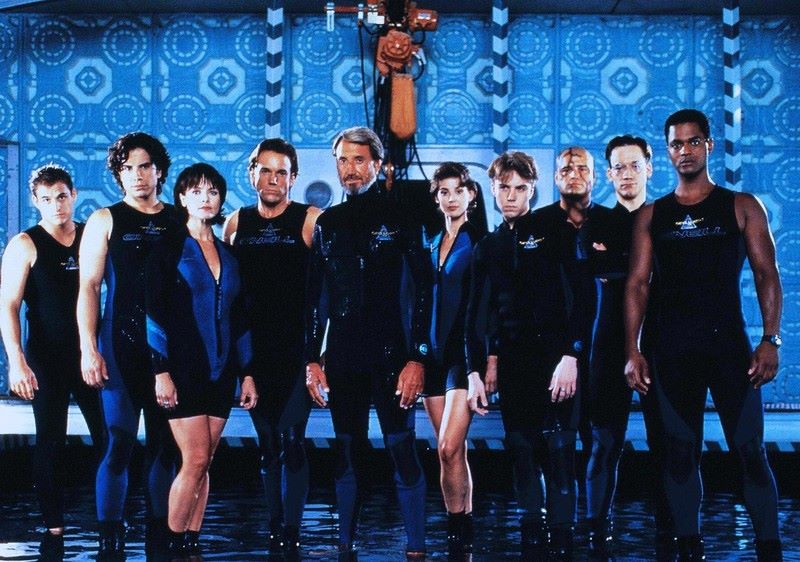 SEAQUEST DSV (1993-1996): A tale of two series. The underwater adventure series was a decent Sci-Fi show that survived low ratings for 2 seasons, but even a makeover in its final season couldn’t save it from the cancellation ax.

Seven Days (or 7 Days) (UPN -1998-2001): This series was about a secret branch of the United States National Security Agency, which has developed a time-traveling device based upon alien technology found at Roswell. As the show’s opening days, the Chronosphere, or Backstep Sphere, sends “one human being back in time seven days” to avert disasters. The show’s name refers to the fact that the Backstep Project can only ‘backstep’ seven days because of the fuel source’s limitations and reactor. As the fuel source is limited, there is a strict mandate that they only Backstep for events relating to “National Security” The ‘backstep’ team and their equipment are in a base called Never Land, which is in a secret location in the desert of Nevada.

This series was moderately entertaining and enjoyable, mostly due to its leading man John LaPaglia, whose portrayal of manchild Frank Parker, the time sphere’s pilot, was pretty amusing and easy to relate to managed to humanize the character. 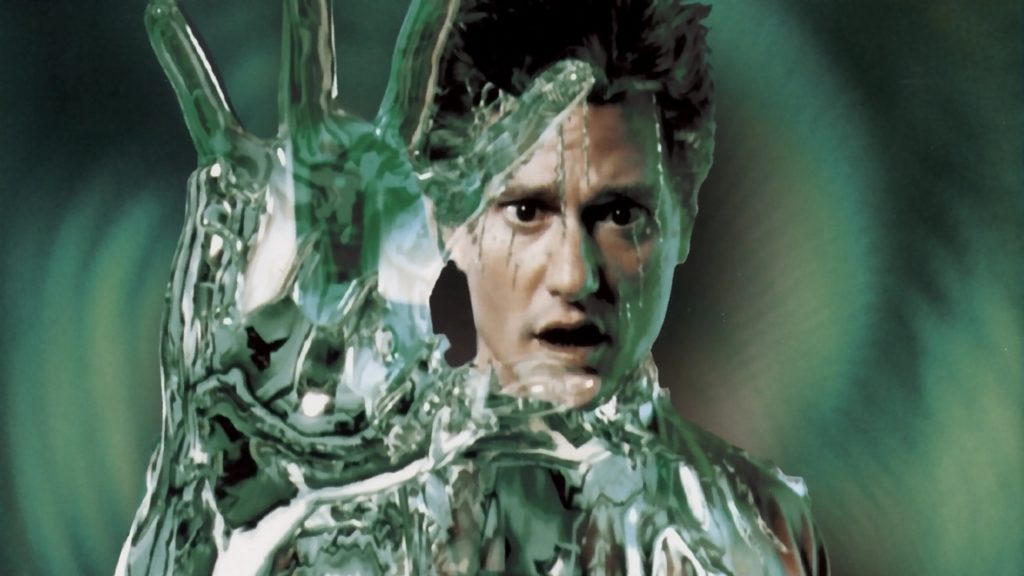 The Invisible Man (Sci-Fi Channel – 2000-2002): This series’s title is pretty self-explanatory. The plot involves a thief whose brother is a scientist who develops a synthetic gland that gives anyone the ability to become invisible. Naturally, the thief ends up with the gland inside him. Of course, there’s a drawback: using the organ for too long can make you violently psychotic. The Invisible Man was another series that owed its appeal to its leading man, Vincent Ventresca. I-Man, (the show’s nickname in season 2) portrayed its narrative in a tongue-in-cheek manner, trying to balance being amusing with the more dramatic spy-fi elements of the show. 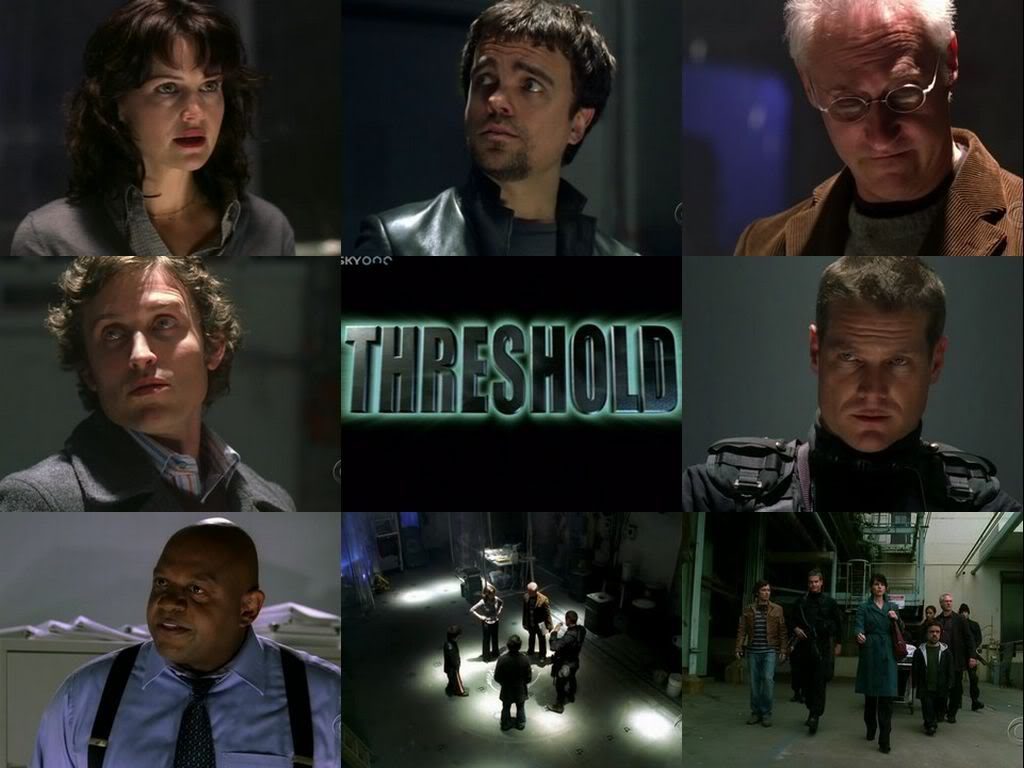 Threshold (CBS – 2005-2008): Signs of alien activity spurred the creation of a team of geniuses, each a specialist in their field, by an unnamed secret branch of the government. Although there were many indications that aliens were planning to invade and attack, that’s where it ended. Threshold never went past the point of innuendo by the not-so-clever aliens. Every time they would try a new approach to doing their evil deeds, the human team would swoop in and nip it in the bud. Threshold boasted an all-star cast that included Carla Gugino, Peter Dinklage, Brent Spiner, Charles S. Dutton, and Rob Benedict. Very melodramatic stuff that sometimes worked and succeeded in being engaging. 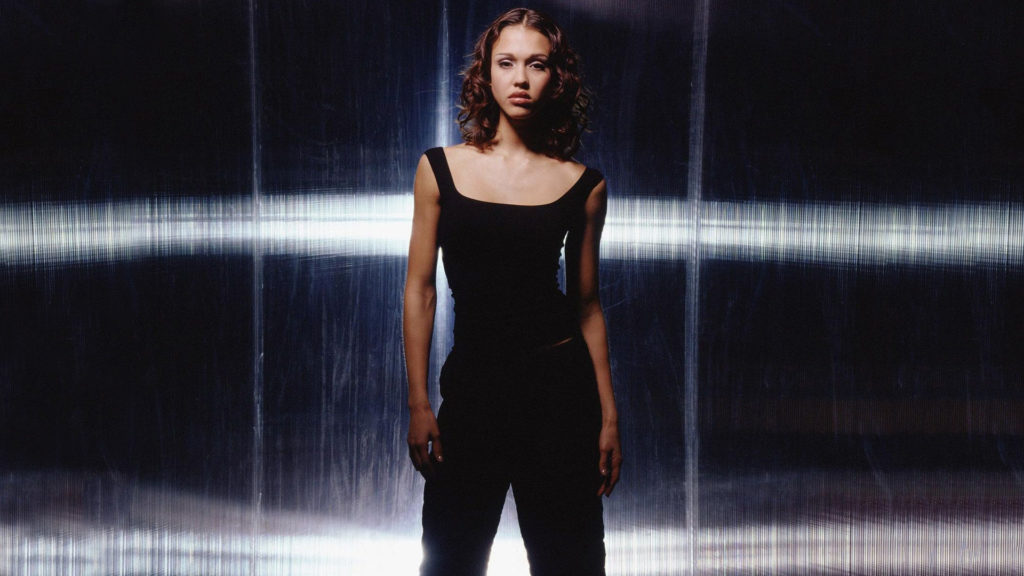 Dark Angel (Fox – 2000-2002): I am not sure if there is a sub-genre of grunge fiction, but if there is, this series more than qualifies. Set in a future Seattle under martial law, it attempted to capture the times’ zeitgeist and incorporate it into the show. Of course, this only succeeds in dating the production more with an indelible time stamp that’s impossible to escape All that youthful rebellion and style ends up being a distraction from the handful of ideas used as the basis of the narrative’s events. Things like a futuristic cyberpunk plot about overthrowing a fascist state, genetic manipulation, government conspiracy, and secret experimentation on human children. The cast featured a young Jessica Alba and Jensen Ackles. Dark Angel managed to be a little daring; it was the first show I can remember that featured an openly gay character. It was a pretty good series that at times verged on greatness. 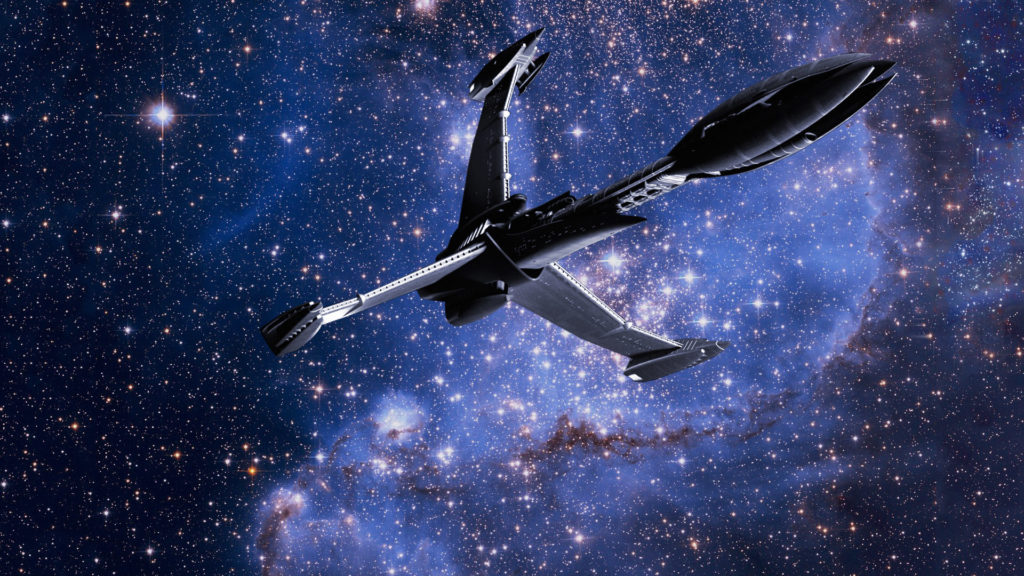 Crusade (TNT – 1999): This spin-off of Babylon 5 takes place five years after that series’s events. It involves an alien race, the Drakh releasing a deadly nano-virus on earth. After the attack, the starship Excalibur and its crew are sent out into the universe for anything that might serve as the cure or a way to stop the deadly disease. The show seemed like a good bet for a more outer space adventure. Being a fan of Babylon 5, I wanted to like this show, but it never succeeded in getting me engaged. 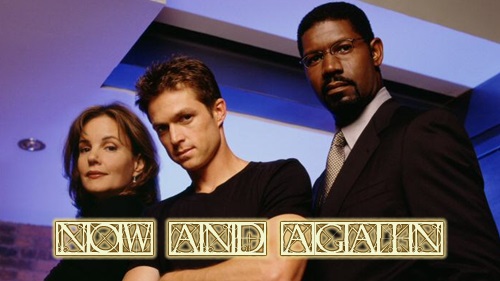 Now and Again (CBS – 1999-2000): I enjoyed this series that revisited the whole Six Milion Dollar Man idea brought up to date for 1999. It had the potential to be a great series, but the writing served to squandered an opportunity for what could have been a great series. Scripts that stubbornly ignored the series’s science fiction aspects insisted on dwelling on the story’s sappier emotional elements. Now and Again was about a middle-aged insurance salesman who dies and gets resurrected through technology. Dennis Haysbert is excellent as the very strict and very stern Dr. Theodore Morris, the scientist in charge of the experiment that creates a Superman. His dialogue alone made his series worth watching. It was highly amusing at times. The show’s depiction of the subject of the experiment Michael Wiseman (John Goodman/ Eric Close), was another thing that added to the series appeal. The experiment transformed him into a Superman with abilities far beyond those of Steve Austin, and the way the series depicted it seemed natural compared to that other series. The effortless way he used his skills was enjoyable and fun to see. 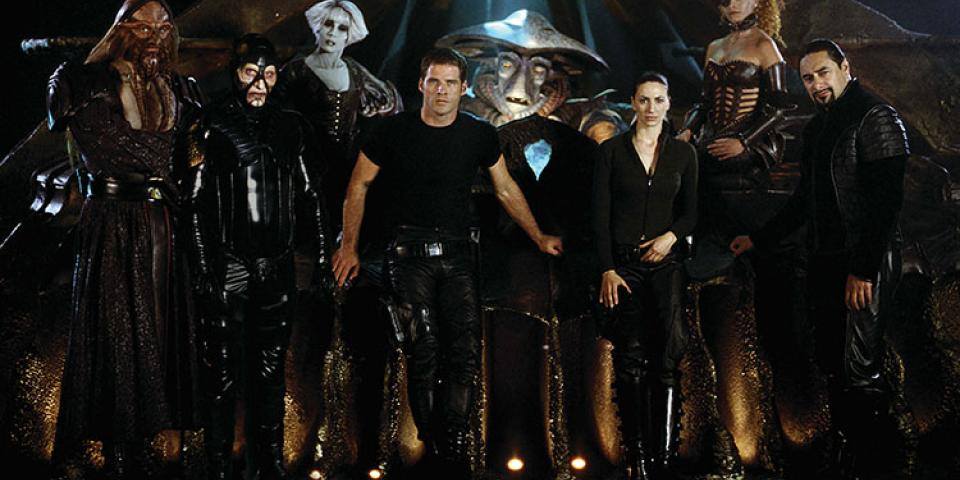 Farscape (Syfy 1999-2003): The story of John Crichton’s bizarre adventures down the rabbit hole after accidentally passing through a wormhole. A well-liked exciting series for sure. Farscape is an Australian-American science fiction television series produced initially for the Nine Network. Conceived by Rockne S. O’Bannon and produced by The Jim Henson Company and Hallmark Entertainment. This production had the unique quality of having puppets as part of the regular cast. The Jim Henson Company was responsible for the various alien makeup and prosthetics, and two regular characters (the animatronic puppets Rygel and Pilot) are entirely Creature Shop creations. 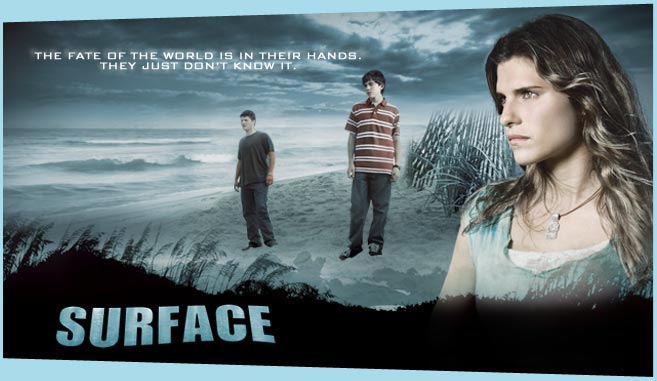 Surface (NBC – 2005-2006): What happens when a long-dormant species suddenly re-emerges and competes with humanity for the top spot on the food chain? People lose. That’s what happens. These amphibious creatures also can transmit a natural electromagnetic pulse that makes most modern technology useless. Add to this; they seem to cause earth changes that submerge most coastal cities and life as you know it is a thing of the past. This series was a surprising deviation from the norm where humans always come out on top by depicting human civilization’s fall without firing a shot over a brief period. The show ended before we got to find out if humanity bounced back. Good series. 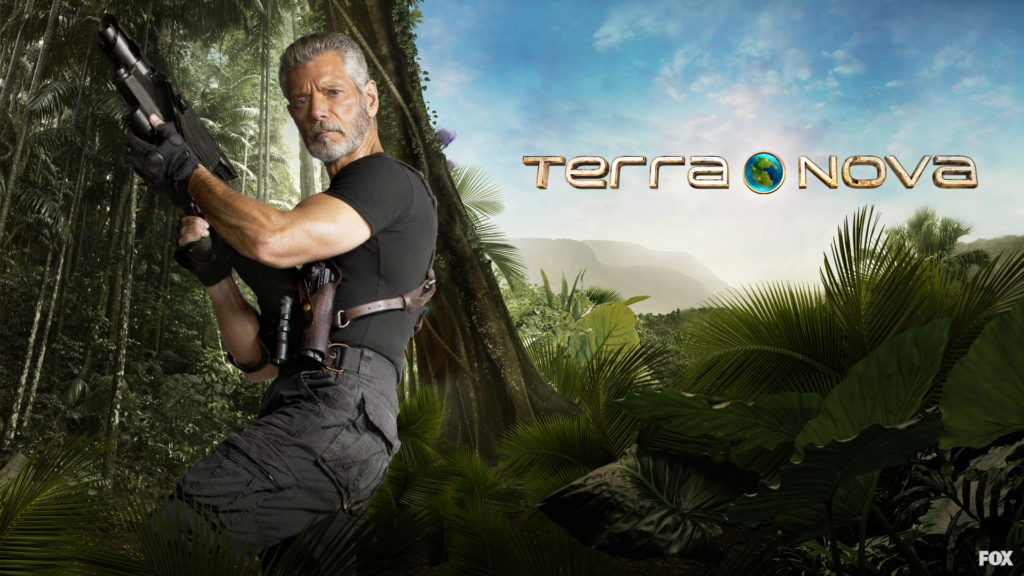 Terra Nova (Fox – 2011): Imagine the world has gotten too toxic for people to live on it anymore, and there’s a chance for you and your family to escape certain doom. The catch is the trip is one way, and it takes you so far back into the past it’s the age of the dinosaurs. That’s the premise of Terra Nova. It’s an adventure of a lifetime, and it’s a harsh and dangerous environment, but at least you get to live, and your chances of survival are better than the toxic world of the future. Terra Nova is another show that appeared on the infamous Fox network that a lot of fans thought got canceled prematurely. It had gained some popularity before getting axed, and there was an outcry from people that liked the show.

The series made no pretense at being grim and gritty; it was pretty much family fare with decent CGI effects for TV. It followed one family, in particular, the Shannons. The show featured long-time regular Stephen Lang as the tough, no-nonsense leader of the colony where the resettled humans tried to create a new life. It wasn’t a bad series. It started getting more interesting right at the end, just before it got canceled. 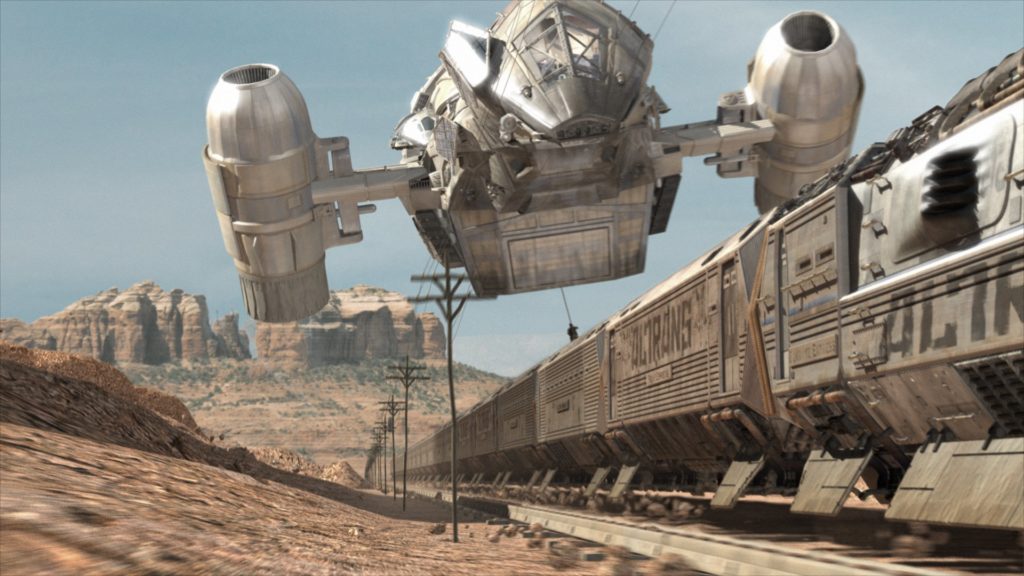 Firefly (Fox – 2002): Joss Whedon’s Firefly is a series that has acquired legendary status and for a good reason. It was a damn good series. Everyone knows the story of the Serenity’s crew. Firefly is a reminder that every once in a while, the ingredients for a near-perfect production come together in the same place at the same time, and we get a minor miracle like this. It’s hard to understand how the people at Fox couldn’t see what had just fallen into their laps and canceled a series as good as this. It’s a case of being extraordinarily obtuse.

Firefly has gone on to create a legacy that leaves no doubt it was the genuine article with a mix of just the right amounts of adventure, action, mystery, and even humor to serve as inspiration several times over for other shows that have attempted to imitate what it brought to the table. That’s not an easy task when you are trying to emulate a show that had a perfect cast and inspired writing and dialogue that brought the characters to life. The people that lived on the Serenity were flawed, but the flaws were part of their perfection. The crew-expanded family that lived and struggled onboard the Serenity was a once-in-a-lifetime creation impossible to replicate.

Beyond the blend of the usual stuff, the show had a message about life in general. The crew of the Serenity was on a mission inspired by Mal. They had each other and an attitude and determination designed to stick it to the man. The phrase ‘I plan to misbehave’ will forever be the call of those treated unjustly in life with the will to do something about it.