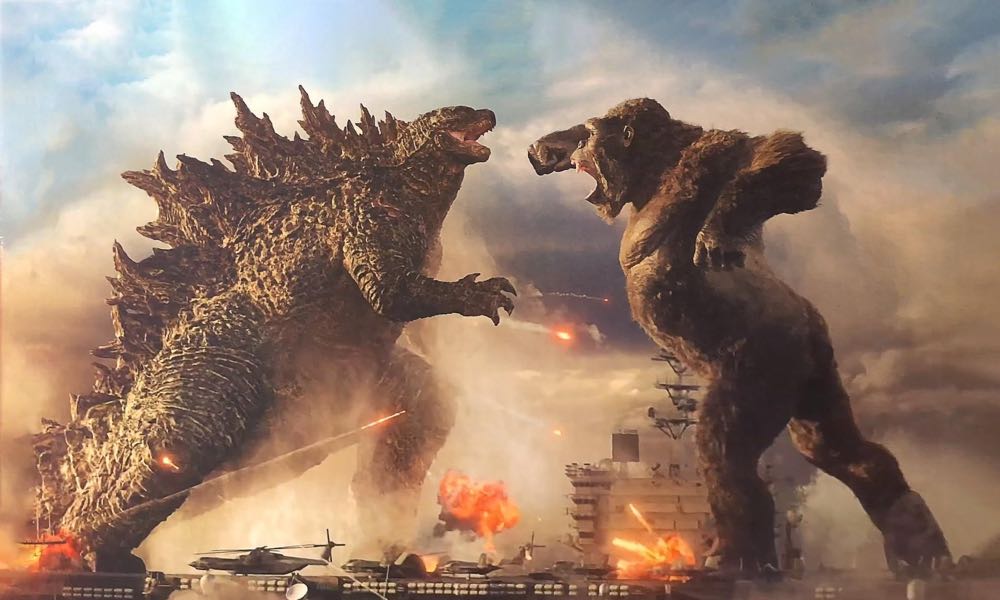 Warner Bros. and Legendary Pictures’ have released the first awesome, full trailer for their Godzilla vs. Kong showcasing the meeting of two of the most iconic creatures ever created and the scale of destruction massive body count that is the result of their conflict. According to this trailer, the legendary titans have a long history together, and humanity has a lot to do with their fateful meeting this time. This looks like the greatest heavyweight bout of forever in an imposing and impressive set of images conjured for our entertainment, and I can hardly wait.

The synopsis looks like this: Legends collide as Godzilla and Kong, the two most powerful forces of nature, clash on the big screen in a spectacular battle for the ages. As Monarch embarks on a perilous mission into fantastic uncharted terrain, unearthing clues to the Titans’ very origins, a human conspiracy threatens to wipe the creatures, both good and bad, from the face of the earth forever.