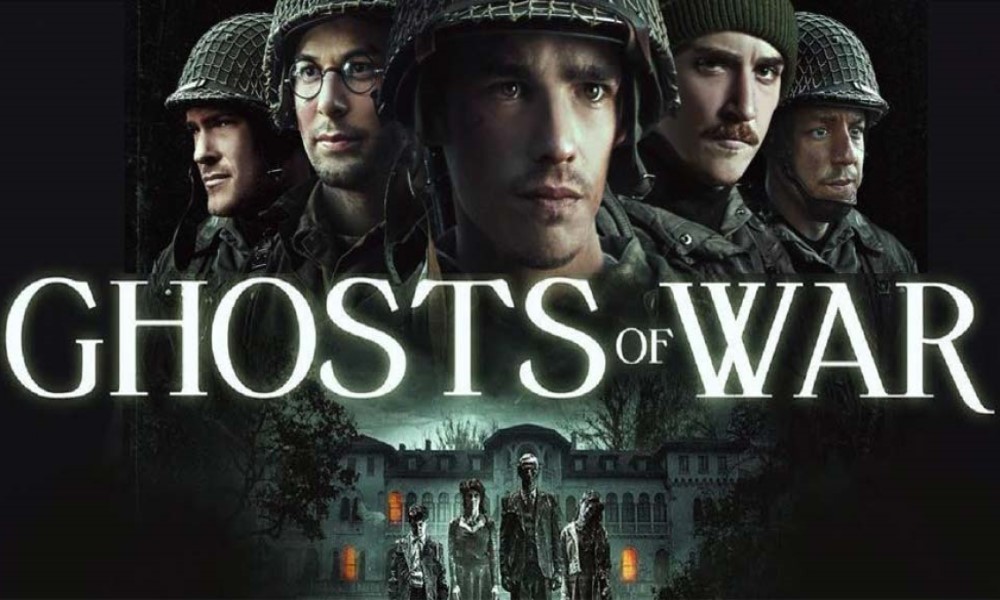 For all its pretensions to be a gritty examination of the horrors of warfare, Ghosts of War is close to a cartoon version of 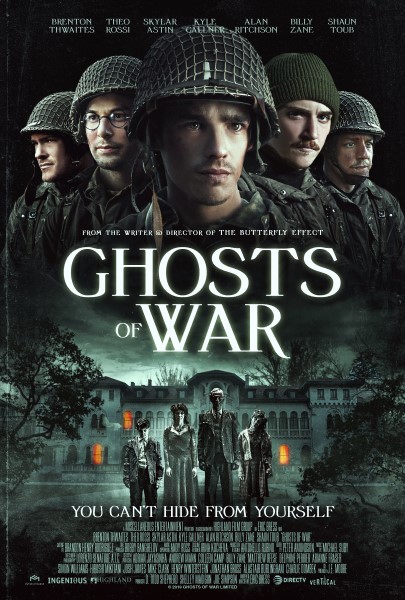 WW2. It doesn’t help the muzzle flares and CGI blood effects are unconvincing at best and distracting at worst. Nazis in the movie are literal skinheads with not one of them below the age of forty, in the same unrealistic way they were portrayed in the movie Saving Private Ryan. American soldiers talk entirely in swearing and references to the time period they’re from.

“This place is bigger than my neighborhood in Queens!” one declares when they arrive in a mansion.
Thanks for those specifics, buddy. I’m sure your own squad mates had no idea where you were from.
“I watched scary movies as a kid like Abbott and Costello Meet the Mummy.” says another American.
Um…Abbott and Costello Meet the Mummy was made in 1955.
World War 2 ended in 1945.

The uphill moral battle this film sets for itself is to equate the crime of being a soldier itself to any war crimes committed during the waging of a war. War itself is the enemy because of how it destroys the decency of man, whether those men are on the side of the allies or the axis.

We witness the Americans taunt the wounded, steal from the dead, and hear stories about their torture and murder of non-combatants as a depiction of how these men are not blameless heroes of the tale they inhabit. Their hands are just as gory and their motives just as bleak as the enemies they fight. There’s even a tie-in to imply that ALL wars are essentially the same and all men that fight them are susceptible and sinful to the same degree.

Except…no. That’s not true at all because their enemies are NAZIS: The biggest boogeyman in cinematic history. Regardless of their real life atrocities, if the film was trying to imply a parallelism of guilt they probably shouldn’t have had one side by Americans doing occasionally morally suspect things, and on the other have genocidal Stormtroopers. The film cannot let the Americans off the hook because ‘war is bad’, but naturally can’t provide any leeway to the Germans. So war is bad because it leads to heartless men…but on the opposite of the equation is nigh-demonic murderers who need to be opposed and who are entirely responsible for every terrible event in the film.
Apart from the fractured message (if there even was a coherent one to begin with) Ghosts of War is just another haunted house movie.

It’s all here and it’s all pretty generic. Cake-makeup ghosts screaming at people and disappearing. Sudden loud noises. Occult symbology scrawled in chalk. Sepia tinged flashbacks during exposition monologues about atrocities. The images of soldiers being killed by invisible enemies is pretty interesting and the acting is great across the board, but the painfully twee writing, the silly cliches, the frankly laugh out loud twist to the plot which not only doesn’t make any sense but exists only because there HAD to be some kind of twist.

If you like thrills, chills and spills I can only imagine you’d prefer a less convoluted framework for those. By the time the movie devolves into something other than a horror or war movie a majority of the screen time is eaten by characters explaining to each other everything the audience already knew hours before, but in the context of events so patently bonkers it loses all dramatic impact.

Ghosts of War is disappointing: a simple concept bloated into a ponderous mess.
Might be worth a look to see just how nutso things become, but you might have lost interest by that point, and you might wind up angry out the other side when everything you previously saw doesn’t seem to matter that much ultimately and nothing is resolved.

Available on DirecTV ,  On Demand and Digital