Get Your KHAAAN! On: Star Trek II Returns to Theaters This Fall 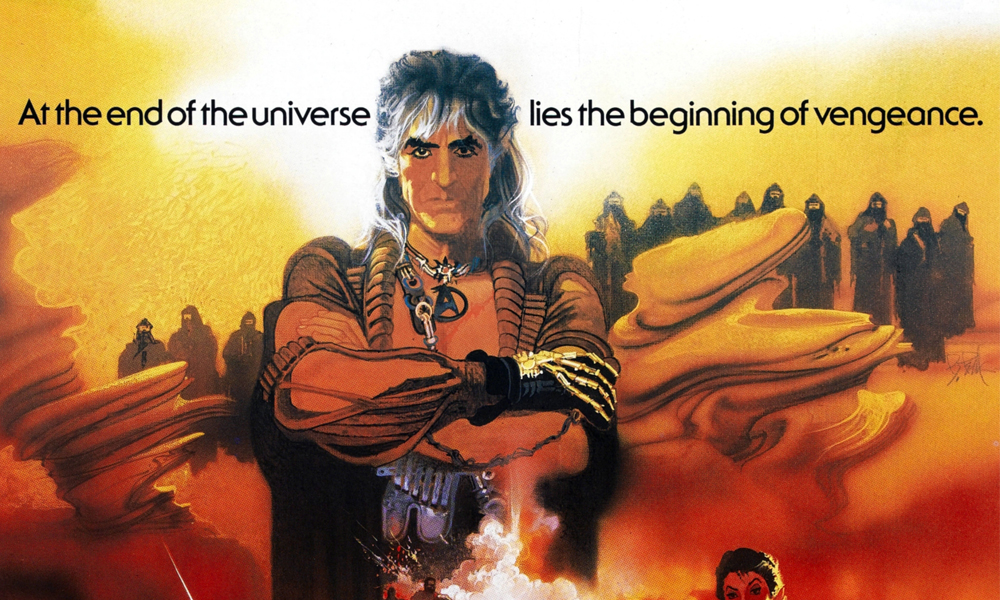 35 years ago, Captain Kirk and the crew of the Enterprise faced off against their greatest nemesis in Star Trek II: The Wrath of Khan, arguably the high water mark for the entire franchise. And in celebration of the anniversary, Fathom Events is bringing The Wrath of Khan back to theaters this September. In addition to the movie itself, the presentation will include a new interview from William Shatner about the film and the impact it had on the franchise. The film will run in 600 theaters across the U.S. for two days only:  Sunday, September 10, and Wednesday, September 13, at 2 p.m. and 7 p.m. (local time) each day. 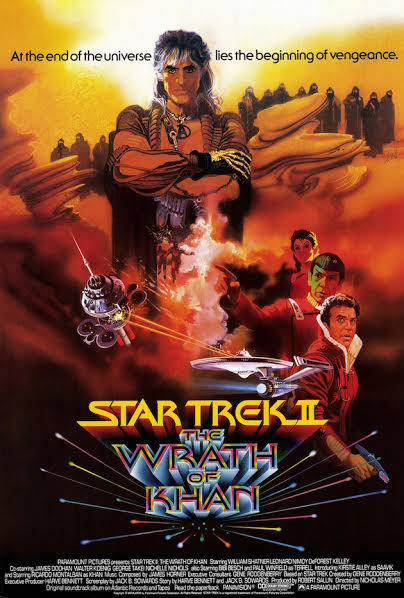 Star Trek II: The Wrath of Khan, the epic science-fiction adventure that continues to captivate audiences, marks its 35th anniversary with a two-day-only return to cinemas nationwide. Star Trek II: The Wrath of Khan will be presented in a digitally remastered Director’s Cut and, as an added bonus for Star Trek and movie fans, William Shatner will appear in a newly produced in-depth interview that will play before each screening.

Fathom Events and Paramount Pictures will present Star Trek II: The Wrath of Khan on Sunday, September 10, and Wednesday, September 13, at 2:00 p.m. and 7:00 p.m. local time each day.

Tickets for Star Trek II: The Wrath of Khan 35th Anniversary can be purchased online by visiting www.FathomEvents.com or at participating theater box offices. Moviegoers throughout the U.S. will be able to enjoy this event in more than 600 select movie theaters. For a complete list of theater locations visit the Fathom Events website (theaters and participants are subject to change).

“Making Star Trek II seems like only yesterday,” Shatner said. “Even back then, we knew we were creating something really special, and to have The Wrath of Khan back on the big screen 35 years later is a wonderful testament both to the film itself and to the incredible passion of Star Trek fans.”

Director Nicholas Meyer’s Star Trek II: The Wrath of Khan, was a box-office hit upon its release – the sixth highest-grossing film of 1982 – and continues to be revered and quoted by fans. The film, a continuation of the original Star Trek series episode “The Space Seed,” finds longtime Starfleet nemesis Khan Noonien Singh (Ricardo Montalban) alive and well, marooned on a seemingly lifeless planet. When he’s discovered by Chekov (Walter Koenig), Khan will stop at nothing to exact revenge against the man who exiled him on the barren world: Admiral James T. Kirk.

Kirk must lead his loyal crew – including Spock (Leonard Nimoy), Bones (DeForest Kelley), Uhura (Nichelle Nichols), Sulu (George Takei), Scotty (James Doohan) – and an unprepared group of trainees led by half-Vulcan, half-Romulan Lt. Saavik (Kirstie Alley) in a race against time to stop Khan from deploying a device that threatens the entire universe. Bibi Besch, Paul Winfield and Merritt Butrick also star in the film, which features an unforgettable musical score by the late James Horner. The Director’s Cut of Star Trek II: The Wrath of Khan is currently available on Blu-ray™, with more than two hours of in-depth bonus features.

“Star Trek II holds a special place in the hearts of Star Trek fans,” Tom Lucas, Fathom Events VP of Studio Relations, said. “Fathom is proud to work with Paramount Pictures to present it again on the big screen, with all of its excitement, action, drama and emotion.”