Genre TV Talk: Sci-Fi Comedies Dominate The First Half Of 2020 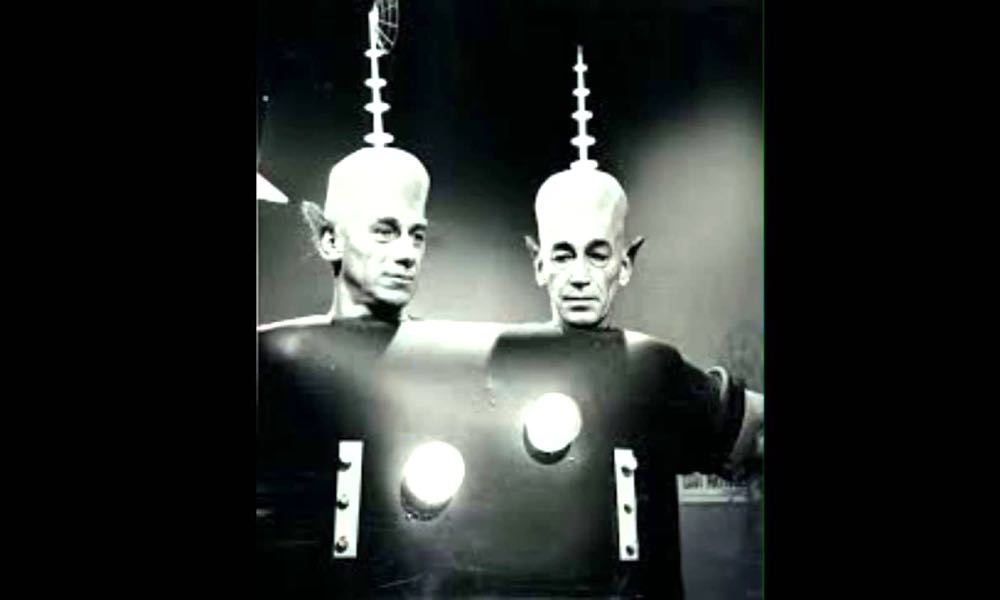 Welcome, it’s been a while since I have dome one of these, so please bear with me while I attempt to get back up to speed. Just like usual, this time around, we are taking a look at and sharing some thoughts regarding some of the more memorable recent genre offerings designed for consumption on the home screen. Included in this edition, and representing the first half of 2020, we have several new science fiction comedies, both live-action and animated.

Perhaps inspired by the rise and subsequent demise of The Orville, Seth McFarlane’s adult Star Trek: The Next Generation parody, the first half of 2020 saw the arrival of a rash of science fiction comedies from several providers cut from the same cloth. Seemingly the current class of producers simultaneously decided this subgenre is a niche needing more attention.

The thing is, science fiction comedy is not easy. Otherwise, there would be more titles of all the excellent science fiction comedies of the past that readily come to mind. Following in the footsteps of live-action shows like Alf, and Red Dwarf or animated series like  Futurama, or Invader Zim is harder than it looks. A couple of the series we take a look at here provide further proof that cracking the code of science fiction comedy is sometimes no easy feat. I feel like I should mention another sci-fi comedy series Solar Opposites that I already examined in another article. In some ways,  this very entertaining and amusing show is the funniest animated series I have seen in a while.

So, without further ado, in the order I watched them in, is the 2020 freshmen class of science fiction comedy series. 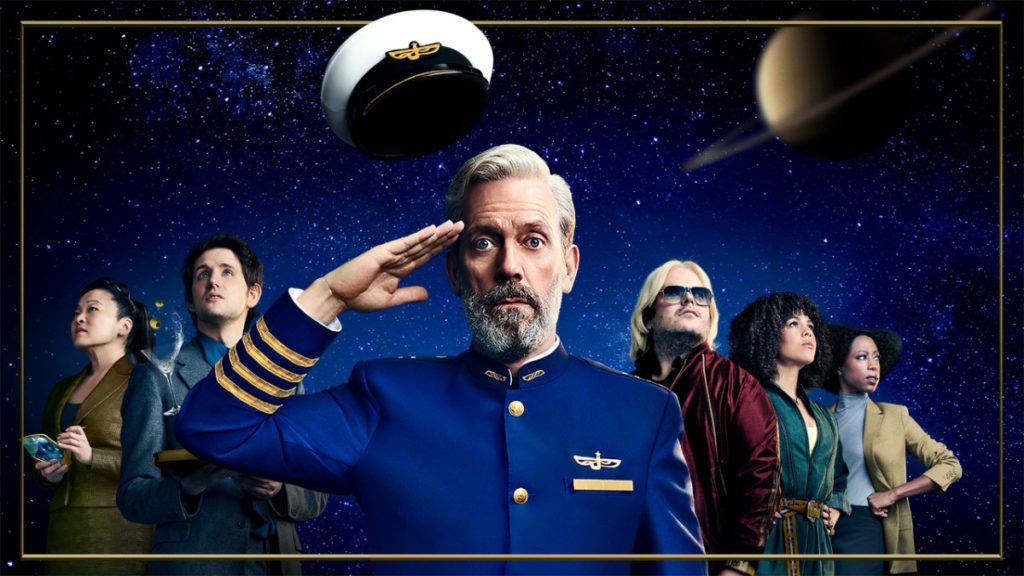 AVENUE 5 (HBO – 2020): Avenue 5 is a sci-fi comedy series that is a puzzler to me. It stars Hugh Laurie and Josh Gad in lead roles as captain and owner of a fictional interplanetary cruise ship Avenue 5.

Take a collection of sitcom cliches and stereotypes and put them all on a luxury cruise ship in outer space where everything goes wrong, and you have the premise for Avenue 5. Sounds like fun, right? Trust me; it isn’t; whatever this series is trying to accomplish comedically, it doesn’t work for me at all. The chemistry between cast members, including delivery, timing, inspired dialogue? There’s none of it there. I got lured into watching this one because it features Hugh freakin’ Laurie in the cast. I stuck around until the end because I figured I must be missing something, and it has to get better, right? I mean, come on, not funny poop jokes are the best you could do? Avenue 5  is lacking in witty, amusing dialogue, laugh out loud comedic situations,  engaging intelligent satire, excellent special effects, or anything else to recommend this disappointing show. Avenue 5 got renewed for a second season. 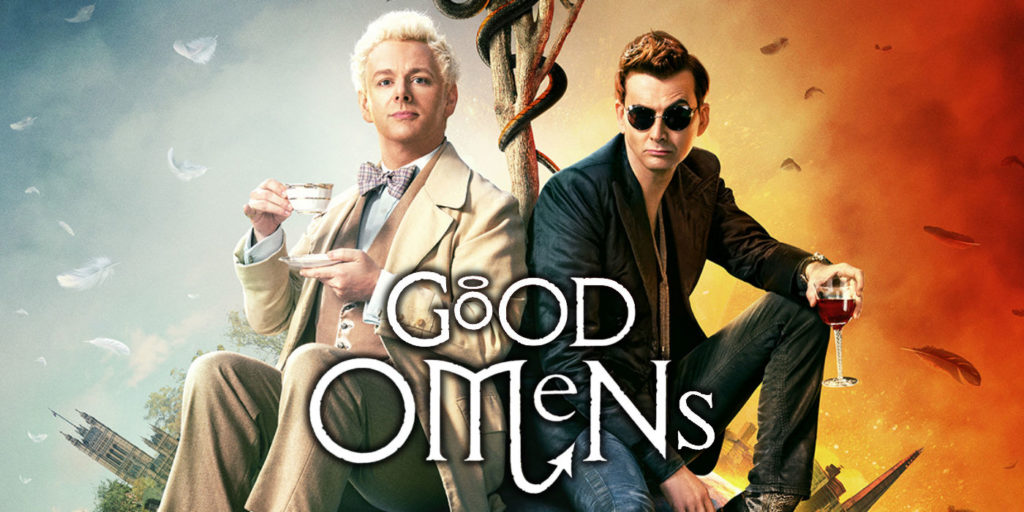 GOOD OMENS (Amazon – 2020): Good Omens is a miniseries based on the 1990 novel of the same name by Terry Pratchett and Neil Gaiman. A co-production between Amazon Studios and BBC Studios, the six-episode series was created and written by Gaiman, who also served as showrunner. Douglas Mackinnon directed the series. Good Omens stars an ensemble cast led by David Tennant, Michael Sheen, Adria Arjona, Miranda Richardson, Michael McKean, Jack Whitehall, Jon Hamm, and Frances McDormand as the voice of God.

Goof Omens is one of those stories that manages to be quite dark and ironically very amusing at the same time. This charming satire of the Omen movie franchise (1976-2015) is a delightful series that bears the unmistakable breeding of the BBC, and all that implies. Not only is this series loaded with charm, but Good Omens is also a dark and witty satire that pokes fun at anything and everything, including life and death, heaven and hell, good and evil, and everything in between. Tenet and Sheen are excellent in this as a pair of middle-aged queens fed up with their lot. These two disgruntled employees upset the plans of both heaven and hell with hilarious results. 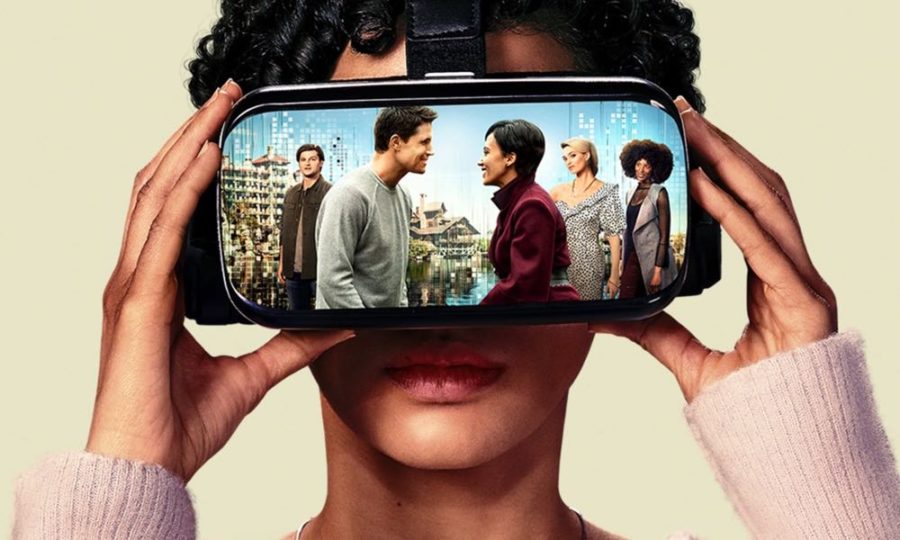 UPLOAD (Amazon – 2020): Rom-com and science fiction are not phrases you would typically see in the same sentence, but that, in part, is what Upload is,  a sci-fi romantic comedy on the surface, that’s also more. While a romantic comedy plot is the main thrust of this enjoyable cyberpunk series set in the near future, This series goes much deeper. Upload also has a generous share of cutting satire that pokes fun at relationships, life and death and everything in between. Upload is an enjoyable mix of sci-fi, satire, and comedy with modern sensibilities.

Upload derives a lot of its humor from, while simultaneously providing a fresh look at the old sci-fi trope of uploading your consciousness into a computer and achieving a sort of immortality. This series pops the ballon of that fantasy and mercilessly examines all the drawbacks to what that might be like in reality. It’s a route riddled with all sorts of shortcomings.

For starters, set in a very familiar seeming modern corporatocracy, the show has a lot of fun depicting the afterlife as still being about the haves and have-nots. There’s a direct correlation between how much you have in the bank and the quality of the afterlife you enjoy. This virtual existence features a lot of the typical characteristics of using a computer, both good and bad. The show doesn’t pull any punches in how it depicts the somewhat gruesome one-way process that reduces you to a digital file, a file that is subject to the endless assortment of problems one regularly encounters in computers. Its funny stuff but, behind the laughs, it’s also pretty dark at times. The series first season ends on a cliffhanger. Upload already got renewed for a second season. 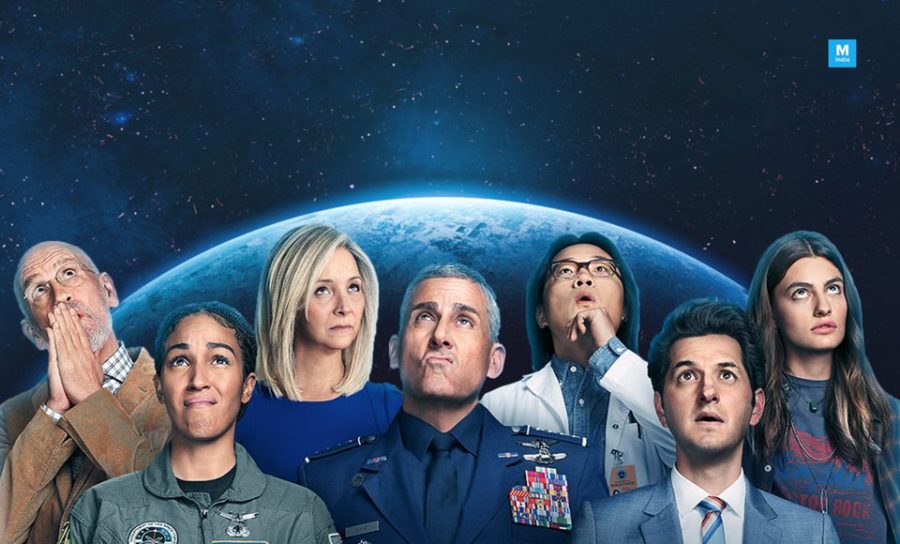 SPACE FORCE (Netflix – 2020): Space Force is an American comedy television series it centers on a group of people tasked with establishing the sixth branch of the United States Armed Forces, the United States Space Force. Carell’s character, Mark Naird, is the first general of the Space Force and is in charge of the effort, and the series follows his collaboration to get “boots on the moon” by 2024, per the orders of the president. It stars Carell, John Malkovich, Ben Schwartz, Diana Silvers, and Tawny Newsome.

When I started watching Space Force, it made me sad. For some reason, I forgot that sometimes a new show needs time to find its footing. Like a novice TV viewer, I was expecting something polished and genuinely funny right out of the gate, and as an old hand at this, I should have known better. Still, it was a little shocking, Carrel, for some reason, is initially missing in action. The chemistry I had envisioned between two seasoned pros like Carrel and Malkovitch was simply not there, and if anything, their exchanges were awkward and even clumsy. What a revolting development.

I kept watching, and a couple of things happened. After a couple of episodes, I realized that, at least for now, this is Malkoviths show his performance as the sarcastic head scientist was thoroughly enjoyable stuff. Soon enough, after a few episodes, I noticed the chemistry between the two leads started to click, and we were in business. Space Force started gelling into a smart ensemble comedy. Seemingly the relationship between  Naird and Mallory is another version of the classic odd-couple dynamic already developing between Carrels xenophobic General Naird, who goes by his gut (despite obvious indications to do otherwise) and the pure reasoning employed by Malkovitch’s brilliant Dr. Mallory.

Space Force is an ambitious, somewhat atypical sit-com; this series sets up multiple storylines out of the gate. For example, the series juggles some more science fiction ideas, like a space race narrative with China, while also pursuing more typical sitcom plotlines like Carrel’s General Naird character’s relationship with his alienated teenage daughter. The show, so far, at least, only shows a passing interest in exploring the apparent potential for mining the government and military angles for comedy gold Space Force’s depiction of meetings of the chiefs of staff has so far only scratched the surface for the comedy to come. In a surprising juxtaposition to all this, Space  Force somehow found time to develop a couple of charming little romantic subplots from its supporting cast to include also.

After watching the entire first season, it becomes evident that Space Force is one of those shows that uses its whole first season in service to introducing its characters and the world they live in all as a setup for season two. The Show does a great job setting us up with a kind of cliffhanger finish, so we just have to know what’s next. I can’t wait to see season 2 of this; I expect it will be great TV.