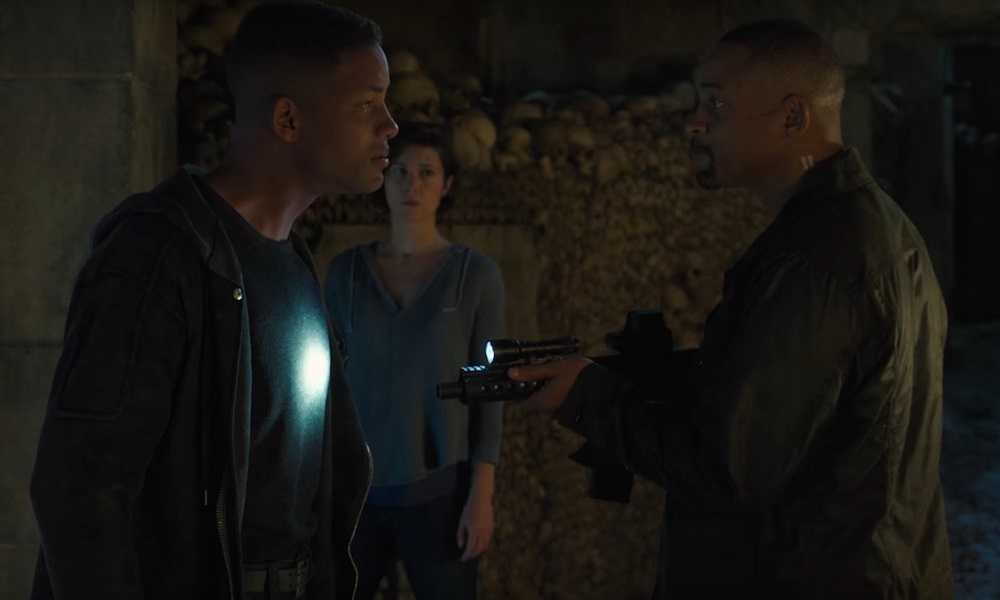 A name like Ang Lee evokes sky-high expectations solely due to the fact that… well, he’s Ang Lee. As one of the greatest filmmakers currently working today, his name carries certain expectations, which can be detrimental to a fun little bit of popcorn like Gemini Man. His work is always bold and ambitious, even when it doesn’t work (looking at you Hulk) and the comparative modesty of his latest effort is bound to feel like a bit of a letdown. The secret to enjoying Gemini Man is to accept it as it is and go along for the ride. The more you strip down the experience, the more enjoyable it all becomes.

The big-picture stuff stays pretty straightforward, and if you’ve seen the trailer, you’ve pretty much picked up everything you need to know about the plot. DIA triggerman Henry Broggin (Will Smith) has logged a number of spectacular kill shots in a long career of covertly assassinating bad guys. But the years are catching up to him and he’s starting to see the faces of those he’s assassinated when he closes his eyes, so it’s retirement and a nice fishing boat for him. Naturally, those calling the shots feel differently, and when he proves difficult to kill, they send in a ringer: a younger, faster, less scrupulous clone of himself.

The bulk of the film follows a predictable arc, as Broggin picks up a few buddies (Mary Elizabeth Winstead and Benedict Wong, both acquitting themselves well) in his search for the origins of this attack and the creation of his younger self. That trail ends with Clive Owen’s boilerplate villain, and while the actor does a good job making him interesting, he doesn’t have a lot to work with. Similarly, the reasoning behind his scheme lacks much in the way to depth or oomph, beyond basic notions of scientists playing God for militaristic purposes. Lee does better with meditations on what makes the young clone different from the older original – toying quietly with nature vs. nurture ideas– but he can’t spin stew out of an oyster, and the content simply lacks the heft for such conceits. Considering the caliber of filmmaking on display, that’s definitely an opportunity lost.

But if you can forgive Gemini Man for that, the rest of the film remains quite a romp. Lee and his team have a flair for colorful fight scenes, along with some seamless effects to give the various payoff moments some heft. The plot involves a lot of unnecessary rushing to and fro, but the cast keeps up, and their easy banter helps humanize them amid a movie that might overwise have been an elaborate effects exercise. We see human beings fighting instead of abstract constructs, and with Smith’s always winning persona front and center (with the “I’m playing against myself” antics toned down), the action becomes lively and fun instead of just technically proficient.

Lee also takes care to make the logical details of the scene intriguing. We see how and why Broggin is so good at his job, instead of just being told that he’s good at it, and the director lets that play out during the set pieces. It gives the action a nice shot in the arm: with the two combatants trying different tactics in an attempt to one-up the other and the audience betting on the outcome.

That’s really the only trick (besides a strong cast ready to guide the story past its rough points), and frankly, it doesn’t need anything more. This will never rank among the Crouching Tigers and Brokeback Mountains of Lee’s career, and frankly, it’s reasonable to expect a higher standard from this director. But that’s not required for a fun night at the movies, and despite its flaws Gemini Man delivers on that front in spades. Lower your sights and the target becomes that much easier to hit.