Game of Thrones (Music from the HBO Seres) Season 6 Review 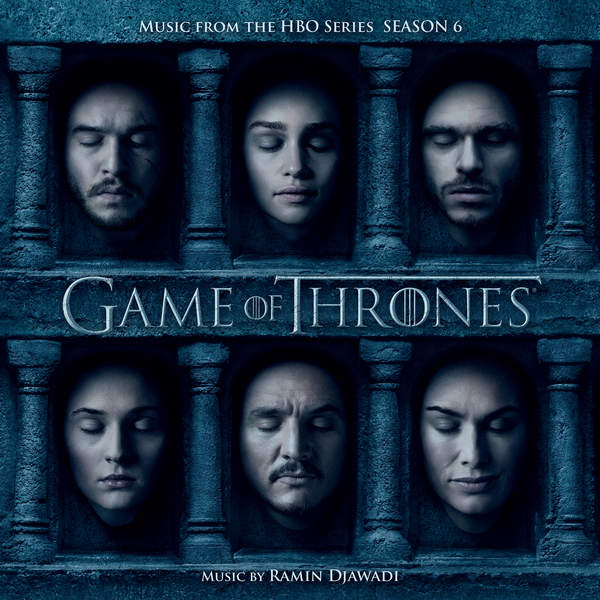 Now that the Battle of the Bastards is over, Daenerys Targaryen is finally in the game, and Winter has come, we can begin the long wait for season 7 of Game of Thrones. It will be a longer wait this time. How long? Not as long as it took for Winter to arrive, but more than enough time to drive us all crazy speculating on what will happen next.

I take great comfort in listening to the music from Game of Thrones in my waiting. Ramin Djawadi, who has composed music for all sixty episodes now, is emerging as a new master for television and film scores. Nothing further illustrates that than this new collection of music from Season 6. Before the album was even released, several tracks from his season appeared on soundcloud.com. One track, for which I had no pretext for, caught my attention. It is by far my favorite piece of music this year. To not keep you in further suspense, here it is:
At nearly 10 minutes long, “Light of the Seventh” (track #3), is a piece of music I found to encompass the entire saga of Game of Thrones. It is more than just the scene which it accompanies. It is the humble beginnings of the Starks setting out to support their friend and King. It is the brutality the Lannisters have for both family and foes. Finally, it is about the quiet little girl with no one left who learns that true strength comes from within. The scene in which “Light of the Seventh” plays, in most ways, catapults those sentiments with Cersei Lannister’s slaughter of her rivals in King’s Landing. It starts off slow, glides on piano keys, spins from a children’s chorus into a frenzy of strings that drown in a pipe organ. You will find no better piece of music this year. Trust me.

“Khaleesi” (track #10) is an incredible theme for the character. Clearly, this is different from any music she has had before as it now echoes her strength and power. It is also extremely reminiscent of Djawadi’s now iconic theme for the show (track #1). However, the main difference is the background chorus that elevates everything to a new level. In short, the chorus reminds us who the true ruler of Westeros is.

Djawadi’s use of a chorus runs throughout this entire collection of music for Season 6. The final track for the CD, is “The Winds of Winter” (track #19). It’s fitting as this was the last piece of music we heard as Daenerys Targaryen sailed to Westeros with her army. Many fans of the series will appreciate the words used for the chorus; it is as if the theme for Game of Thrones finally has lyrics.

With over 90 minutes of music for Season 6, I have only one question: By the old gods and the new, where is the rest? The digital download of the album encompasses 17 additional minutes of music and is worth the extra money. It is the only place you will hear “Hodor” (track 26) and be taken back to that oh so sad moment. Hopefully, when all is said and done and the game of thrones is over, WaterTower Music will release a complete score for each and every episode. Do you think this is out of the realm of possibilities? The BBC does this for each episode of Doctor Who and LA LA-Land did it for the original series of Star Trek. As a fan of both Game of Thrones and Ramin Djawadi, that music easily belongs in my collection.

Get the digital download of Game of Thrones Season 6 here from WaterTower Music!