LATEST
Home Movies Features G I Joe: The Rise Of Cobra (2009): I Confess – It’s A Guilty Pleasure I Enjoy, And Here’s Why 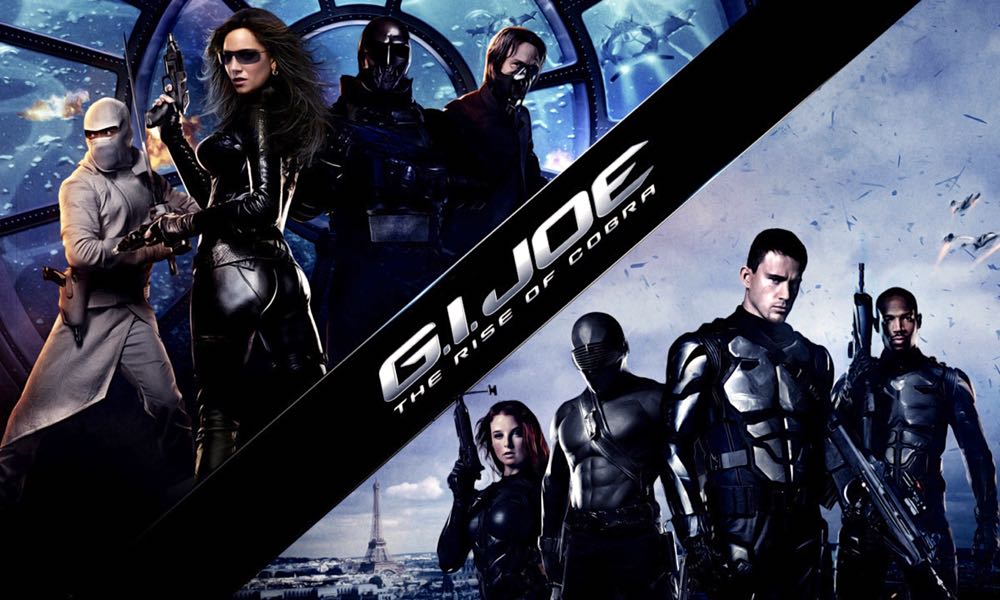 Before GI Joe became a movie franchise it represented a revolution in the toy industry  that led to it becoming the multi-million dollar phenomenon it is today Way back in the twentieth century, 1964 to be exact, toy maker Hasbro had the inspired idea to make dolls okay for boys to play with by rebranding them as action figures and G.I. Joe was born.

The toys became a juggernaut that led to an animated series and movies that eventually led to a live action film that despite the weak attempts at humor which led to a lot of silly dialogue was, beneath it all, a kick-ass, action adventure, science fiction film. G.I. Joe is a film that was designed to bring out the kid in its audience, and if you can relax for long enough to let it do that, it’s a fun ride.

G.I. Joe: The Rise of Cobra is a 2009 American military science fiction action film directed by Stephen Sommers, and based on the toy franchise created by Hasbro, with particular inspiration from the comic book series and cartoon series G.I. Joe: A Real American Hero. It is the first installment in the live-action G.I. Joe film series and part of a movie franchise that, unfortunately, has gone downhill since the original movie’s release.

G.I. Joe: The Rise Of Cobra is not great movie making, but what it is a relentless, unapologetic, CGI-filled, over-the-top, fast-paced action adventure movie that hardly ever slows its pace as it whisks us along to various locations around the globe on a mostly enjoyable wild ride. Sure, it’s dumb but its kind of fun. G.I. Joe has excellent production quality and art direction. Like the toy’s marketing slogan says, the story takes place on land in the sea, and the air and the film follows through with that promise to the hilt, the film turns the entire world into one planet-sized battlefield. G.I. Joe’s simple-minded screenplay creates and explains the relationships that connect all the characters involved in the film’s narrative satisfactorily enough. The result is a delightfully dumb experiment in escapism that kicks ass.

The film is like a genre fan’s dream come true featuring tons of fun high tech toys and science fiction gadgets mostly used and owned by the film’s bad guys, Cobra Commander, Destro, Zartan, and the Baroness. To name a few, they have futuristic submarines of various sizes, flying machines, and armaments galore, including the film’s McGuffin, prototype nanites, that in one of the movie’s spectacular set pieces destroy the Eifel Tower.

Of course, the Joes have their toys too, including powered armor suits that are put to use in a wild chase scene across Paris. The film also includes a secret sub-Saharan underground base, and an underwater Arctic base that both required impressive sets that provided excellent backdrops for spectacular battle scenes; it leaves no location on the planet unexplored for combat.

The Rise Of Cobra also includes the history of one of Gi Joe’s most fascinating and enigmatic characters, Gi Joe’s resident ninja, Snake Eyes. His story is the basis of one of the films significant subplots,  his mission to seek revenge on his former master’s killer, Storm Shadow, another ninja in the employ of the bad guys.

So, if you can get past the silly dialogue and the film’s other glaring flaws, GI Joe is an excellent action, adventure, and science fiction movie that Is a ton of fun if you give it a chance (like I have several times, It’s one of my go-to guilty pleasures).