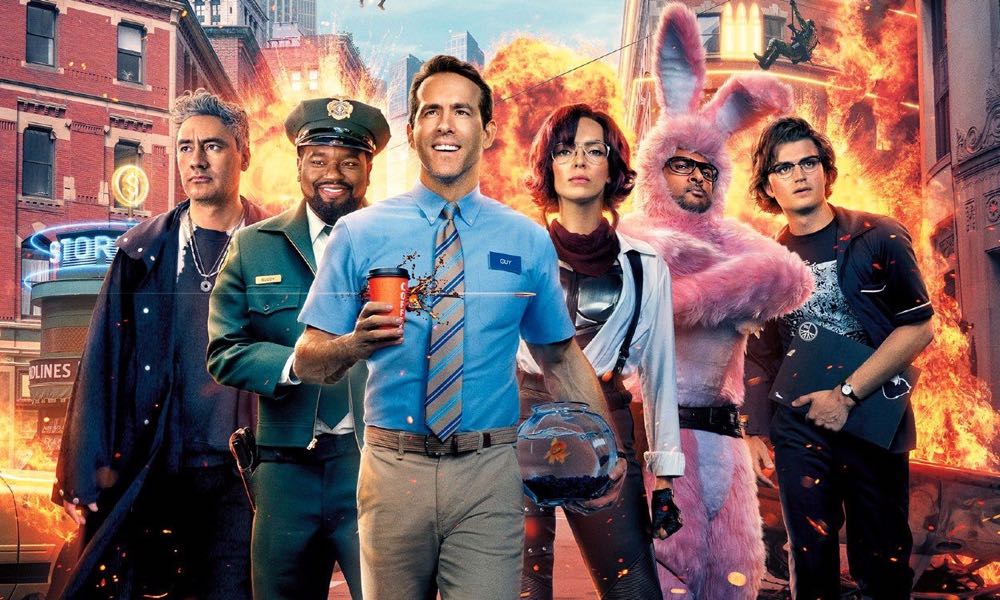 When I first heard about Free Guy, the new genre comedy that involves life inside a video game, I was expecting another video game-based story that might or might not be any good. After all, there have been a few attempts at stories that tackle that sub-genre over the years, including Disney’s classic Tron, which started it all and told the story of a real-life person experiencing life inside a computer game first hand and interacting with the game’s inhabitants and the sort of life they live within its confines. Like that film, the first to use computer-generated graphics, Free Guy does the same with liberal use of the latest cutting-edge and nearly seamless CGI to tell its story with great success, realizing the future promised all those years ago by the Disney classic. This next-generation film makes a statement that CGI as a storytelling tool in filmmaking is here to stay. So you may as well get used to its use in the future for the foreseeable future. Personally, it’s a development I am at peace with because it’s evident that anything that can help blur the lines between what’s real and what isn’t is a very effective tool for genre filmmaking.

There are similarities between the two films involving the predestined behavior of video game inhabitants. Free Guy takes those ideas further and is even more insightful in that regard portraying the lives of the inhabitants of Free City, the film’s modern MMORPG how they function in such a world with often amusing and even thought-provoking results. This film has a story that works on multiple levels beyond just fun and even touches on profound. This fast-paced, upbeat film is a love story, or, seen in another perspective, and another, it’s a story about friendship. In yet another, it’s about taking control of your life and breaking free of fear to shake things up, grow and evolve while making needed changes. The film’s narrative takes full advantage of living in a video game as a powerful allegory on several levels. Free Guy does all this while being a pointed, very entertaining, and effectively amusing satire of the culture surrounding violent video games, the games themselves, and the people obsessed with playing them. Also, this is a story with a lot of heart.

Not familiar with this title? Free Guy is a 2021 American science fiction/ action comedy film directed by Shawn Levy from Matt Lieberman and Zak Penn’s screenplay and a story by Lieberman. The film stars Ryan Reynolds as a non-descript eponymous bank teller that turns out to be so much more named Guy. He discovers that he is a non-player character in an open-world video game and becomes the story’s hero, trying to save his friends from deletion by the game’s creator. Jodie Comer, Joe Keery, Lil Rel Howery, Utkarsh Ambudkar, and Taika Waititi also star in the film.

The film’s cast is terrific from stem to stern, with especially noteworthy performances by Lil Rel Howery, Reynolds, and Waititi. Free Guy is a surprising film in several ways that is frequently hilarious and thoroughly enjoyable.