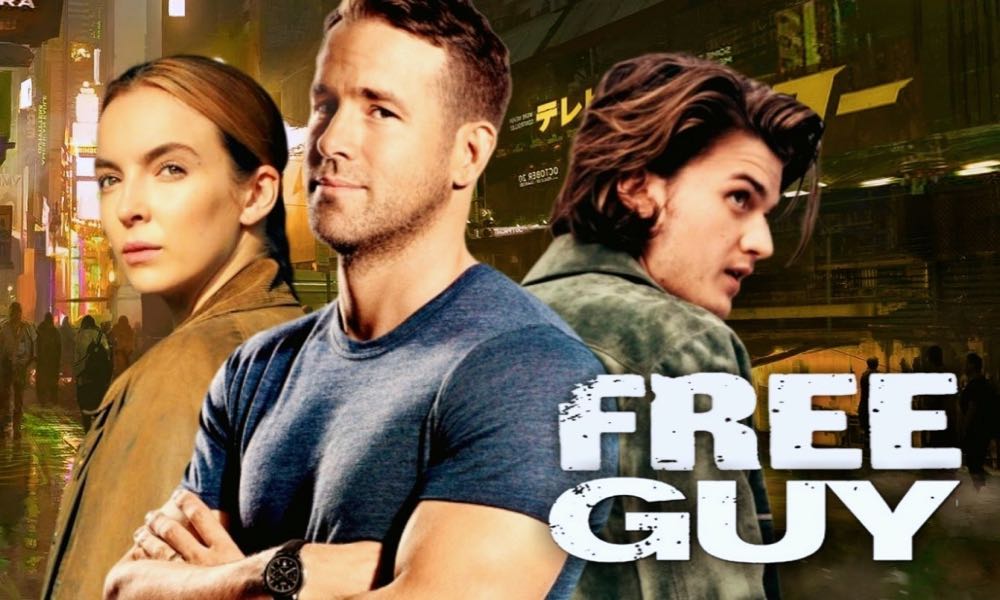 The first amusing and action-packed trailer for Ryan Reynolds’ Free Guy premiered Saturday at the CCXP convention in Brazil. Reynolds stars as Guy, a bank teller and NPC (non-playable character) who discovers he’s living in a video game where the chaos and violence that constantly occurs around him is taken for granted and that when it does get acknowledged, is spoken of as a routine part of life. That is until Guy goes off-script.

The premise of the film’s narrative is that Guy is impervious to damage, feels no pain and when he tries on a pair of glasses normally reserved for game players it results in Guy becoming a superhero of sorts inside the virtual reality he occupies. The trailer segues into a spy-fi type narrative with an amusing evil villain counterpart and lady spy ally for Guy called Molotov Girl.