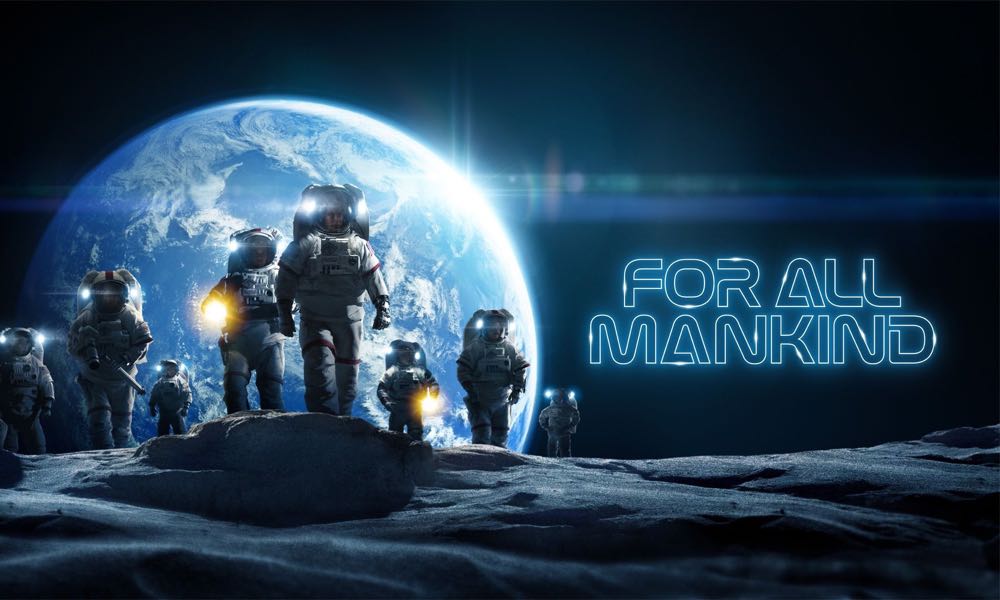 After finishing season one of Apple TVA’s big-budget, quasi-sequel, to 1997’s memorable All The Right Stuff, such a massive and quality production had earned some acknowledgment. I felt like so much effort by so many, deserved at least a few words from a member of the audience it was intended to entertain.

Essentially a retro-styled period piece that takes place in an alternative reality closely resembling our own, For All Mankind retells in a mostly grounded fashion the history of the space race and America’s role in that race, along with the plethora of people involved in that situation, and the effects it has on their lives and relationships. When I spotted the name of Ronald D. Moore listed as the show’s creator in the credits, my expectations for this series were immediately altered. I was soon proven correct in my suspicions of what to expect from this series; it’s exactly the sort of sprawling human drama Mr. Moore seems to delight in writing. The events taking place within the show’s narrative handled differently would be thoroughly entertaining on their own. However, true to form, Mr. Moore keeps the show’s emphasis stubbornly fixed on the narrative’s human drama elements, keeping most of the series’s sci-fi aspects mostly as background, making the series, at its core, a very expensive soap-opers and depending on how big a fan you are of this kind of material, I suppose it could even be considered compelling by some.

Of course, that doesn’t mean this series is all bad by any means. For All Mankind, between pandering to its female and gay audience members and repeated and sometimes amusing references to our own reality, this series has some truly memorable moments. The series thoroughly explores the human condition, including the darker parts of our nature, and recognizes all the little moments and things we desperately cling to to feel more human. I don’t want to create the impression this series is all soap, although there is a lot. For All Mankind is dotted with enough actual action or outer space scenes to keep the viewer interested.

One thing about this series is after a while; it succeeds in lulling you into thinking these people are real. Occasionally, I had to remind myself that whenever a character is in a tight spot and is lucky enough to survive, it’s not luck or God on their side; these people and situations are only part of Moore’s puppet show.

Not familiar with this title? For All Mankind is an American science fiction streaming television series created and written by Ronald D. Moore, Matt Wolpert, and Ben Nedivi and produced for Apple TV+. The series dramatizes an alternate history depicting “what would have happened if the global space race had never ended” after the Soviet Union succeeds in the first crewed Moon landing ahead of the United States.

Kinnaman and the rest of the excellent cast do most of the heavy lifting here in service to Moore’s soap-opera approach to telling this story. When all is said and done, I suppose I enjoyed this series to some degree, But I can not help but think it could be much better without all of the classic cliched soap-opera devices the series uses to create drama. I will be watching season 2 not because I’, hooked, but more out of curiosity. I need to know how the story ends.