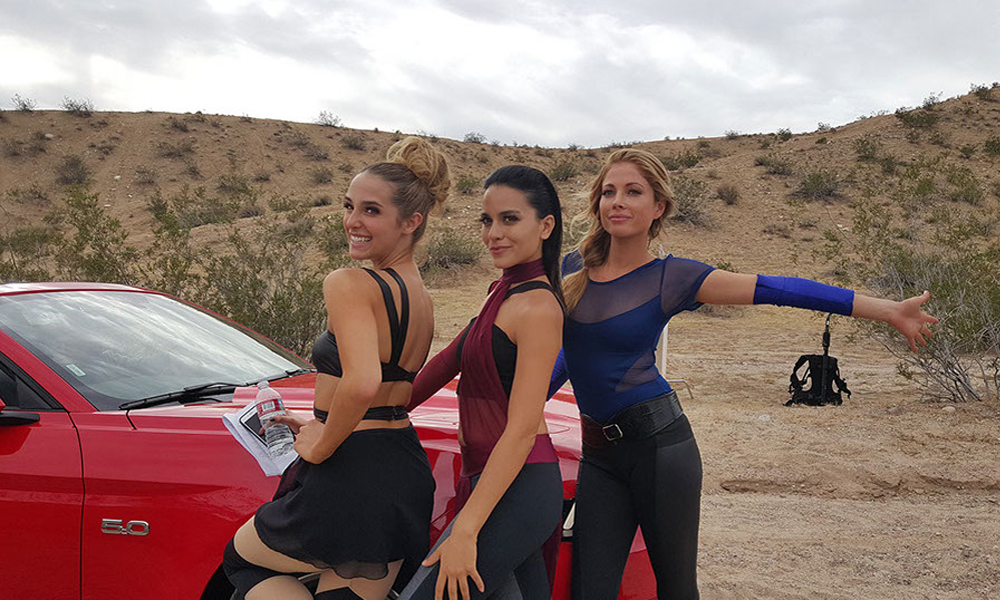 “The universe is stupid.”
This is one of the first lines spoken in Flashout.
It lays out solidly that the following is not to witnessed as some kind of hard science 2001 or an exciting and self-contained Star Wars tale. 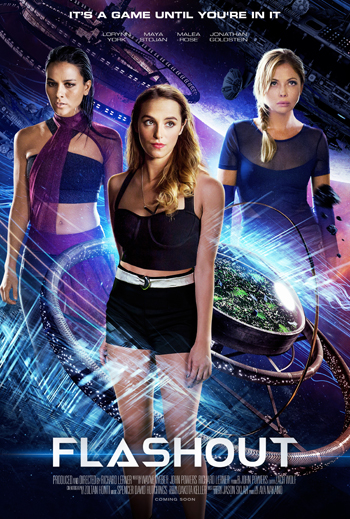 The following will regard itself with a detached ironic smile, and hopes the viewer will do the same.
Special effects are just not as special as they used to be. Everyone can patch together at least television worthy computer animation and decent production values on a reasonable budget. Even blockbusters no longer have the free pass of impressive visuals. The contemporary audience who is no longer wowed by the tricks they have come to understand needs something new: inventive and thought-provoking concepts. Or if not thought provoking, at least entertaining and strange.

This writer/director is no stranger to crowd pleasing B pictures and Flashout feels like a strange clash between modern technology and a time when science fiction didn’t have to entirely make sense, it just had to play with ideas, have attractive leads, and stagger sequences of exposition with action.

Flashout has the perfect armor against too much criticism: it is not an entirely serious affair. The techno-babble is ridiculous but sound a bit like a nineteen sixties approach to the future: stuff just happens because future technology is basically magic. Costumes too have a campy retro-sci-fi look which also accommodates for many members of the cast being accomplished dancers.

There are movies that are intentionally bad, and then there’s films that don’t mind too much that they are not going to win any Oscars. For comparison’s sake the most commonly echoed productions in Flashout are Hitchhiker’s Guide to the Galaxy, Bill and Ted’s Excellent Adventure, and perhaps Existenz. That is to see it veers between wacky intentionally…and less intentionally.

This would fit nicely into a bad or B movie night lineup. It’s not dull, everyone seems both earnest about their performances but aware enough of how silly the premise can be you don’t feel bad about making fun of it. It’s the kind of combination of not giving the game away by winking too broadly but being so inherently and unapologetically goofy it feels like everyone involved had a good time and you may too in the right sort of mood for something bizarre, ludicrous, but with a charm to the whole preceding you only get when you care.