From the skies of Scarif in Rogue One to the climactic clash above Endor in Return of the Jedi, starfighters have played a pivotal role in almost every defining battle of the Galactic Civil War. During these confrontations, the brave members of the Rebel Alliance faced seemingly insurmountable odds, squaring off against the merciless forces of the Galactic Empire in intense, ship-to-ship space combat. 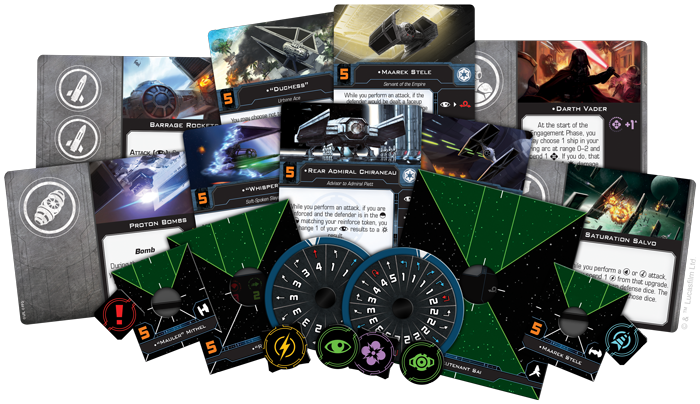 Since its release, X-Wing™Miniatures Game has invited you to enter the Star Wars galaxy and play out your own battles with some of the series’ most iconic starfighters. Leading custom-built squadrons into fast-paced, high-stakes battles, you’ve flown with the Galactic Empire, the Rebel Alliance, and the Scum and Villainy of the galaxy in countless battles. You’ve modified your ships for every scrap of speed, maneuverability, and firepower. Now, it’s time for a new chapter in your X-Wing journey.

Today, Fantasy Flight Games is excited to announce the next evolution of your interstellar dogfights: X-Wing Second Edition, a game of daring space combat for two players! With three fully assembled and beautifully pre-painted ships, and all the cards, movement tools, tokens, and dice that you need to get flying with the second edition, the X-Wing Second Edition Core Set is the perfect way to introduce yourself to the new mechanics or experience X-Wing for the first time. 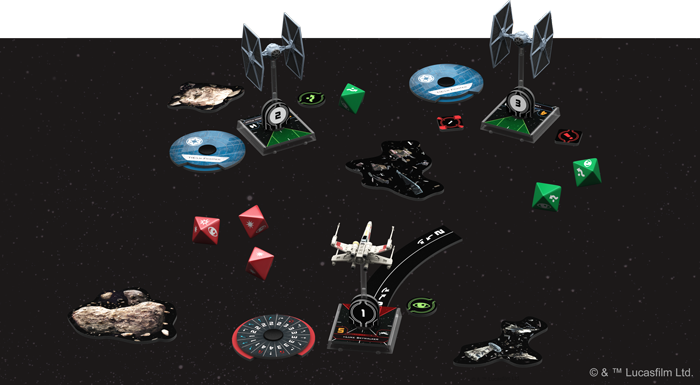 While the X-Wing Second Edition Core Set provides everything you need to get started with your first space battles in the new edition, it isn’t all that will be on offer. You can bring your full collection of first edition ships into the new edition with Conversion Kits for the Galactic Empire, Rebel Alliance, and Scum and Villainy. What’s more, a full hangar bay of expansions will launch alongside the Core Set, giving you plenty of options for creating your squadrons and customizing your X-Wing Second Edition experience.  Watch the trailer below for a taste of what awaits in X-Wing Second Edition.

Why Second Edition?
Since 2012 and the release of the game, X-Wing Miniatures Game has grown and expanded to become a massive bestseller. Fourteen waves and fifty-eight distinct starships provided a massive library of ships and tactical possibilities, giving you the chance to field hundreds of unique squadrons in their space battles across the Star Wars saga.

Despite the massive success of the game’s first edition, we believe that by advancing the game to a second edition, X-Wing can offer an even better experience! There are four primary places where we believe X-Wing Second Edition will offer a renewed and improved experience:

With X-Wing Second Edition, gameplay has been refined across the board, implementing minor tweaks and changes to improve the game’s flow, clean up interactions, and refocus the game on the physical act of flying starships. For more information about the gameplay tweaks implemented in X-Wing Second Edition, click here to read our FAQ!
The Force is a crucial part of the Star Wars galaxy that has historically played a smaller role in the game of X-Wing. With the release of X-Wing Second Edition, we have the chance to implement the Force as an important part of the game, affecting how you fly your ships and the choices that you make in the heat of battle. For more information about the Force and how it plays out in your games of X-Wing, just keep reading!
Faction identities have been strengthened in X-Wing Second Edition, giving each faction more unique tactics and strategies. Flying a squadron of Scum and Villainy starships should feel very different from flying an Imperial squadron, and with the game’s second edition, those differences are more present than ever before. What’s more, the First Order and Resistance have been reformed into their own distinct factions, separate from the Rebel Alliance and Galactic Empire, with their own themes, strengths, and weaknesses.