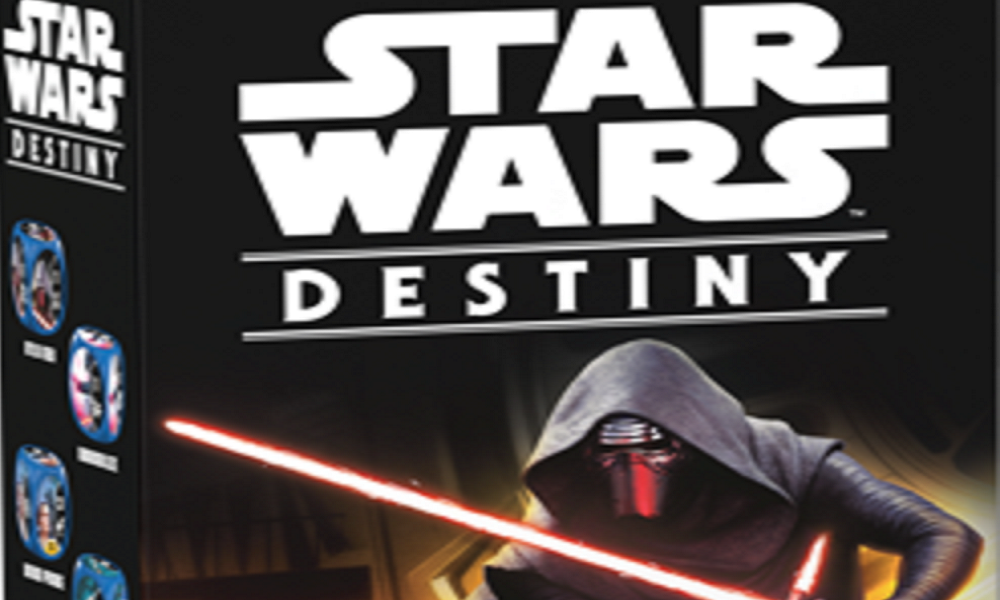 Fantasy Flight Games is proud to announce the upcoming release of Star Wars: Destiny, a collectible dice and card game of battles between iconic heroes and villains that will encompass characters, locations, and themes from the entire Star Wars saga. 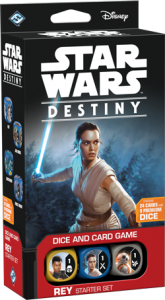 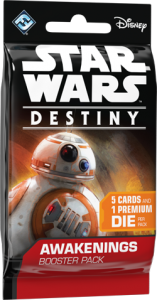 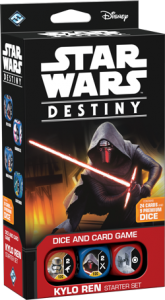 In Star Wars: Destiny, two players engage in a fast-paced duel, each striving to eliminate the other’s characters ﬁrst. The game’s innovative mechanics combine dice-driven combat with faction-driven hand management. Straightforward rules make the game easy to learn, but also enable deep strategic thinking and clever deckbuilding. Players will be able to create decks that include characters from every faction and any era, as long as heroes and villains are on opposite sides of the ﬁght. For example, Padmé Amidala might ﬁght alongside Rey and Finn, taking on Jabba the Hutt, Kylo Ren, and Jango Fett.

“There’s something for everyone in Destiny,” says the lead designer, Lukas Litzsinger. “ You choose between your favorite Star Wars characters when constructing your team. You play the odds with large, beautifully printed dice. You snatch victory from the jaws of defeat with opportune card plays. It is a back and forth battle of wits that is easy to learn but difﬁcult to master.”

Star Wars: Destiny will launch with two starter sets featuring Rey and Kylo Ren from The Force Awakens, and a range of Awakenings booster packs. Each starter set will contain nine premium dice and twenty-four cards; each booster will contain ﬁve cards and one die. This collectible format will allow players to enter the game at their own pace, expand when they’re ready, and experience new discoveries with every booster pack. Star Wars: Destiny will exist side-by-side with Fantasy Flight’s Living Card Games, which have been extremely successful and which will continue to be supported and developed.

The Star Wars: Destiny starters sets and Awakenings booster packs are currently scheduled to become available simultaneously in November of this year.