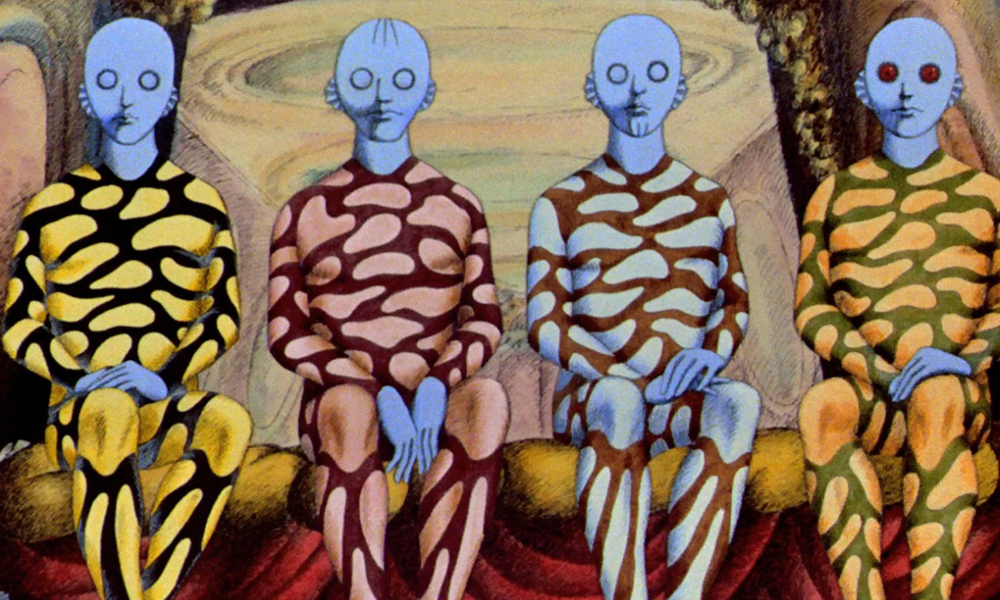 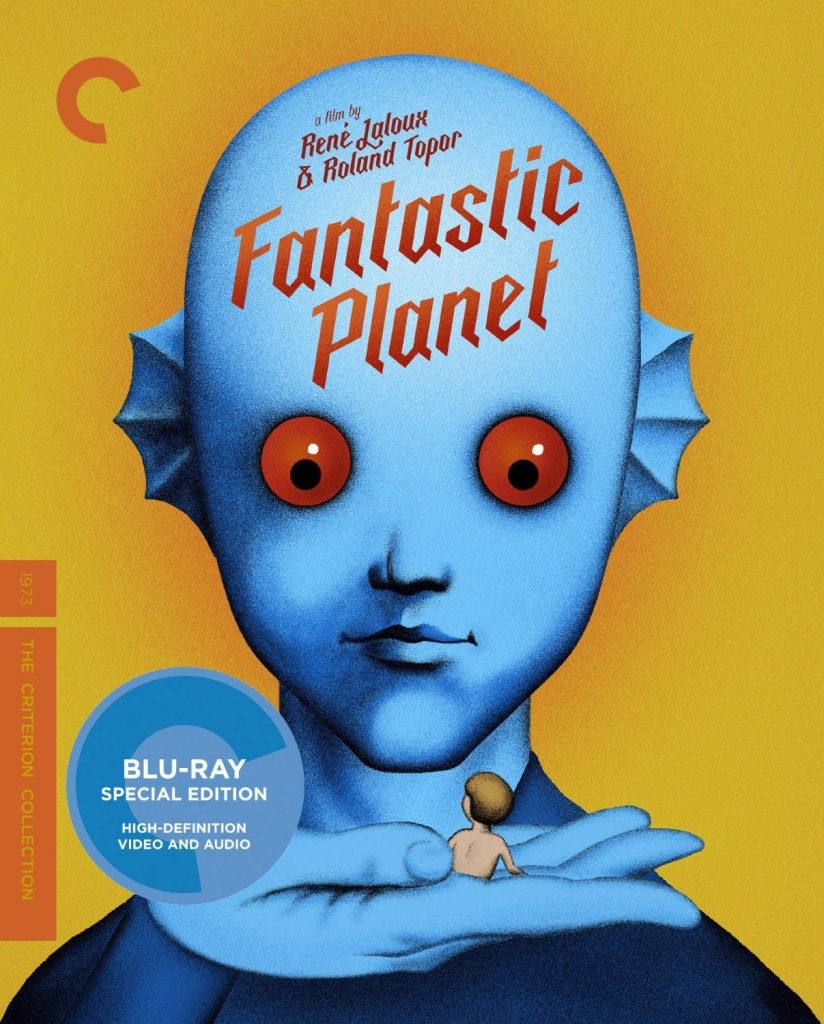 Nothing is better than a Criterion film. Picked like a fine bottle of wine, their selection is something that any true film aficionados will open their wallets for. For their #820 film they picked the 1973 Cannes Film Festival special award winner, Fantastic Planet. The film has always been a curiosity of mine. I once picked it up at video store only to discover the tape had been so warped that the subtitles were illegible. Now with the modern advances of Blu-ray, I can choose to watch the film with subtitles or hear the translation. I had no expectations, only that this film had joined the ranks of Criterion. That alone made it worthwhile.

Fantastic Planet opens with a mother, holding her child, running in fright. A giant blue hand comes down to stop her in her tracks. The mother turns to the left and to the right. She is obviously being toyed with and is then killed. Her child, a young boy, is picked up by Tiwa (Jennifer Drake), a Dragg, and a giant to the child. She decides to keep him as a pet and thus begins our story.

Little backstory is given as to how the Draggs came to enslave human beings, known as Oms, on their world. This is the way of things and truly a nightmare for Oms. Quickly, we learn that Tiwa is a young girl among her people. She names her new pet Terr (Jean Valmont), fits him with a collar, and dresses him as a human girl would dress a doll. The irony will not be lost on you as Tiwa, a good-natured being, keeps Terr away from her friend’s games that use Oms in combat. The film quickly mirrors how we humans treat the smaller creatures on our planet for our own amusement. That isn’t the story here. In fact, it is one of rebellion and escape.

Tiwa becomes infatuated with Terr. At one point she even tries to imitate the Om facial look with makeup. She loves Terr so much that she educates him with the same devices she receives all her lessons. Terr sees the value in learning and strives for the day of his own escape. The sub plot of the film is how the Draggs amuse themselves. There are hints at what they are doing, but it becomes the lynch pin in Terr’s and the Oms’ emancipation. Terr’s immediate problem is escaping Tiwa. As it with his any child, the favorite toy quickly becomes forgotten as maturity sets in. Terr finds salvation in the savage Oms that live in the nearby park.

Terr, the outsider, quickly finds his place among these Oms by using his unprecedented knowledge of the Draggs’ science and technology to unify them. He helps them to establish a culture of their own in the ruins of a Dragg city. Terr then leads them to a nearby moon, where the Draggs have something going on, but the Oms presence quickly destroy this essential part of Dragg civilization. With the Oms’ freedom guaranteed, the Draggs now have to adapt to a new life. Just when you think the third act of the film is about to begin, it is actually over. I’ll be honest, I expected a little more out of the final act. The lesson was not lost on me, it just felt as if there should be more for the Oms. There was so much about the oppression and escape, but nothing about their new world. You won’t feel cheated, but you’ll question why the end feels cut short.

Fantastic Planet is an experience. It is a lesson worth sharing with anyone over the age of 13. They’ll be sucked in by the science fiction story, but by its end they will learn a true lesson about freedom and the value of life.

• Laloux sauvage, a 2009 documentary on Laloux

• PLUS: An essay by critic Michael Brooke