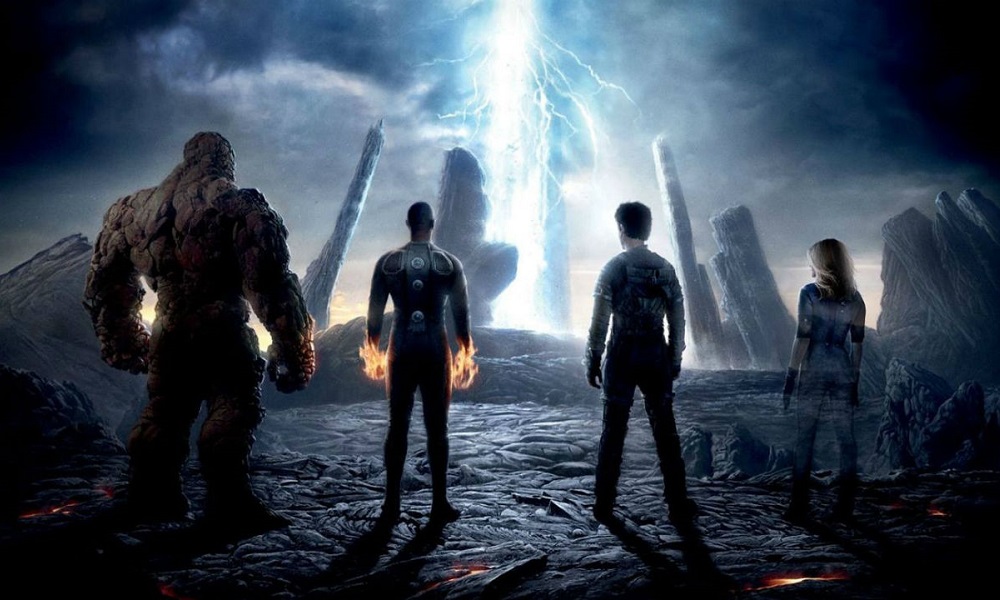 The schadenfreude runs true and deep with Fantastic Four as superhero fatigue coupled with one of the more troubled productions in recent memory has set it up for a first-class barn burning. Frankly, if you need something to attack that fiercely, take another stab at Pixels, made by people who honestly didn’t care if it was any good. Fantastic Four might have been good. It might even have been great had things turned out differently. But the effort was there at least, and in many ways that’s worse. Hollywood’s rumor mill is going into overdrive citing the causes, but I won’t speculate on them. In the end, the film itself is all that matters… and this film is a tragedy.

For the first two acts, it pulls off a feat I wouldn’t have thought possible: making four of the least interesting characters in comics actively cool. It re-envisions Marvel’s First Family as a quartet of precocious kids, driven by Reed Richards’ (Miles Teller) misunderstood genius and an accident both familiar and entirely new. Director Josh Trank looks at them as characters first and superheroes second, cracking the code of their essentially dull nature by answering some very interesting questions about them. How did an amiable everyman like Ben Grimm (Jamie Bell) become friends with the smartest guy in the whole wide world? What did Susan Storm (Kate Mara) ever truly have in common with husband Reed?

Fantastic Four spends the first thirty minutes stewing on those questions, and far from being dead weight, it actually makes us care very deeply about our heroes. The revised origin story holds some neat wrinkles, the discovery of their powers takes place with a lot of flair, and even the semi-bungling of Doctor Doom (Toby Kebbell), reimagined here as a sullen millennial, is rescued by an essential understanding of what made him so awesome in the first place. (It’s hard to get too mad at them when he eventually starts uttering lines like, “There is no Victor; there is only Doom.”) For a film seemingly destined for the wet end of the cigarette butt – and with a less-than-sterling history of past efforts to live down – the first half feels like they finally broke these figures open, and maybe even gave new life to the genre as well.

But then, having set up a number of intriguing places to go, Fantastic Four trips on its own shoelaces during the final third or so: not so much sprawling to the floor as cracking its skull against hard marble as its flailing limbs knock every piece of furniture over and leave the room’s other occupants howling in pain. All the goodwill it painstakingly built up – all the ways it invested us in these characters’ story and showed us the fascinating places it could take them – gets shot square in the head, as irritatingly competent CGI fills every corner of the screen and terrific interpersonal musing gives way to boring good vs. evil fights. The film honestly seems to have no idea what to do with its wet compost heap of a finale, which it plays around with listlessly until hastily scribbling some closure and calling the whole thing quits.

You’re scarcely aware of how fast and how completely the whole thing turns before The Mighty Suck is upon you. It then ends so quickly that you suspect abject embarrassment on its part, as if Fantastic Four doesn’t want to linger out of sheer shame. If the last reel had been lost and replaced with an entirely different movie, it would make more sense than it does here.

Naturally that kills everything that came before it and transforms what had been a pleasant late summer surprise into the waste of time we all expected. It would have been better not to tease us with visions of what might have been: the possibility of another piece of the Marvel puzzle finally fitting into place. Instead, it may even be worse than we feared for how much better it could have been. Fantastic Four is the Magnificent Ambersons of superhero movies: a sad example of huge potential ruthlessly trampled by a studio system run wild.