Fantastic Beasts and Where to Find Them – Blu-ray Details! 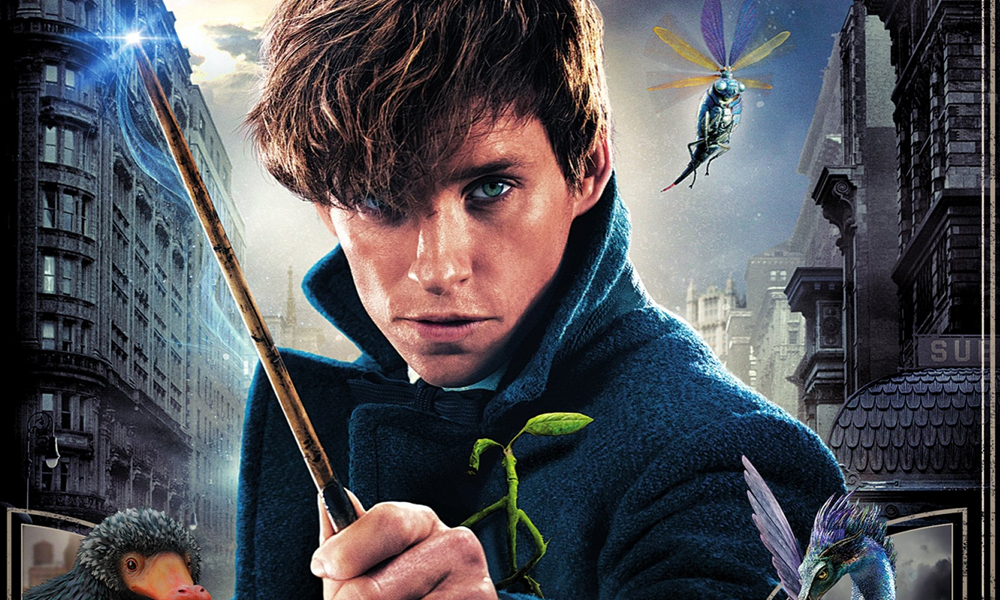 One of the most pleasant surprises of the Fall/ Winter movies of 2016 was J.K. Rowling’s Wizarding World prequel to Harry Potter, Fantastic Beasts and Where to Find Them. It not only reminded us how much we love the Rowling created, but allowed us to see it again from a different angle with a whole slew of characters. Now the time has come to bring the magic home. Warner Brothers has released the full details on their home release for #FantasticBeasts.

Check out Rob Vaux’s theatrical review of the film here on the Sci-Fi Movie Page. We also have a review of the score by James Newtown Howard here.

Own Fantastic Beasts and Where to Find Them on Ultra HD Blu-ray, 3D Blu-ray, Blu-ray and DVD on March 28 or Own It Early on Digital HD On March 7!

Press Release: Immerse yourself in the wizarding world when “Fantastic Beasts and Where to Find Them” arrives onto Ultra HD Blu-ray, Blu-ray 3D Combo Pack, Blu-ray Combo Pack, DVD and Digital HD. 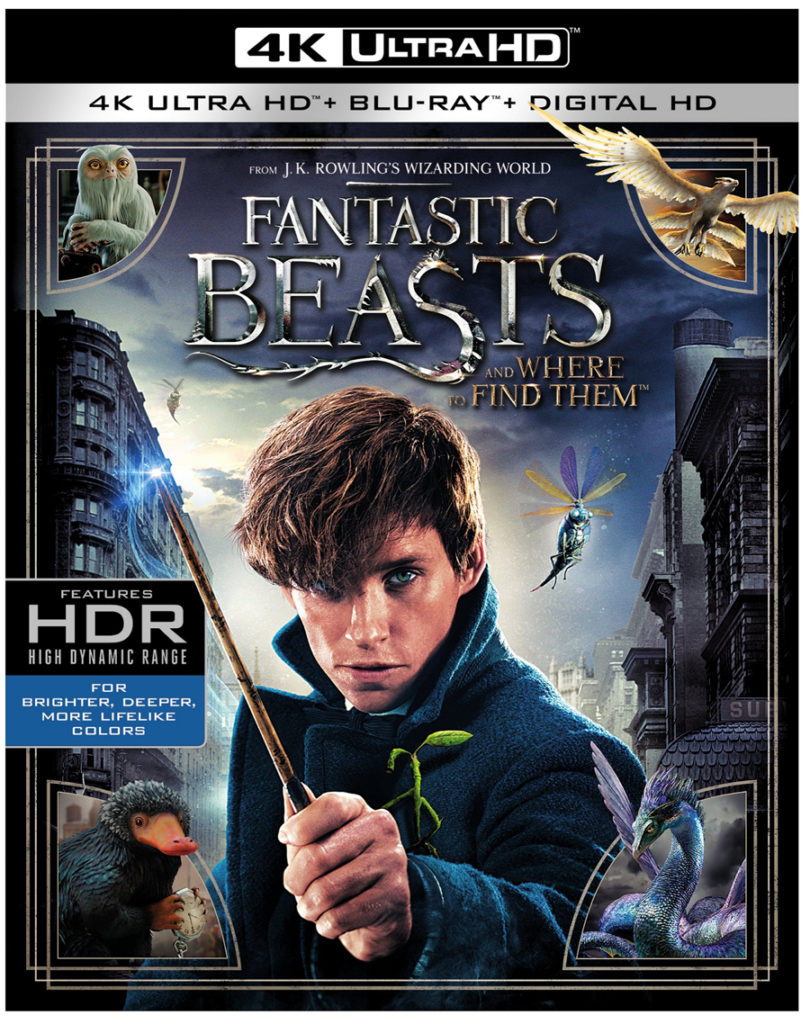 “Fantastic Beasts and Where to Find Them” takes us to a new era of J.K. Rowling’s Wizarding World, decades before Harry Potter and half a world away. Academy Award winner Eddie Redmayne (The Theory of Everything, The Danish Girl) stars in the central role of Magizoologist Newt Scamander, under the direction of David Yates, who helmed the last four “Harry Potter” blockbusters. 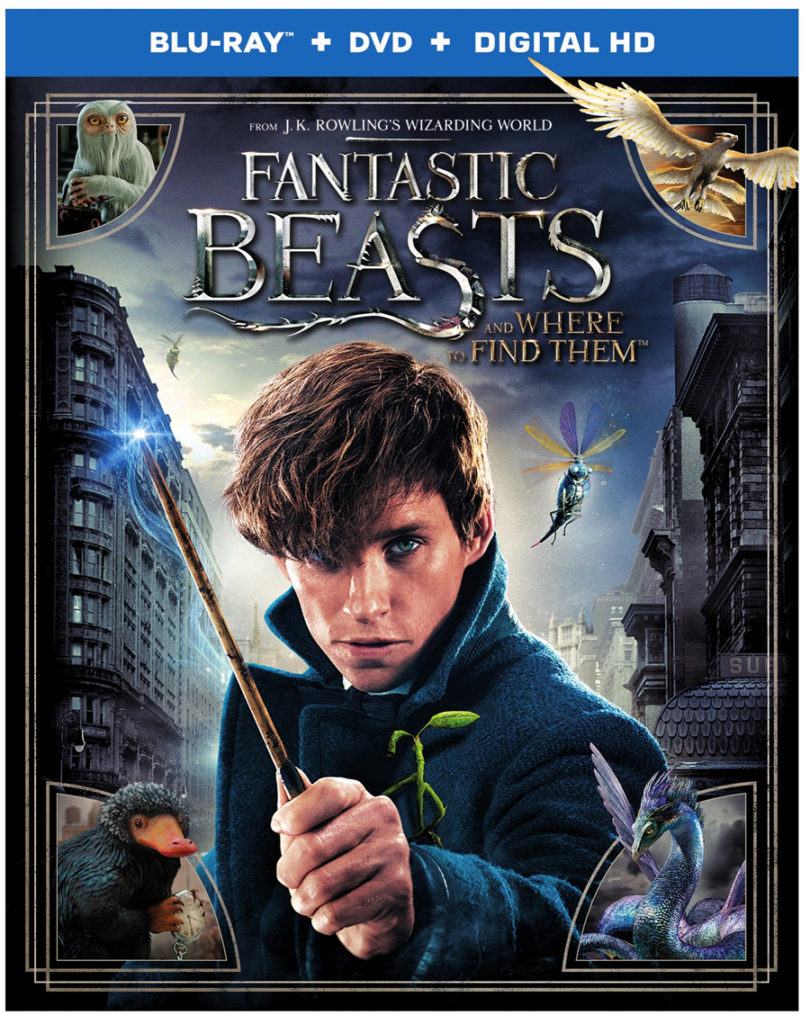 The film marks the screenwriting debut of J.K. Rowling, whose seven beloved Harry Potter books were adapted into one of the highest grossing film franchises of all time. Her script was inspired by the Hogwarts textbook “Fantastic Beasts and Where to Find Them,” written by her character Newt Scamander.

Additionally, all of the special features, including interviews with filmmakers, character and creature featurettes, deleted scenes and 360° videos, can be experienced in an entirely new, dynamic and immersive manner on tablets and mobile phones using the Warner Bros. Movies All Access App, available for both iOS and Android devices. When purchased digitally and redeemed on UltraViolet, the Warner Bros. Movies All Access App allows users to watch the movie and simultaneously experience synchronized content related to any scene, simply by rotating their device. Synchronized content is presented on the same screen while the movie is playing, thus enabling users to quickly learn more about any scene, such as actor biographies, scene locations, fun trivia, or image galleries. Also, users can share movie clips with friends on social media and experience other immersive content. The Movies All Access app is available for download on the iTunes App Store and Google Play Store.”

The Blu-ray discs of “Fantastic Beasts and Where to Find Them” will feature a Dolby Atmos® soundtrack remixed specifically for the home theater environment to place and move audio anywhere in the room, including overhead. To experience Dolby Atmos at home, a Dolby Atmos enabled AV receiver and additional speakers are required, or a Dolby Atmos enabled sound bar; however, Dolby Atmos soundtracks are also fully backward compatible with traditional audio configurations and legacy home entertainment equipment.

Also available this year will be an expanded Fantastic Beasts Virtual Reality experience.  This version of the previously released Virtual Reality will allow fans to return to the wizarding world for a more robust and expanded experience featuring new beasts and participate in more magical spells as they interact with each of the creatures inside Newt’s case.  Additionally, the experience includes never-before-seen footage and will be available for purchase on several VR platforms.

FANTASTIC BEASTS AND WHERE TO FIND THEM SYNOPSIS

There are growing dangers in the wizarding world of 1926 New York. Something mysterious is leaving a path of destruction in the streets, threatening to expose the wizarding community to the No-Majs (American for Muggles), including the Second Salemers, a fanatical faction bent on eradicating them.  And the powerful, dark wizard Gellert Grindelwald, after wreaking havoc in Europe, has slipped away…and is now nowhere to be found.

Unaware of the rising tensions, Newt Scamander arrives in the city nearing the end of a global excursion to research and rescue magical creatures, some of which are safeguarded in the magical hidden dimensions of his deceptively nondescript leather case.  But potential disaster strikes when unsuspecting No-Maj Jacob Kowalski inadvertently lets some of Newt’s beasts loose in a city already on edge—a serious breach of the Statute of Secrecy that former Auror Tina Goldstein jumps on, seeing her chance to regain her post as an investigator.  However, things take an ominous turn when Percival Graves, the enigmatic Director of Magical Security at MACUSA (Magical Congress of the United States of America), casts his suspicions on both Newt and Tina.

Now allied, Newt and Tina, together with Tina’s sister, Queenie, and their new No-Maj friend, Jacob, form a band of unlikely heroes, who must recover Newt’s missing beasts before they come to harm.  But the stakes are higher than these four outsiders—now branded fugitives—ever imagined, as their mission puts them on a collision course with dark forces that could push the wizarding and No-Maj worlds to the brink of war.

o   Join J.K. Rowling as she, David Yates and David Heyman return to Leavesden Studios to build a new and exciting corner of the wizarding universe.

o   The President and the Auror