Type of Game: Survival – Think First Person Shooter but not having endless lives. It differs from your average FPS in that it focuses on collecting mundane objects in the world rather than fighting an endless line of opponents. There are two modes in which you can play: Survival and Exploration. Exploration is much more forgiving and resources are more available to you. However, you cannot earn the same rewards and there is hidden content for those unwilling to take a more challenging try at “survival mode”. For the sake of the review, the game was played exclusively in “survival mode”. 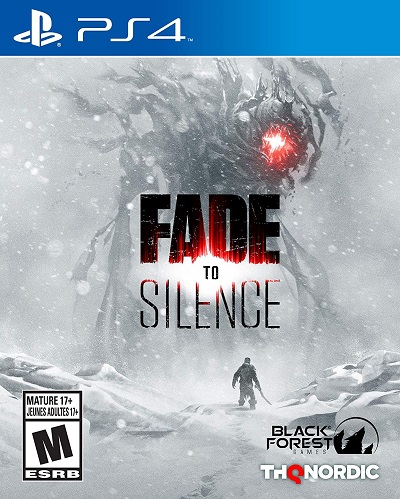 Concept: The game takes place in a post-apocalyptic winter. There are a few reminders that this was once the world we now inhabit but mostly, it is a bleak winter wasteland with sparse structures and natural resources. You play as a survivor who was brought back to life by a reaper-esque entity, apparently for the sole purpose of causing you to suffer all over again before hopefully dying all the while as he condescends your efforts to keep yourself alive. The bleak landscape accompanied by the meager resources and occasional demon foe make for a claustrophobic and depressing progression where small advances like killing a deer for meat or felling enough trees to build a hut are supposed to give you enough hope to go forward. Later in the game, you are able to recruit followers and build up your village to include specialized edifices that can assist in building higher end equipment, hunting and providing food, and improving the efficacy of your crafting and cooking. As a concept, I was torn in my admiration for a post-apocalyptic winter but turned off by the fairly germane run-of-the-mill demon out to feed off my despair motive.

Controls: Easy enough. Navigating the different menus including crafting, inventory, and fighting isn’t very difficult. It is essential, in order to survive long, to learn how to toggle between attacks, blocks, and dodge in the right combinations depending on what kind of beastie you’re dealing with. No serious complaints other than once you’ve mastered one type of beastie and the combinations of tactics to defeat them they no longer pose a threat in the future. The AI doesn’t learn or adapt.

Graphics: For a 2019 game, not very impressive. Given the advances in the area of graphics over the last decade, I am a bit surprised how little attention was given to making this game “look” more crisp and impressive. At the same time, it wasn’t detracting all that much from the game play either. More, it didn’t add to the enjoyment of the gameplay at all. The opening animation was especially mediocre and did not add to the suspense or intrigue of the game. The main enemy that plagues your character is animated almost exactly as you would imagine a redundant Grim Reaper, Nazgul… Yes, name a generic black-cowl demon, and you got it. He’s the big bad that torments you verbally as you struggle to eke out your existence.

Overall gameplay: After the first hour, I seriously did not think this game would be worth even a 50 grade (out of 100), but I have to admit that with a great amount of patience and memorization (yes, I exhausted my three lives several times, having to start again at ground zero) I was able to progress more rapidly between resets until I was at a point where it transitioned from tedious to mildly amusing. It’s not a game I would be passionate about finishing (at this point, I have not finished the game), but I am interested to see how many followers I can recruit and how large my village can grow. The focus from building your village and population will eventually transition toward defeating the enemy but that is for the ultimate gamer patient enough to withstand the slow pace of this game. Fade to Silence is not a horrible game. Yet, is a forgettable one, not destined to be labeled a “classic”, or reprinted in ten years and packaged together with other classics for a higher end gaming system. The concept isn’t necessarily very original either and the villain especially nondescript.