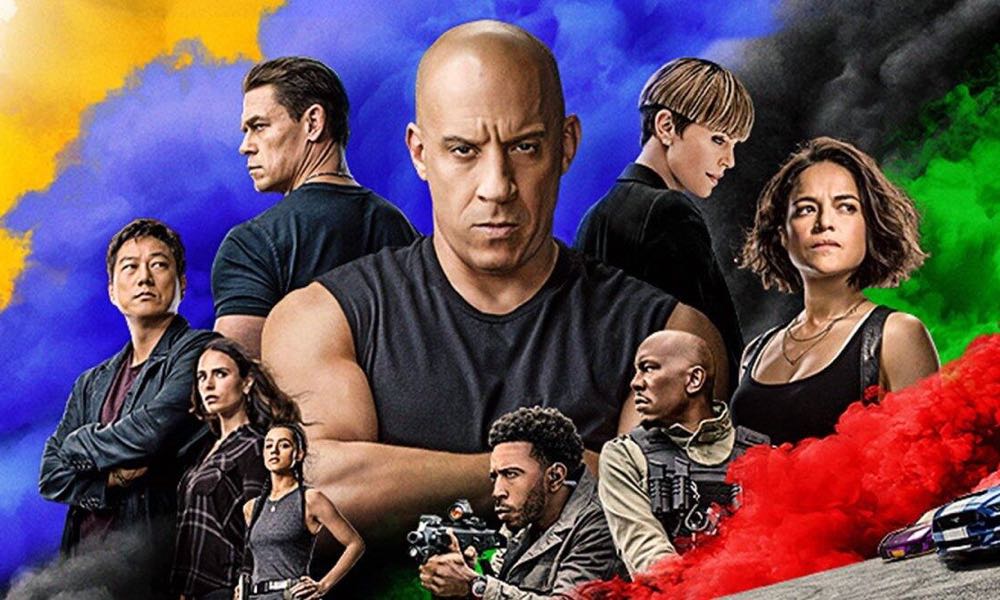 I watched the latest chapter in one of the most popular movie franchises on the planet last night. Maybe it’s because of America’s and the world’s, for that matter, love affair with cars, maybe it’s the portrayal of the outlaw lifestyle, maybe it’s the frantic, non-stop action, along with the usual things associated with that genre these days. Things like lots of gunplay, car chases, explosions, etc. Most likely, it’s a combination of all of these things. Still, there’s no denying the franchise, which leans heavily into all of those things plus a heavy dose of sentimentality, humor, and the franchise’s brand of politically correct over-the-top-depiction of masculinity and machoness. This collection of films, closely related to the theater of the absurd, are unapologetically mired in fantasy and, for the most part, very entertaining.

Like I said earlier, This is a top-rated movie franchise. The series has been commercially successful; Universal’s biggest franchise is the seventh highest-grossing film series ever in the history of movie-making, with a combined gross of over $6 billion. It took a few films before the film critics got on board with these movies, with each film more or less improving in quality than the one before while the franchise continued to gain momentum. This resulted in each film trying and mostly succeeding in outdoing the one before in terms of action-packed set pieces and on-screen defying the laws of physics stunts to the point of absurdity.

This latest installment is no exception to the rule. This film is basically a series of escalating, action-packed, set pieces strung together against the backdrop of a James Bond-style globe-trotting story that provides exotic and fascinating locations for the action to play out on, culminating in a sending a car into outer space. Woven into all this action is a  story about two brothers and the circumstances that have forged their relationship, a sibling rivalry born out of a long past misunderstanding. These films are not shy about indulging in what might be considered corniness and sentimentality.

The franchise underwent some changes along the way, starting as a group of outlaw street racers becoming agents for a shadowy government agency transforming the franchise into a kind of spy-fi series of films. This latest edition F9 has pushed this franchise even further into cyberpunk territory with a narrative that is all about the digital age and cutting-edge technology falling into the wrong hands. The Fast and Furious franchise has never strayed far from its roots in family and loyalty. Every story it tells has that sentimental message woven into the films’ narratives, with Diesel as Dominic Torretto being the personification of the values the films promote within their structure. This is not some trivial form of tribalism; we’re talking about the sort of loyalty and bond where you are willing to sacrifice your own life for anyone in the family group. The films depict everyone in Dom’s tribe as taking this very seriously. This film highlights the female members of the group, giving them a bigger part to play in the film’s events, and they are nearly as macho as the men in this.

Not familiar with this title? F9 (also known as F9: The Fast Saga and Fast & Furious 9) is a 2021 American action film directed by Justin Lin from a screenplay by Daniel Casey and Lin.[9] It is the sequel to The Fate of the Furious (2017), the ninth main installment, and the tenth full-length film in the Fast & Furious franchise. The film stars Vin Diesel, Michelle Rodriguez, Tyrese Gibson, Chris “Ludacris” Bridges, John Cena, Nathalie Emmanuel, Jordana Brewster, Sung Kang, Michael Rooker, Helen Mirren, Kurt Russell, and Charlize Theron. In F9, Dominic Toretto and the team stop a world-shattering plot headed by Toretto’s brother, Jakob. Helen Mirren makes what seems to be a purely gratuitous appearance in the film, and Charlize Theron  makes a limited appearance, reprising her role as Dom’s  thoroughly castrating and evil arch-nemesis

A big part of the appeal of these films, for me at least, is the core cast of characters. Seeing them again is like welcoming back old friends or family you haven’t seen in a while. This latest edition of the franchise humorously addresses their highly improbable habit of serving certain death and concludes they are just fortunate. These films do not represent great movie-making in any way, except they are, for the most part, very entertaining, I would give this latest entry into the franchise high marks in that regard, Lin’s almost frantic pacing and non-stop action hardly lets you catch your breath and any flaws in plot or in the film itself may have got almost immediately swept away in this juggernaut of a film.