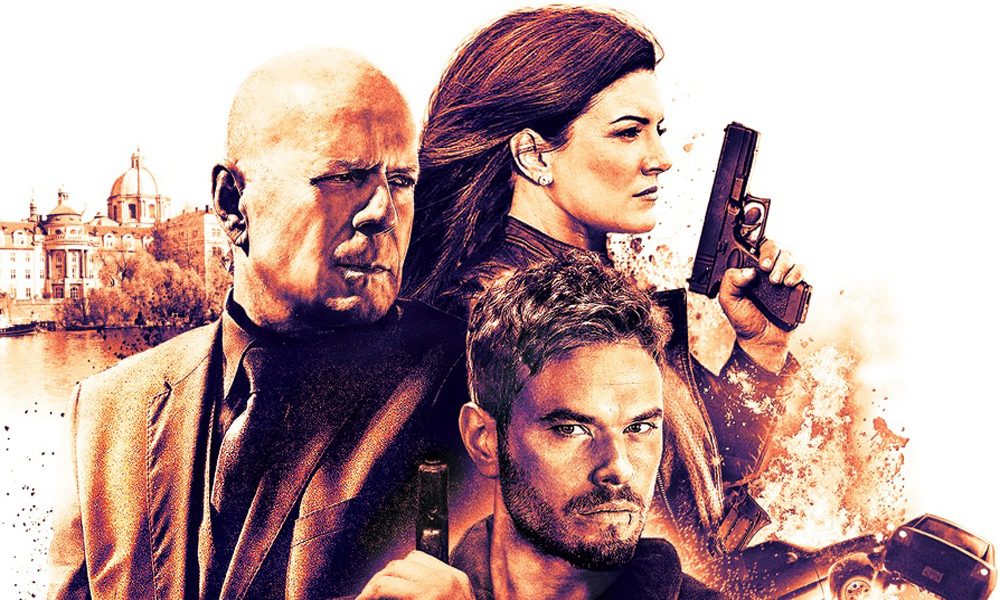 I think it’s time to put out an APB on Bruce Willis’ career because it seems to have gone missing. Once one of Hollywood’s top box office draws, Willis today seems more interested in competing with Nicolas Cage to see who can star in more direct-to-video dreck. 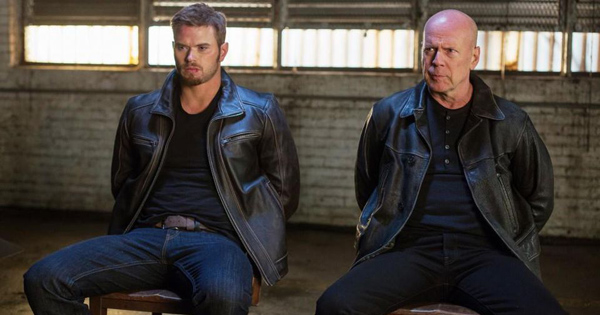 Willis “stars” along with Kellen Lutz in this dull espionage thriller that is about as much fun as an extraction of a wisdom tooth without an anesthetic. Will is Leonard Turner, a retired CIA agent who is given one final field assignment. But Turner gets kidnapped and a high tech hacking device called Condor is stolen. Harry Turner (Lutz), Leonard’s Son, has also become a CIA agent but has continually been passed over for field work. We will later learn that his father was pulling strings within the organization to keep his son out of the field.

Harry is denied by his superiors the opportunity to assist in aiding his father and the assignment instead goes to an agent named Victoria (Carano). Harry decides to go rogue and help his father on his own. It turns out, unsurprisingly, that Harry and Victoria had a romantic past together in one of the films many sill plot contrivances. The pair has to team up to evade other operatives and fight off deadly assassins and to locate Leonard and stop a terrorist organization from utilizing the Condor device and potentially starting a world war. 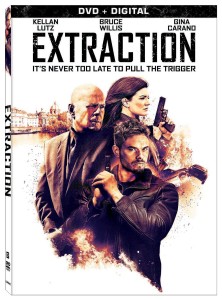 Extraction is both dull and stupid and appears to have been written overnight by someone who had too much cheap rum and pizza rolls. The whole idea that you have a retired agent, who gets one last field assignment, and a key one at that, would make one believe that the screenwriters have never seen a previous espionage film. And it gets no better from there.

Plot twists are added in order to make the story seem to be more complex when all they do is get in the way of each other. Extraction is such a small room as well. Normally when you have a film where there are CIA briefings and situation rooms that look high tech. In Extraction, when the brain trust meets they look like they are in the teacher’s lounge of an elementary school.

The performances are equally as poor. Willis does little more than do his trademark smirk throughout the film. You know the smirk…It’s the “I don’t care how bad this movie is as long as I get paid,” smirk. It’s the same sort of smirk he has provided in previous recent films like “Vice” and “The Prince”, two other terrible Willis credits. Carano can be good in small doses but she remains stiff when delivering her lines. Only Lutz seems mildly interested in not sleep walking through the production.

While “Extracted” does have a few decent action sequences it’s not nearly enough to recommend seeing the film.

One thought on “Extraction DVD Review”