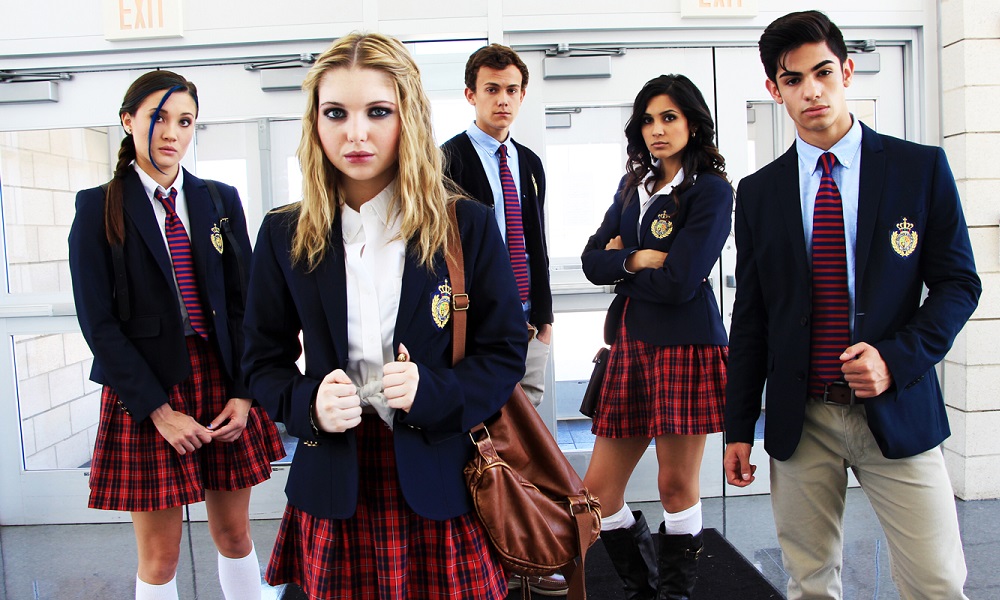 The new comic-book adaptation Bad Kits of Crestview Academy arrives next week, and we’ve obtained an exclusive clip. The film is a sequel to Bad Kids Go to Hell, based on the bestselling graphic novel. From the press release:

Based on the best-selling graphic novel series, a group of spoiled “bad kids” have been placed in Saturday detention at the prestigious Crestview Academy. After one of the kids locks away their teacher, they find themselves trapped in school with no way out, wondering who (or what) set them up. Their ranks quickly dwindle as each falls victim to a gruesome “accident” while trying to escape.

The film stars Drake Bell, Sean Astin, Gina Gershon, Sammi Hanratty and Ben Browder. Browder also directs the film: his debut as a feature director. It will be available in theaters and on demand next Friday, January 13.