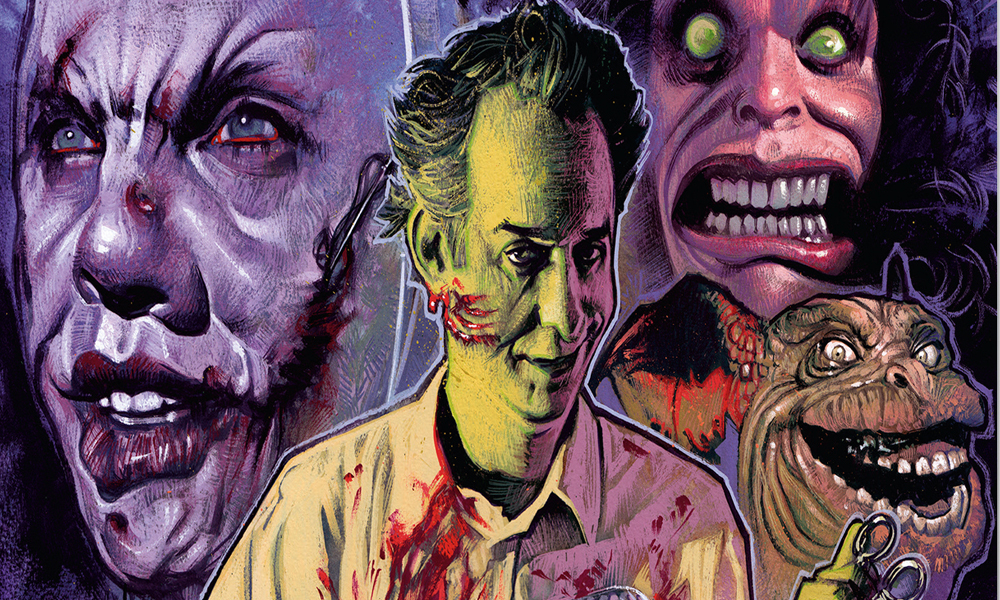 Having been a video store clerk in the mid-nineties, Evil Ed (1995) probably passed through my hands at least once. In those days, trailers weren’t as prevalent as they are now, and without the studio paying the video stores to run their trailer on the in-store trailer reels, a film like Evil Ed would have had to have been a word-of-mouth movie. No one ever mentioned it or suggested it to me, so it became one of those numerous direct-to-video horror films that I never watched, only put away.

Today, horror films, both popular and obscure, can have a second life when released to a digital format. Arrow Video has released a “Special Ed-ition” of the Swedish horror film. If foreign horror films are a problem for you, relax, Evil Ed is completely dubbed in English. It is not as bad as some films since 99% of the actors are actually speaking English, but are just dubbed over so we better understand them. Arrow Video has released a Limited Edition 3 disc set complete with special features and the original cut of the film. I was ready to take on the 22-year-old Swedish import.

The plot of Evil Ed is actually quite good. It says a lot about how “normal” society judges those individuals who love horror films. Edward Swenson (Johan Rudebeck) is a movie editor of dramas and art films who is contracted out to the “Splatter and Gore Department” of his studio to clean up a new horror film called “Loose Limbs”. Ed is to literally cut down the gore and insanity of this film to make it acceptable for audiences. On Ed’s first day, we can see how much of a fish out of water he is in the “Splatter and Gore Department”. Ed’s new boss, Sam Campbell (Olof Rhodin), who is surrounded by beautiful scantly clad women, wants his picture to feature all the best parts including the beaver rape scene. After all, this is what the fans truly want. What no one expects is that as Ed is forced to watch this installment of the Loose Limbs franchise over and over again, it starts to affect his mind. This then begs the question, do horror movies drive people to commit heinous crimes?

Movies about making movies always have a great appeal for those that love the process. Evil Ed does have its moments. It is not an overnight transition from simple movie editor to a sadistic killer. In fact, the progression is a slow decent into madness as Ed starts with the women in his life as they change, visually, from the little old lady next door to nearly naked lingerie models. The movie Ed is editing has its tongue-in-cheek over the topness and genre fans will appreciate the homages and references that director Anders Jacobsson makes to the likes of Sam Raimi, Peter Jackson, and David Cronenberg throughout the film. My biggest complaint with these references is that there may be too many of them. Hopefully, you caught Ed’s boss’ name, Sam Campbell, as an homage to director Sam Raimi and Bruce Campbell of Evil Dead fame. It’s simple, however, when the one-liners start to flood in like fanboys spouting their favorites, it gets tiresome. 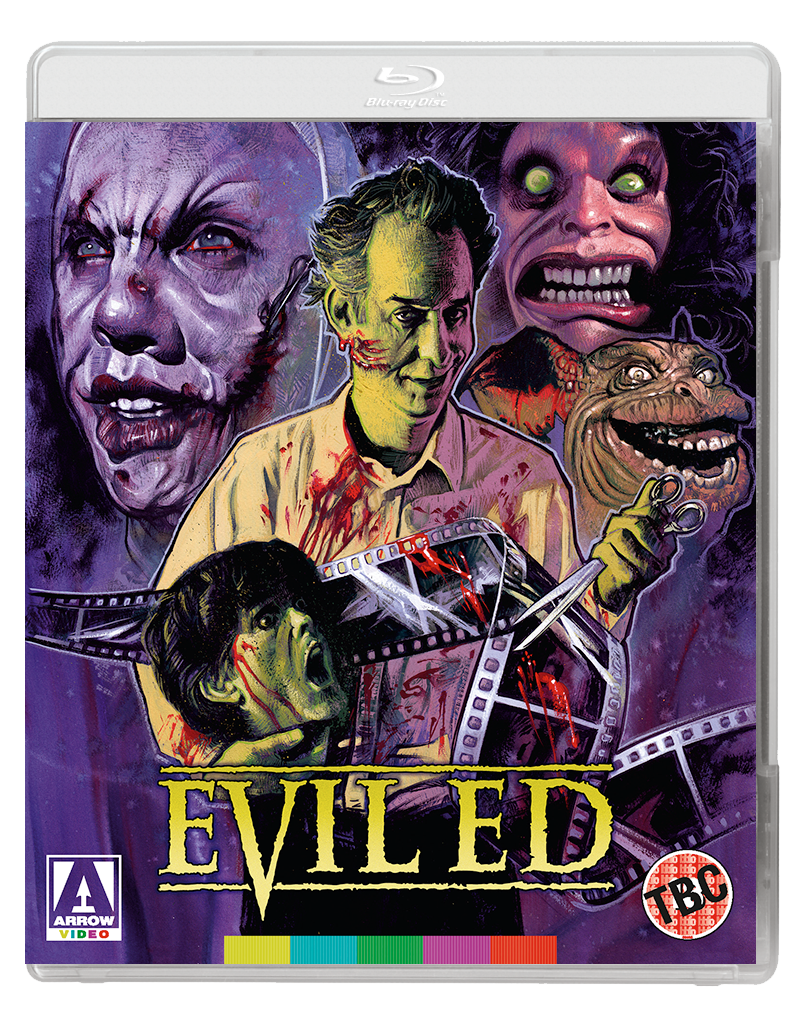 Sadly, Evil Ed doesn’t have a third act as strong as its first two. Initially, we see great and wondrous gore and puppets that rival Peter Jackson’s pre-Frighteners films, which go hand in hand with Ed’s decent into madness. It is when Ed ends up at the psyche ward that the cliches become too rampant and the Evil Dead homages get boring. Right before the end of the second act, Ed is contacted by an evil spirit that needs this particular horror film to go out into the world (so that it can pervert more viewers’ minds) This sets up an angle where it isn’t the movies affecting Ed, but something more sinister. This derails the initial plot for something more otherworldly. As creepy as this may seem, the third act and finale fall dreadfully flat. If it would have been seeded better into the story, it may have made more sense.

The nineties were a unique time for horror films and self-parodying films were practically non-existent. Evil Ed starts out that way as it becomes an homage to the horror genre that preceded it. Where it falters is that it loses the movie-within-a-movie charm as it falls into the cliche of its own genre.

The Blu-ray: The special features here are a cut above the rest for in the horror genre. If you did rent this film a long time ago and loved it, you will want everything here including the original cut of the film. There are also a ton of deleted scenes and a three-hour documentary about the making of the film. Arrow Video has certainly delivered the goods for fans of Evil Ed.

Order at the MVD SHOP or on Amazon.

– Two versions of the film!

– Optional English subtitles for the deaf and hard of hearing

– Collector’s booklet with new writing on the film

– Reconstructing Edward – featurette on the creation of the Special EDition cut