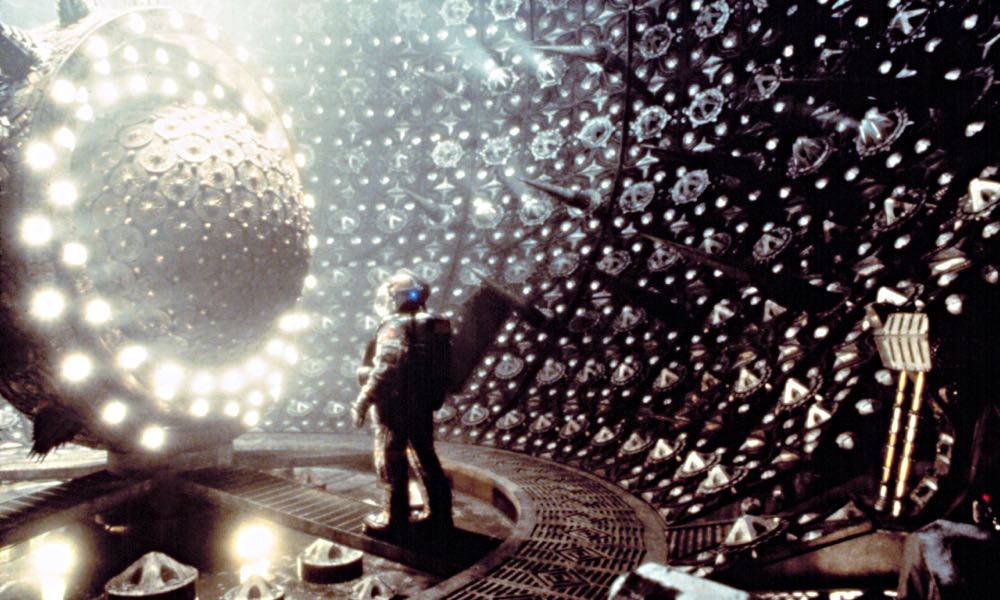 I revisited Event Horizon a few nights ago. I wasn’t sure if I had seen it before, but after watching a few minutes of this attempt to create a gothic haunted house-style movie in outer space aboard an experimental spaceship, I realized I had. In my mind, that seemed to imply the film was not all that memorable, and I was right; it isn’t.

While I like the premise the film’s narrative gets based on, I can’t say the same about how it gets executed. The film works as an outer space adventure but fails to succeed as an impressive, memorable horror movie. It seems to me it tries a little too hard, making it feel forced instead of organic.

For those who don’t recall, Event Horizon is a 1997 science fiction horror film directed by Paul W. S. Anderson and written by Philip Eisner. It tells the story of a spaceship with an experimental engine that creates a black hole that allows the ship to travel to other dimensions, and it works with unexpected results, of course, and like the film’s tagline says,  it comes back changed (for the worse; duh)

The film features a terrific cast of tried and true character actors, including Laurence Fishburne, Sam Neill, Kathleen Quinlan, Joely Richardson, Richard T Jones, and Sean Pertwee. Fishburn steals the show as the captain of the rescue vessel sent to determine what happened to the ship that went missing and her crew, while Sam Neill gets to ham it up in the juiciest role the film’s narrative has to offer. Also thoroughly enjoyable were the efforts of Jones and Pertwee, crew members on the Lewis and Clark.

One of this film’s most redeeming qualities is the art direction that provides its most unique characteristics, with some genuinely excellent sets and other stuff. Even the titular ship itself is strongly reminiscent of a Romulan bird of prey or Klingon vessels from Star Trek on the outside. It is also an interior styled like a sinister gothic cathedral. After viewing this film, I realized my favorite scenes in the movie were the exterior shots of the spaceships and the ship’s experimental engine room, which is visually fun and made me wonder how they do that?

While Event Horizon does manage to have some visually memorable moments due to the liberal use of prop blood and other classic visual devices like a plethora of recently emptied eye sockets to depict a nightmarish sequence of events aboard the eponymous vessel, the film seems like it invests all of its energy into cliched stereotypical horror stuff we have all seen before elsewhere. The narrative and the evil, malevolent presence it introduces failed to give me the creeps as well as half a dozen other more memorable horror films I can name off the top of my head. This force’s efforts seemed to me to be frankly mostly half-assed and annoyingly passive-aggressive when it appears there’s nothing to prevent it from taking a more terrifying and direct approach towards its goal. The fault for this film’s more obvious shortcomings lies directly on the shoulders of the studio. That was responsible for rushing the post-production process.

For me, this film would work well as a straightforward outer space adventure, without what I consider a weak, cliched attempt at creating horror. Part of the problem with this film is that it was not given enough time post-production for Anderson to complete its editing, special effects, etc. Event Horizon got released as an unfinished product, and it looks like we will never see the film as initially meant to get viewed. Still, the film has managed to cultivate a cult following over the years since its release. Amazon Studios is currently developing a television adaptation of the 1997 film.