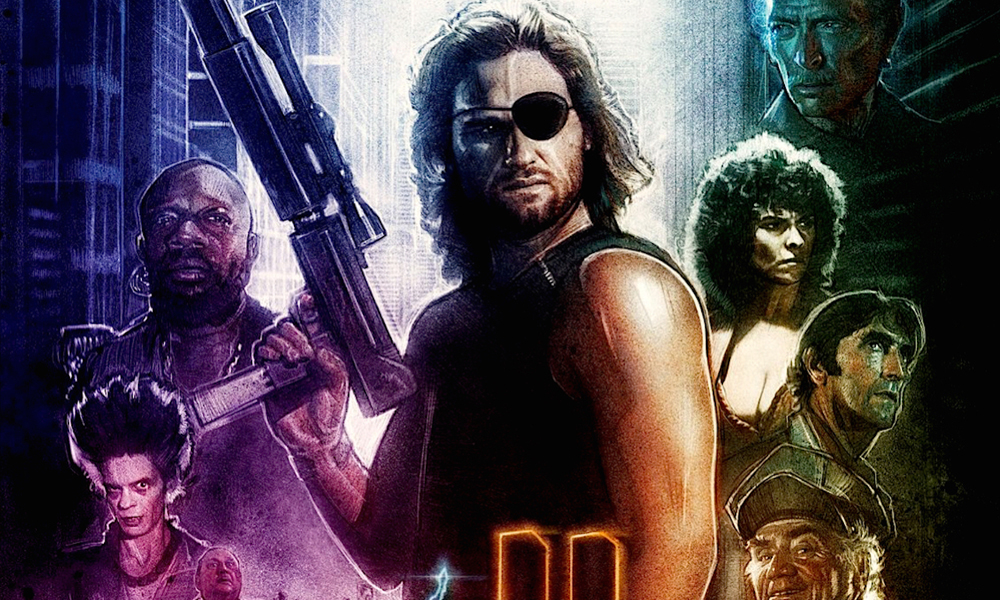 An eighties classic with new and improved special features has arrived. Scream Factory has released yet another John Carpenter classic as a Collector’s Edition Blu-ray.

This time, we have Kurt Russell as Snake Plisskin breaking into the maximum-security prison island of Manhattan. Why? To rescue the President of the United States. This is yet another feature where Carpenter takes the western motif of the gunslinger who everyone thinks is dead and twists with it either a horror or a Sci-Fi element. Russell was not the first choice for the studio, yet could you ever picture Tommy Lee Jones or Charles Bronson in the lead role? No. Again, this is hands down a classic, but with numerous Blu-ray and DVD releases, do you need to pick up the film again? Yessssssssss.

To begin with, Escape From New York features a new 2K High Definition scan of the Inter-Positive, struck from the original negative. Outside of one screen with bright green writing in the Statue of Liberty Command Center, which is ineligible, the film looks amazing. You will further marvel as Maggie herself, Adrienne Barbeau, and Director Of Photography, Dean Cundey, supply a new commentary track. Outside of Barbeau being the only female star of the film, she, at the time, was dating John Carpenter. Her behind-the-scenes perspective is unique and informative. Everything is discussed from how funny Donald Pleasance was, to her journey from The Fog to Escape, which then lead her to Creepshow! Dean Cundey offers another great perspective as he discusses all the camera tricks and low budget marvels that make this the classic in filmmaking it has become. What they both offer is a family perspective on how Carpenter kept people together, thus allowing the good times to keep going. Cundey does mention how the family eventually stopped working together, though no reason is actually given as to why. As fans, we can see how perhaps that might have marked the end of Carpenter’s great run. 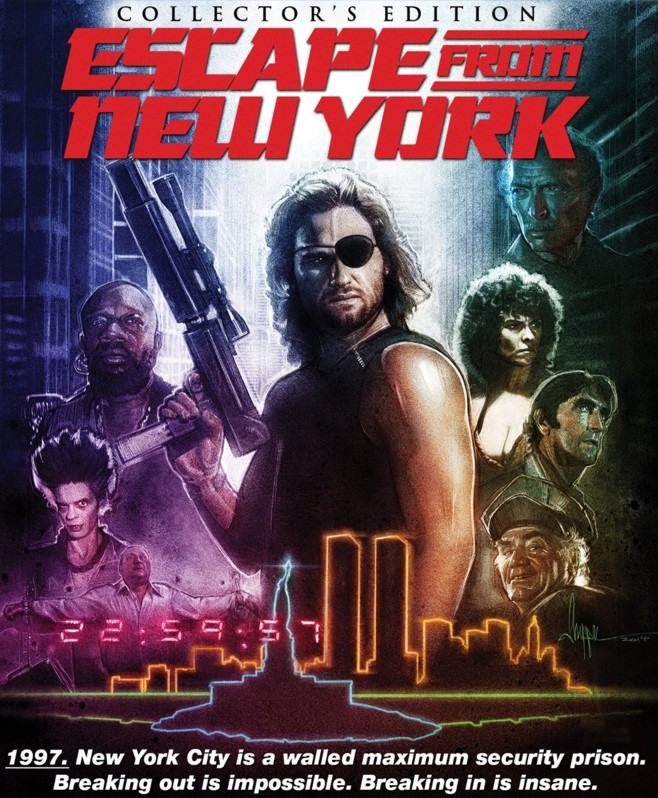 Other great new special features on this Blu-ray are: “On Set With John Carpenter: The Images Of ESCAPE FROM NEW YORK With Photographer Kim Gottlieb-Walker”. Kim Gottlieb-Walker discusses her recent book about Carpenter and his films and again reiterates the family atmosphere. Where there might not have been too many hugs and smiles was with the Visual Effects team. While watching “Big Challenges In Little Manhattan: The Visual Effects Of ESCAPE FROM NEW YORK” you learn the lengths to which these visual pioneers created the special effects for the film in an age where there was no CGI. You also learn that James Cameron is well respected for his contributions to the film, just not well liked.

Scream Factory has done it again. An incredible Blu-ray that is worthy of the title “Collector’s Edition” that not only comprises what previous releases have given us, but adds a whole batch of new goodies, too. This film is already in your collection, so give that old copy to a new fan and treat yourself to a whole new Snake Plisskin.