Dune: A Brief History And Update On The Holy Grail Of Science Fiction Movies 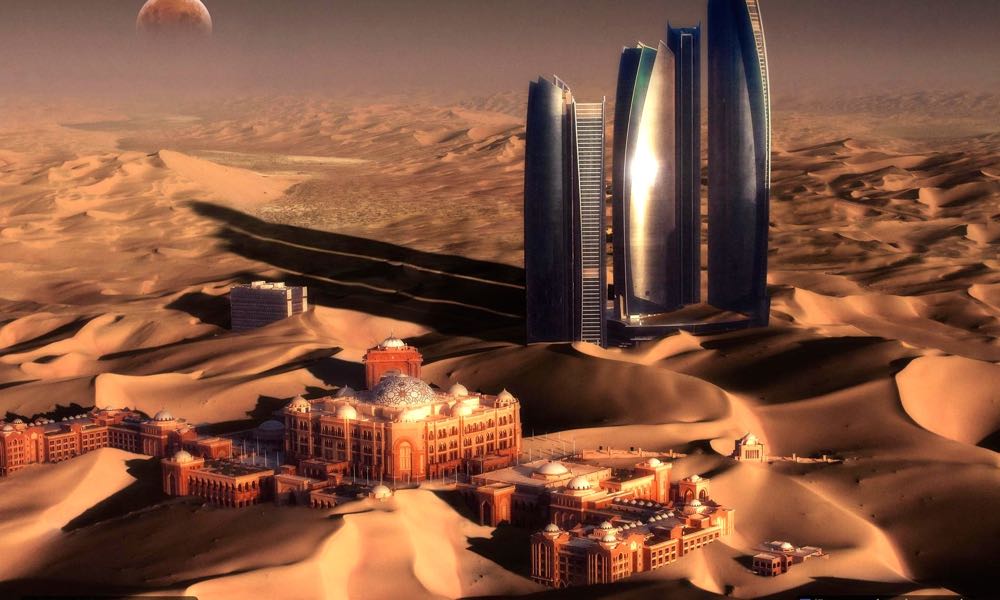 The story of Dune and the novel’s journey from book to the silver screen is nothing less than a legendary tale in itself. An infamously elusive goal of several directors and industry-related creative people, all of whom have attempted taking up the quest to recreate the novel in movie form, making it into an up-until-now unobtainable Holy Grail of sorts

In 1971 film producer Arthur P. Jacobs optioned Frank Herbert’s Dune’s rights but died before the movie reached development. The film went through development hell for the rest of the decade with multiple attempts by Arthur P. Jacobs, Alejandro Jodorowsky, and Ridley Scott, who unsuccessfully tried to bring their visions to the screen. In 1981, executive producer Dino De Laurentiis hired David Lynch as director.

Lynch’s version, poorly received by critics and fans alike,  has since become a beloved film in the minds of many fans and has even earned the status of a cult classic. The film is a memorable one, and even though it begins as seeming stiff with weak dialogue, it grows into a very entertaining movie, that despite having a massive budget for the time ($40 million), ultimately fails in its attempt to bring the novel to the screen successfully.

Also of note is Frank Herbert’s Dune (2000), a three-part science fiction television miniseries based on the eponymous novel. It was directed and adapted by John Harrison. The ensemble cast includes Alec Newman as Paul Atreides, William Hurt as Duke Leto, Saskia Reeves as Jessica and James Watson, P. H. Moriarty, Robert Russell, Ian McNeice, and Giancarlo Giannini. The miniseries won two Emmy Awards in 2001 for cinematography and visual effects in a miniseries/movie and were nominated for a third Emmy for sound editing. Several critics praised the series. 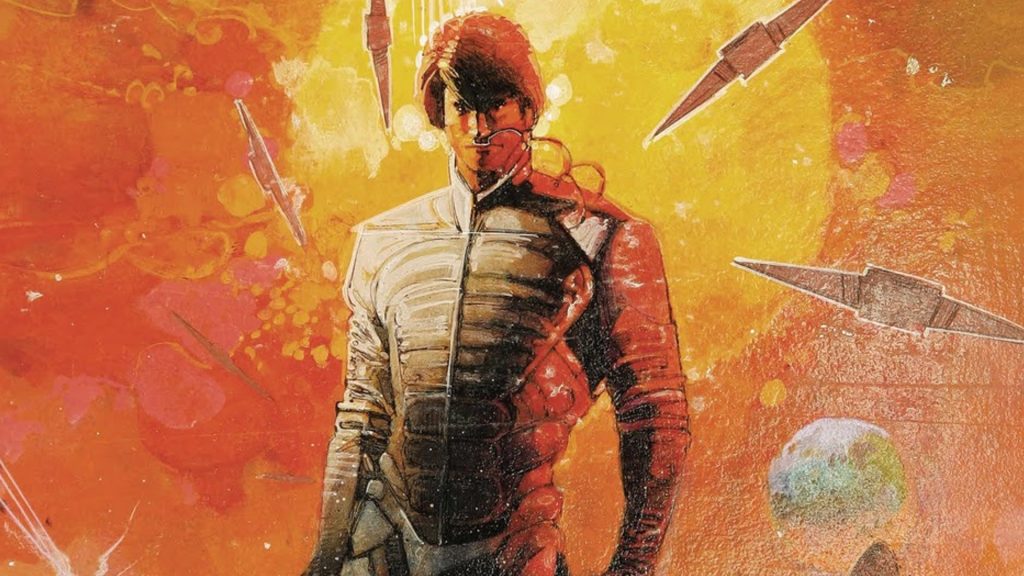 Most fans know the story of Paul Atreides’ spiritual journey that leads him to become the prophecy fulfilling Muad’Dib, prophet, savior, and leader of the Fremen of Arrakis. Along with the political intrigue, adventure and action, it is this archetypal journey that, for me, gives the story much of its appeal. Without it, Lynch’s version, done in the style of an Italian period piece melodrama, reduces the story to its base elements. One that is an outer-space version of The Godfather, with vying factions of thugs and gangsters struggling for power in an attempt to get the upper hand, with the Atreides as the protagonists.

These days movies with a 200 million dollar budget are becoming commonplace. The closest one to imagine a production of this scale was Alejandro Jodorowsky, whose vision was fantastic and so over-the-top his work on the project was the topic of a documentary, an entertaining movie on the subject. Jodorowsky’s ideas for the film were a little crazy but sound close to just what an excellent movie version of this story would require in becoming the movie treatment the novel deserves.

As this writer expressed back in 2015, a remake is long past due, and a new approach is required to make any remake a success. It has become growingly apparent the book needs the same sort of treatment given to the Tolkien books by someone with the proven ability to tell an epic story like Peter Jackson, director of the Lord of the Rings trilogy. The monumental task has fallen to Arrival and Blade Runner 2049 director Denis Villeneuve. The hopes and dreams of probably millions of genre fans worldwide await any word on the project.

It appears my words from several years ago have become somewhat prophetic. An announcement by author Brian Herbert, the son of Dune author Frank Herbert, confirms the rumors that Villeneuve’s version will consist of at least two films.

Herbert on Twitter says: “I have just received Draft #4 of the DUNE screenplay from Legendary Pictures,” the author wrote on his Twitter account. “This is for the first movie, covering approximately half of the novel DUNE. I’m very excited and pleased about this, and I’m beginning to burn the midnight oil.”

So far, Villeneuve has characterized his vision for the film to be like a “Star Wars for adults,” which can get interpreted in several ways. Will he take a hard “R” rated route with nudity, graphic violence, and cursing as HBO did with Game Of Thrones? Or does he merely mean it will be more of an adult drama that is less appealing to kids in other ways? We have already gotten a taste of a more adult version; If memory serves, it seems there was some brief nudity in the Syfy miniseries version (2000).

Along with this, rumors regarding casting for the production have recently come to light. Director Denis Villeneuve’s adaptation of the 1965 best-selling sci-fi novel Dune has found its lead actor in Academy Award nominee Timothée Chalamet. 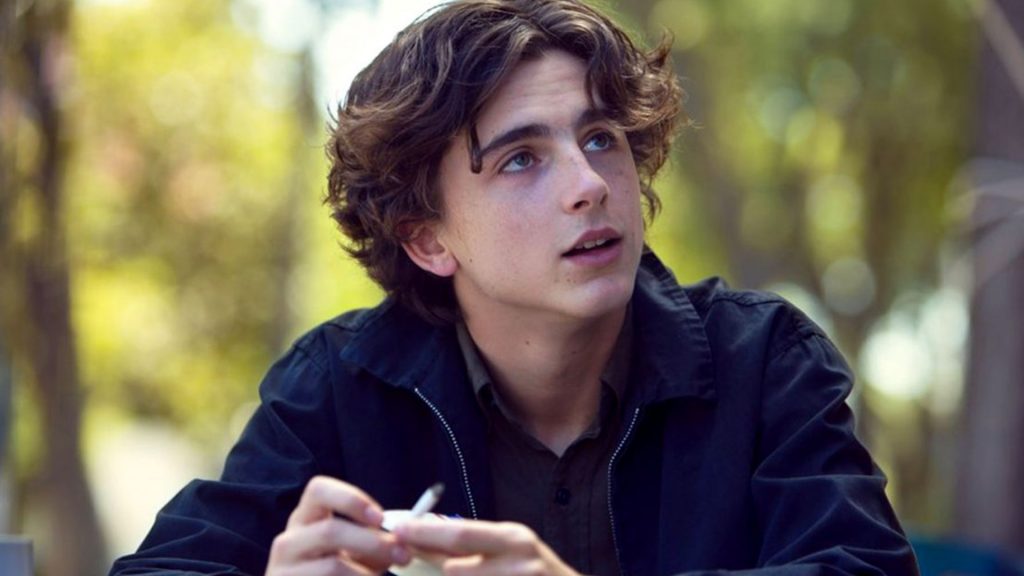 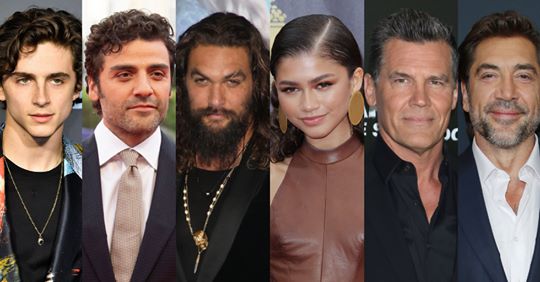 Of course, one of the most critical questions regarding Villeneuve’s vision is how will it look?? The art direction of any movie, but especially genre films, goes a long way towards deciding whether it’s a success or not. Costumes, sets, etc., are vital and contribute a great deal to the feel of a product and how well critics and fans receive it.

At present, the details don’t cover much more than that, aside from murmurs of plans to begin principal photography in February of this year. The best fascinating tidbit comes from Villeneuve himself “Most of the main ideas of Star Wars are coming from Dune, so it’s going to be a challenge to [tackle] this… The ambition is to do the Star Wars movie I never saw. In a way, it’s Star Wars for adults. “This time around, Dune will be a two-part movie.

Denis Villeneuve’s ambitious remake film is expected to be released on December 23, 2020.  Villeneuve has also been developing a spin-off TV series for Warner Bros.’ new streaming service HBO Max. Set before the film, Dune: The Sisterhood will focus on the mysterious and powerful Bene Gesserit order, pursuing the secretive plans that ultimately lead them to Arrakis.

Dune is based on the 1965 novel authored by Frank Herbert.