The action sci-fi thriller Drone Wars explodes onto DVD and Digital HD on September 12 from Lionsgate. A small team of scientists hiding in Los 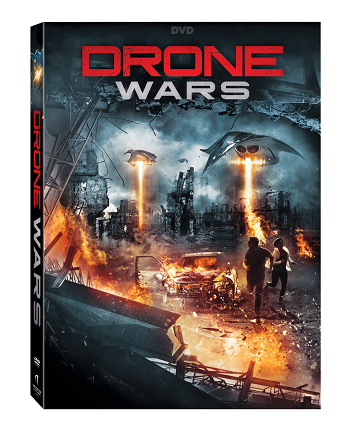 Angeles are tasked with the impossible mission of stopping an invasion of drones from slaughtering all of humanity. Starring Corin Nemec, Whitney Moore, Nathin Butler, and Sean Gunnell, Drone Wars is packed full of action and incredible special effects.

OFFICIAL SYNOPSIS
When drones arrive in a flash, slaughtering humanity and stripping the Earth of its resources, a small team of scientists hiding in Los Angeles works to expel the drone menace once and for all.