Dressed For Adventure: Some Of Our Favorite Spacesuits From Movies And TV 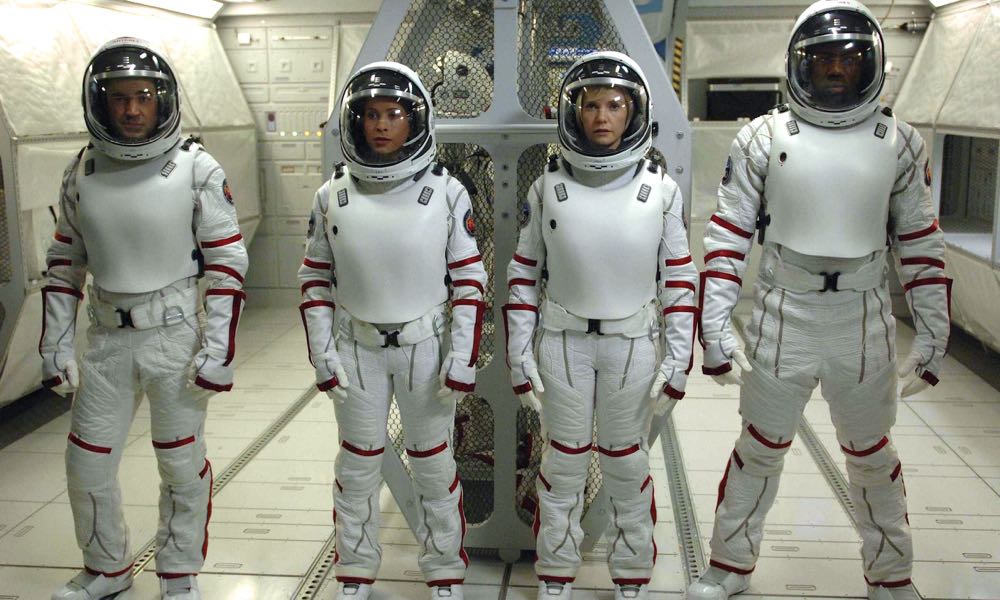 Spacesuits! Just saying the word conjures the stuff that’s most exciting about science fiction: exploring strange new worlds and hostile environments, adventure, and the romance of outer space. These portable harbors of life support are an integral part of the fabric of science fiction and an indispensable necessity for journeys to and beyond the final frontier. Ever since humanity first dreamed of traveling off of our world, the imaginations of those that considered such voyages have engaged in creating ways to protect the pioneers of progress from unknown hazards they might encounter in their journeys.

The first such suits were based on the protective gear created to explore the earth’s oceans. Deep diving suits seemed like just the thing to serve what is fundamentally the same purpose in the investigation of space, and the similarities of requirements for both purposes are inescapable. They serve another goal in the genre of films and TV shows we love. Their appearance is of utmost importance to any production because if your space suits don’t look right, it can ruin the credibility or aesthetic of any production and act as a distraction from enjoying the story. The designs of some examples elevate them beyond being just props. They transcend their utilitarian purpose and become works of art.

More protective armor? More flexibility? Need lights on the outside or lights inside? Able to withstand any extremes you might b encounter? Whatever your need, they’re all here. This collection represents some of my favorites and most memorable examples of science fiction spacesuits from over the years since they first appeared in science fiction movies and TV.

Spacesuits are part of the fabric of pop culture since and before space exploration became a part of our reality, and there are some whimsical, silly, and less serious examples to be found, such as the one below, which did not have anything pragmatic involved in its creation. 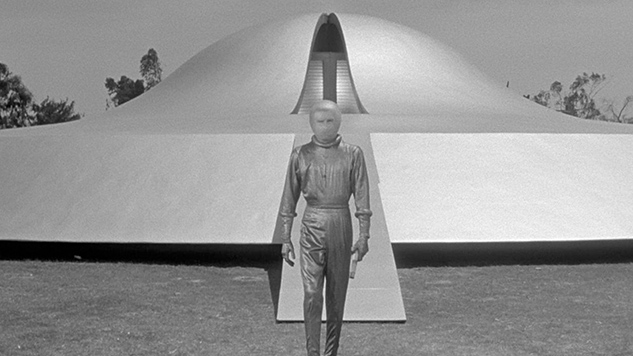 The Day The Earth Stood Still (1951): Klaatu Barada Nikto! It’s not clear if this is an actual spacesuit or just a pilot’s uniform, but it seemed just wrong that it shouldn’t be part of this collection. Its simple design achieves its goal of looking futuristic and alien to our world. 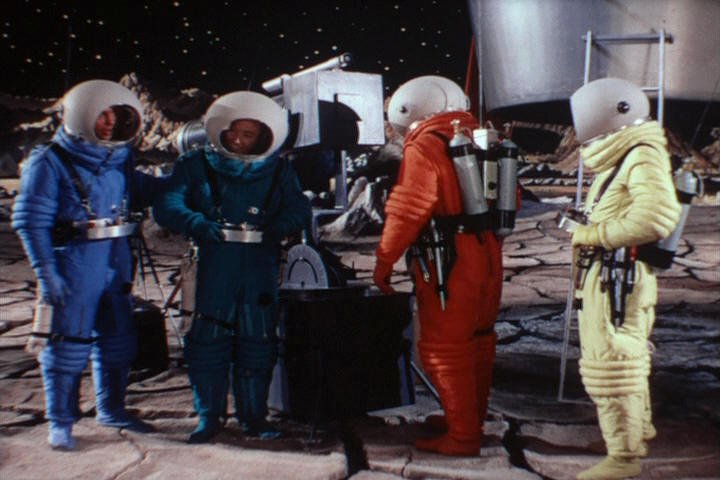 Destintion Moon (1950): This film provides an excellent example of the spacesuits in movies that predate the space age.  It’s one of the first to deal with space travel in a somewhat realistic way, almost two decades before astronauts landed on the Moon and even before the earliest rockets brought the first satellites into orbit.

The suits used in the film look stylishly impressive considering. The removable helmets provided not much visual range. Still, they predicted some later developments like flexible joints and life support. They even color-coded the suits, so it was easier to know who was who, not unlike a particular series that came along a few years later. 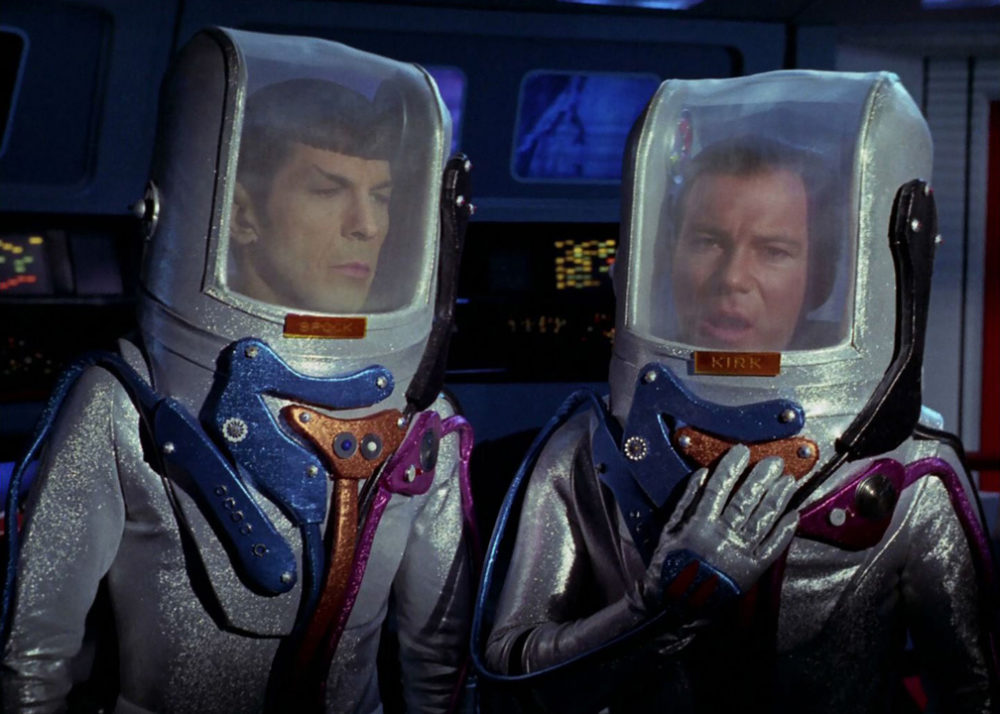 Star Trek TOS(1966-1969): Who can forget these uniquely different space suits from Star Trek? There’s no telling what those colored embellishments are for or if they serve any purpose. The whole rig is very shiny and very odd. I remember thinking the first time I saw these suits; they seemed more suitable for bee-keepers than space exploration. Again the helmet design seems very limiting, allowing the wearer only to see directly ahead. 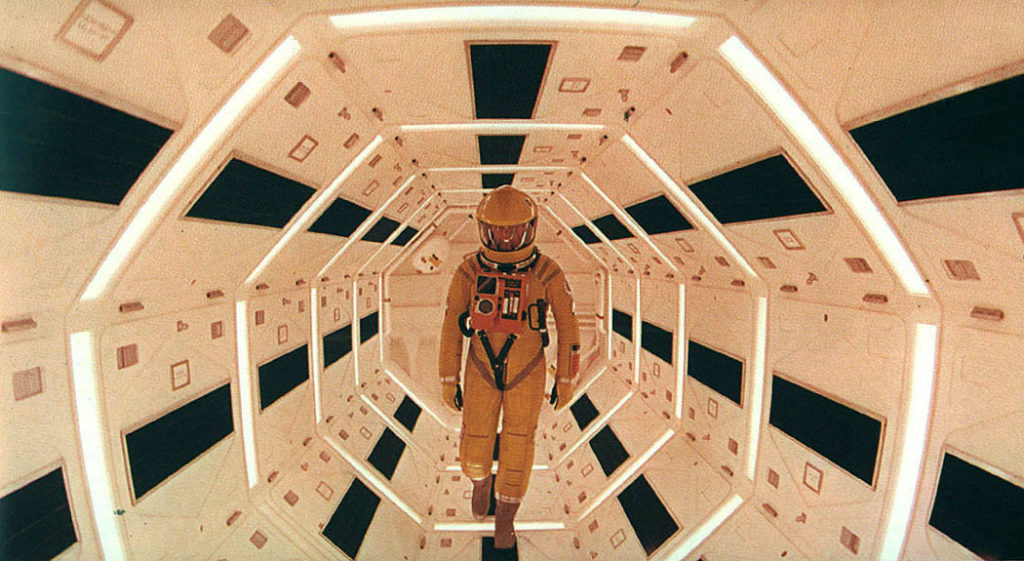 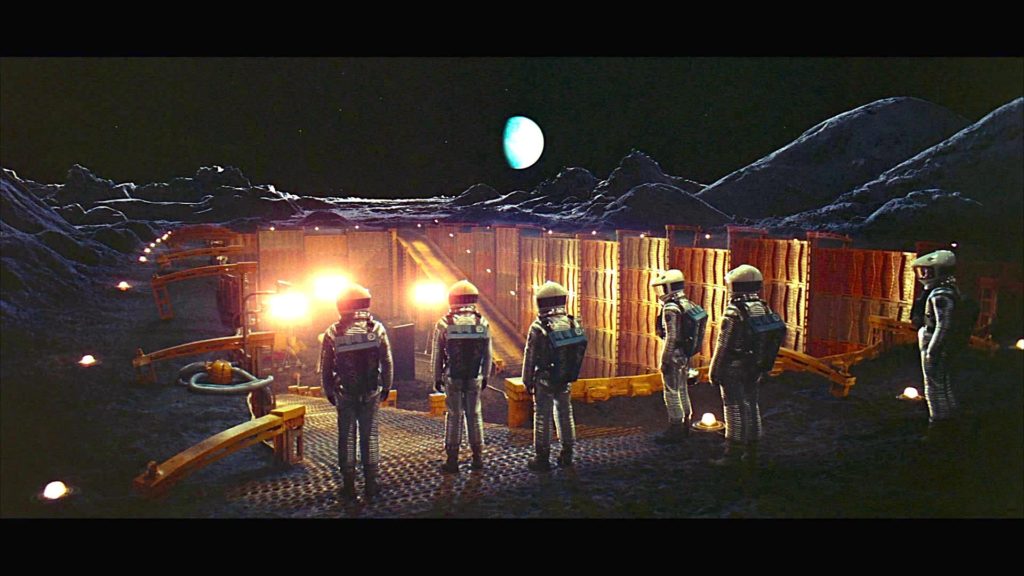 2001: A Space Odyssey (1968): As a cultural milestone, Kubrick and Clarke’s classic cinematic masterpiece no less than revolutionized science fiction movies while also lending validity and legitimacy to the genre. The spacesuits are a radical departure from anything that appeared in films before that. The suits are grounded in a more realistic design based on actual space missions that had taken place in reality. These space suits are nothing less than iconic in their classic appearance. 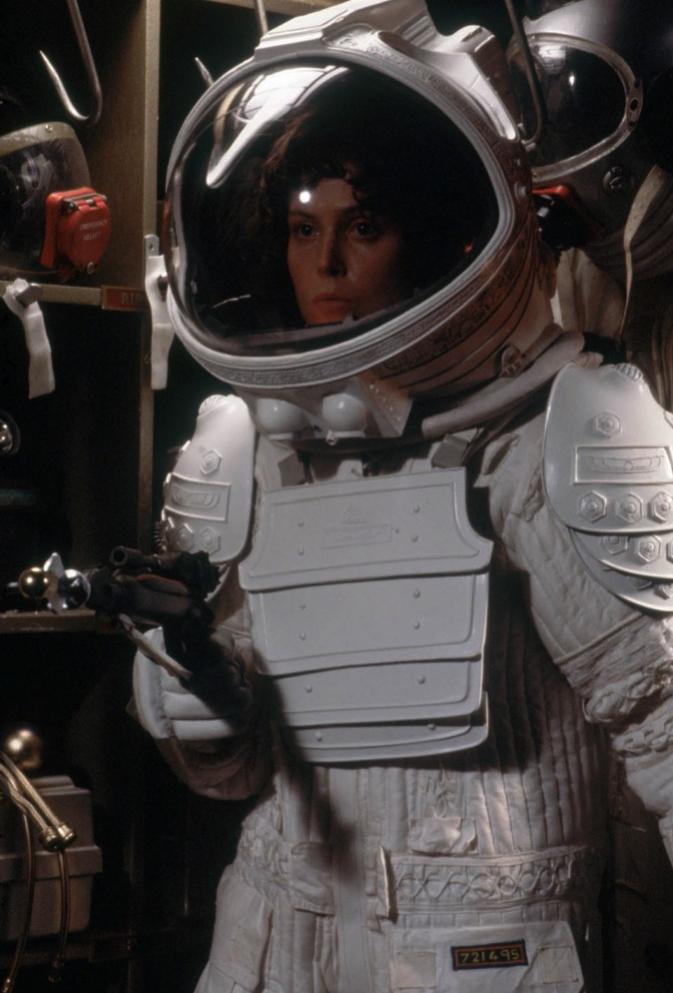 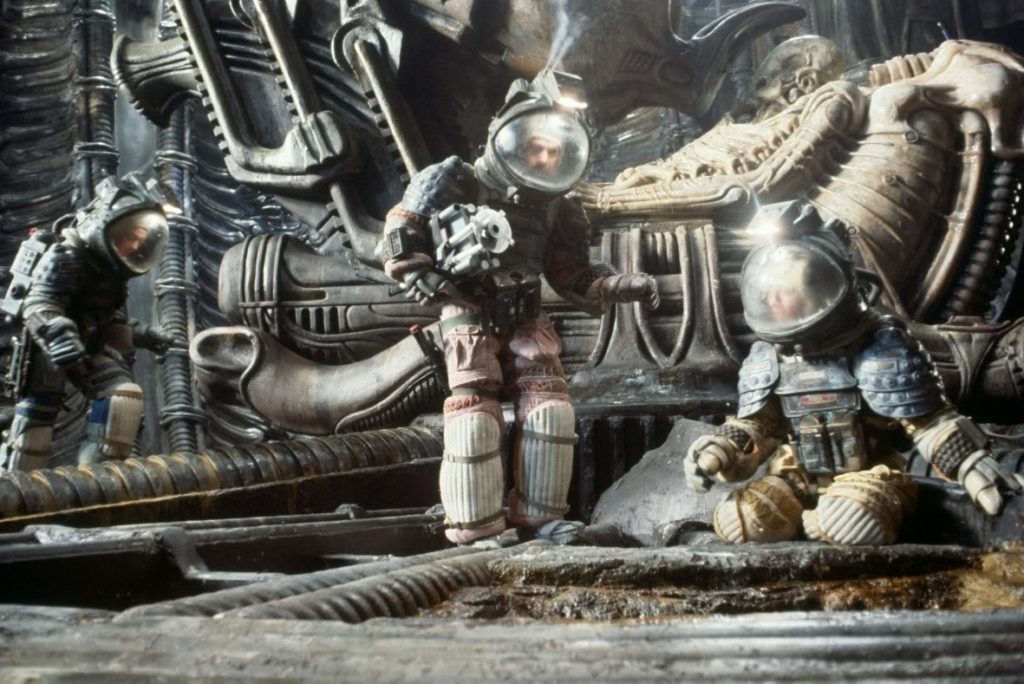 Alien (1979): The spacesuits in Alien, once again, did for spacesuit design what 2001: A Space Odyssey had done about ten years earlier. Here, yet again, we have suits with a more grounded and pragmatic look that’s lent more realistic by their stressed and used appearance. 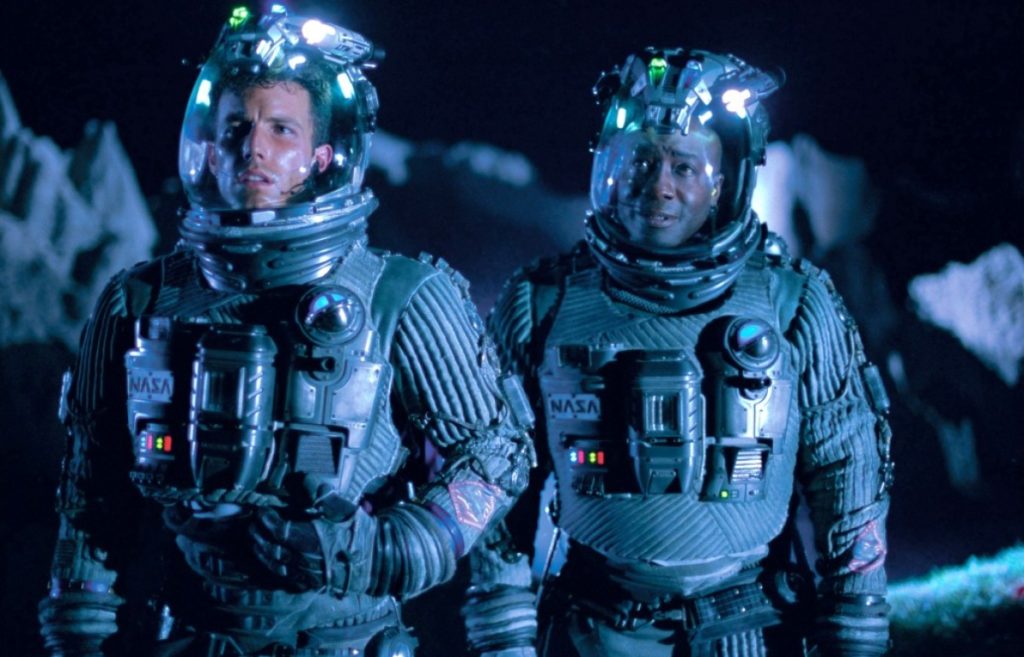 Armeggedon (1998): Michael Bay’s corn-fest of a film was not very good, but the spacesuits they designed for the movie were kind of cool. 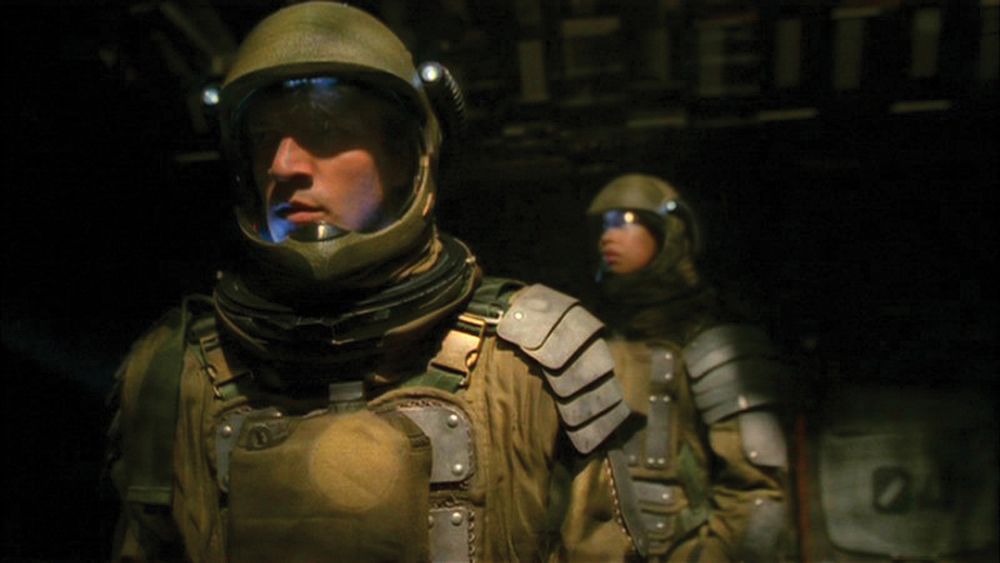 Firefly (2002): It was love at first sight when I saw the makeshift spacesuits used in this series. The sturdy-looking, unglamorous, obviously improvised gear seemed so well suited to the rustic aesthetic of the show on which it appeared. The only question is just how safe is a jury-rigged spacesuit for use? 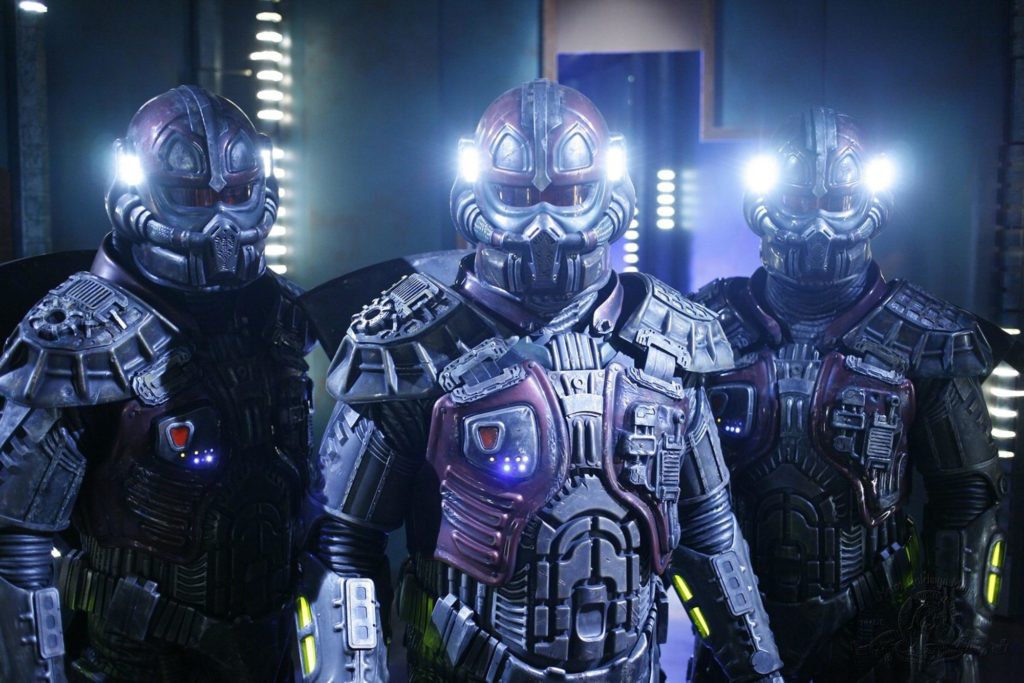 Stargate Atlantis (2004-2009): This is another example of a more elaborate version of the suits from Alien updated with some nice flourishes. This particular model turned out to not be spacesuits but were exoskeletons used by a lost tribe of the Asgard. 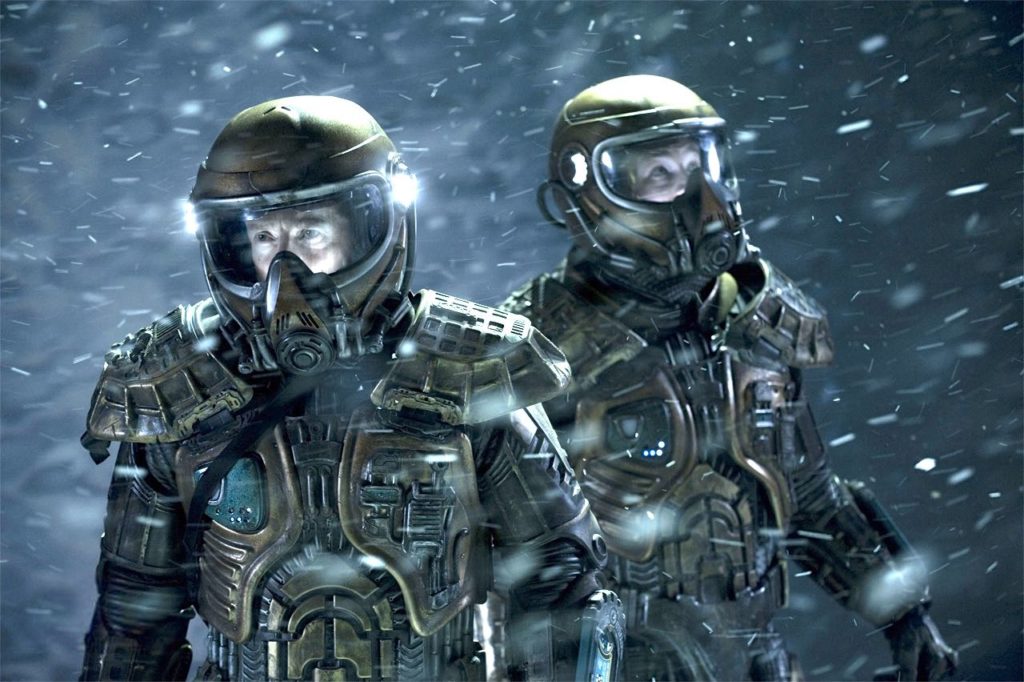 Stargate Universe (2009-2011): Another example of a more modern take on spacesuit design in movies and TV. 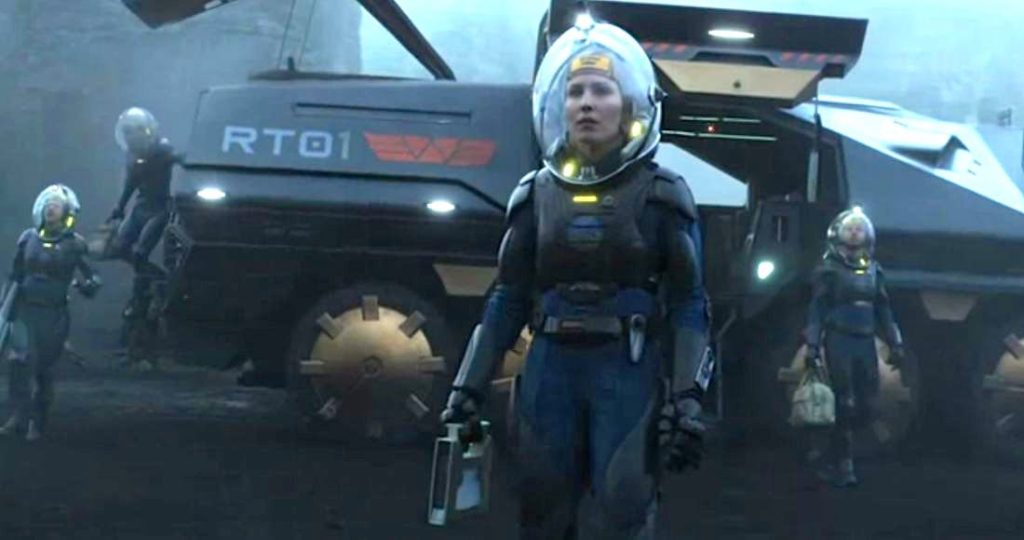 Prometheus (2012): I liked the almost retro styling of these suits that bring the old Flash Gordon and Buck Rogers serials to mind.

As you can see in the video provided below, a great deal of work goes into these creations to enhance genre fans’ enjoyment and appreciation of details.

That about does it for now. Did I miss one of your favorites? Leave a comment in the space provided below.

One thought on “Dressed For Adventure: Some Of Our Favorite Spacesuits From Movies And TV”