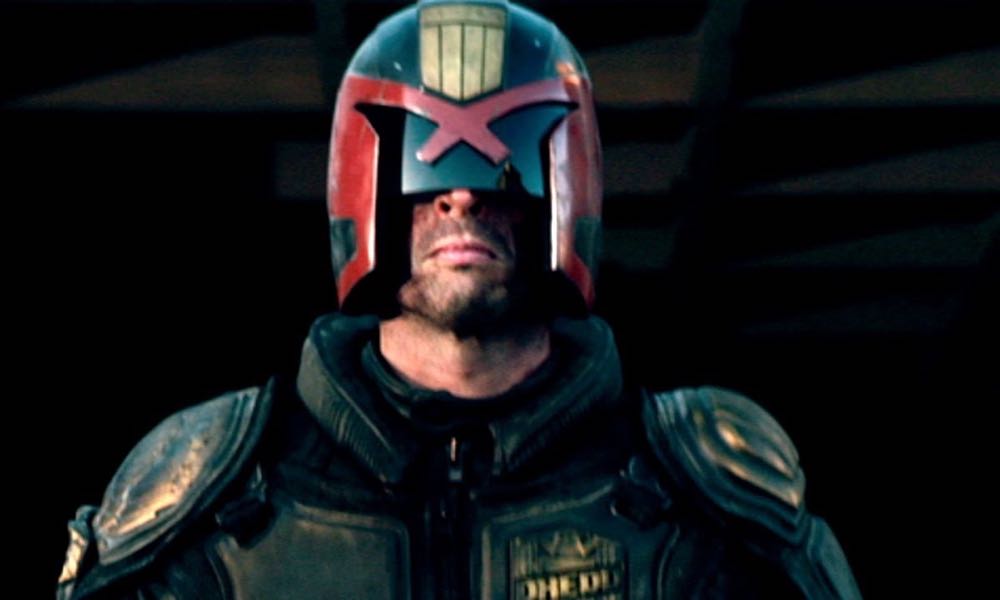 Unlike its infamous cousin, 1995’s somewhat campy film adaptation of Judge Dredd, 2012’s Dredd succeeds in capturing the comics’ essence much better than its predecessor did.

Dredd is a cop movie that taps into the classic cop movie trope of the hardened old jaded pro saddled (often grudgingly) with the duty of doing a training day with a rookie that remains an unknown quantity. This film depicts what happens on that training day.

However, it soon becomes apparent this film is, in reality, a war movie due to the liberal amounts of armed combat that occur throughout the film. Dredd does not depict the classic period piece war movie depicting a more civilized war, but a more savage type of no-holds-barred vision of urban war filled with lots of blood and carnage. The sort of conflict the character’s creators had in mind.

Dredd is a 2012 science fiction action film directed by Pete Travis and written and produced by Alex Garland. It is based on the 2000 AD comic strip Judge Dredd and its eponymous character created by John Wagner and Carlos Ezquerra. Karl Urban stars as Judge Dredd, a law enforcer given the power of judge, jury, and executioner in a vast, future, dystopic metropolis called Mega-City One, surrounded by a post-apocalyptic radioactive wasteland. Dredd and his apprentice partner, Judge Anderson (Olivia Thirlby), are forced to bring order to a 200-story high-rise housing block and deal with its resident drug lord, Ma-Ma (Lena Headey).

The cast does a great job here all around. I think it’s important to remember that Dredd, the film’s eponymous character, is a man obsessed with enforcing the law to the point of seeming much like a sociopath. Urban plays the role with little in the way embellishment outside of a frown permanently etched on his face; this guy is all business, and that business usually means death is not far away. Thirlby is a pleasant surprise as the unknown quantity in Anderson’s role, the telepathic rookie, helps the film succeed and gives the story some heart. Finally, Heady is suitably and delightfully sinister as Ma-Ma sporting a facial prosthetic representing the anger that life permanently carved into her face. 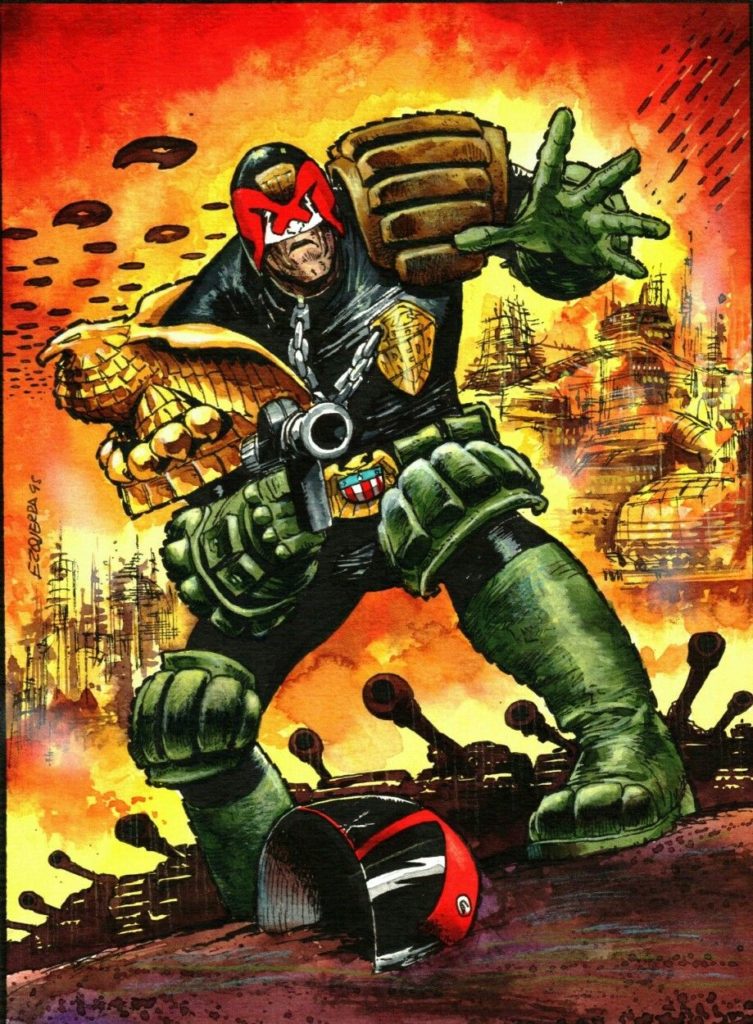 Dredd is an unapologetically mega-violent movie with lots of graphically depicted bloodshed and carnage. However, the film gets right down to business, establishing a serious, no-nonsense tone of armed combat against the canvas of the future dystopic urban sprawl called Mega-City, a place that serves as a grim, gritty backdrop for the films graphic portrayal of a violent world. At the same time, it explores the idea that future humanity is much like it is now, with most of the same social issues intact and even looking much the same. It’s not a pretty picture as the film explodes into an orgy of graphically depicted violence and bloodshed, all taking place for the most part inside the Peachtree Mega-Block, which, when in lockdown mode, becomes an impenetrable bunker nearly impossible to escape or enter unless invited.

Unlike its more flamboyant predecessor, Dredd makes more pragmatic choices in the film’s art direction, reigning in some of the previous films more garish flourishes with a down-to-earth look in both sets and costumes. However, Dredd still manages to generate graphic novel sensibilities more nuanced through its characters’ appearance. In addition, Dredd makes a shrewd move by creating a drug that slows the user’s perception of time and then uses it as a device that gives the film an excuse to use slow motion and other effects to enhance its story, uses discretion, and shows restraint regarding using special effects.

Dredd manages to make a simple, straightforward narrative that could have just as easily gotten titled ‘shoot-out in Mega-Block 13’ into a compelling, thoroughly entertaining, enjoyable, and engaging film that holds your attention beyond what someone unfamiliar with the story might expect. Good stuff when you are in the mood for some almost relentless violent content.