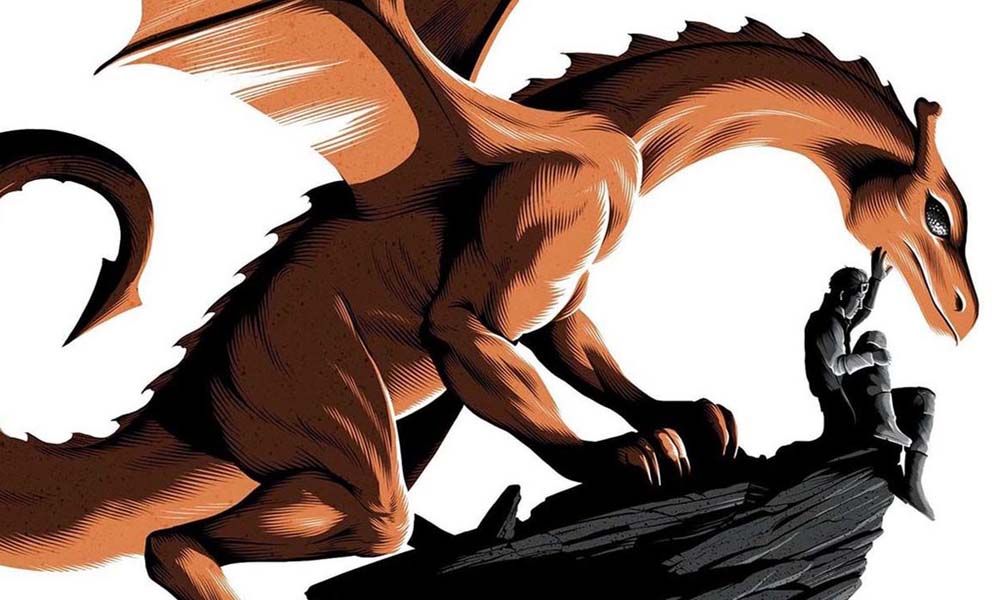 Dragon’s Code is the newest in a the long line of Dragonriders of Pern novels, and is being released in honor of the fiftieth anniversary of the series. This is Gigi’s first Pern novel, taking up the story her mother and brother wrote before her. 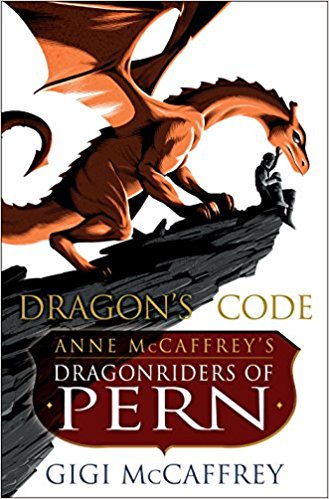 If you’re like me, a big fan of the Pern series, you might be apprehensive about a new person taking on the series. I grew up with these books, and so they’re close to my heart. It would be very sad to have the series ruined by a new author. So I’m happy to report that there’s no reason for concern!

In the first few pages I was truly worried. The book starts with a quick recap of the history of Pern – just the major historical highlights. And it was very welcome, since it had been a few years since I’d reread any of the novels. But then the book had a very desultory start. Piemur was a bit impenetrable as a character to start, and despite the preface most of the first few pages were more exposition and recap.

But once through the first chapter, when even the newest reader would be caught up, the story picks up. Piemur’s personal problems align nicely with the overarching conflict; where do you belong when your life changes drastically? And if Piemur is a little flat on his own, Gigi pulls in enough beloved characters to show other sides to our main character, and help round him out.

The appeal of the book doesn’t rest only on nostalgia. There’s more worldbuilding here, small touches that start to round out, and give new life to, the Pern of old. The plot keeps a good pace throughout. And she deftly sidesteps the common problems with coming of age stories. Piemur may be young and a bit obsessed with his lost voice, but he never veers into being whiny, or feeling so young that he seems stupid. And by the end there’s a lot of character growth to pay off the coming-of-age B plot.

It is true that the book feels like a relatively inexperienced author’s work. There’s some word choices and pacing that could use tightening up. The plot of Dragon’s Code happens at the same time as The White Dragon. Those events are so familiar that this one sometimes ends up feeling a little bit like a sidebar to the previous book. But it also feels like a Pern novel. Gigi McCaffery expertly captures that same atmosphere; wonder at the dragons, the terror of Thread, the very vibrant and living world of Hold and Weyr. For this long time fan, it feels like coming home. I can only hope this is the start of a new clutch of Pern books from this very promising author.