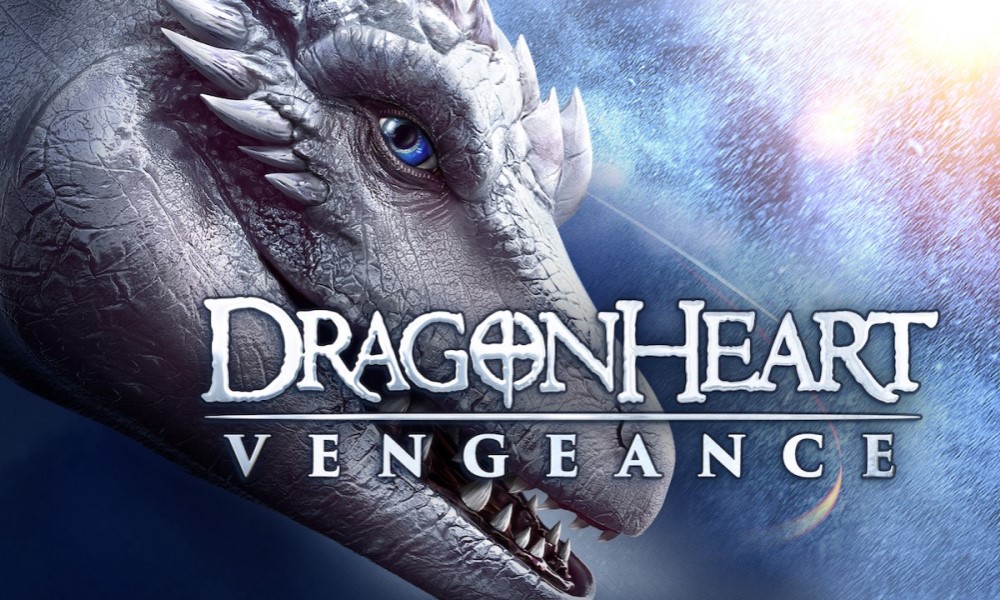 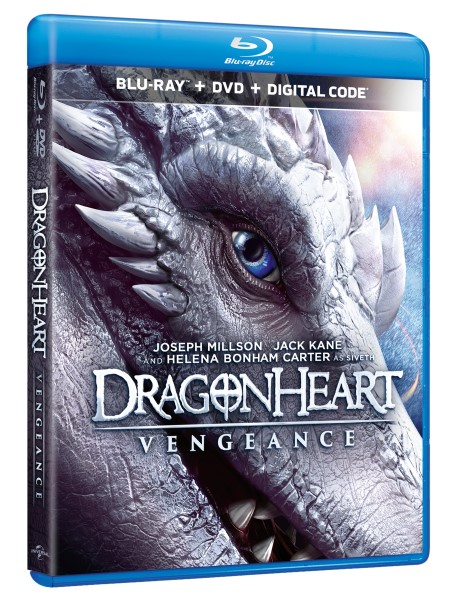 Are you as amazed as I was to learn that Dragonheart: Vengeance is the fifth film in the fantasy series which first began in 1996? Vengeance is actually the third prequel continuity-wise to the original which starred Randy Quaide and Sean Connery as the voice of the dragon. While viewing this film doesn’t require having watched any of the previous films in the series a little familiarity is helpful.

Lukas (Kane) is a young farm boy who witnesses his family’s brutal murder at the hands of a vicious quartet of bandits who refer to themselves as the Bear, the Wolf, the Snake and the Scorpion. Seeking revenge, Lukas sets out to the city, first to seek aid from King Razvan, and then to hire mercenaries when the King rebuffs his pleas for help. Several thugs in a tavern attempt to bully Lukas into hiring them and he is rescued by a swashbuckling swordsman named Darius (Millison).

Lukas learns the myth about a dragon who was banished by the King years earlier is true and sets about to find its lair. Lukas meets the Dragon name Silveth (voiced by Helena Bonham Carter) who, along with Darius, joins Lukas to track down the bandits, doling out several life lessons about vengeance vs. justice along the way.

Dragonheart: Vengeance is a decent little fantasy film as direct-to-video films go. There’s plenty of swordplay to appease action fans. Instead of the typical fire-breathing dragon, Silveth has frost breath which can take the form of a freezing gas or as bolts of solid ice. The visual effects of the dragon are surprisingly good and a testament to just how well special effects can be done these days on a small budget. It’s not Game of Thrones, mind you, but its not SyFy channel quality either.

As you might expect Helena Bonham Carter is a joy as the voice of Silveth with a more empathetic take on the dragon character. She owns every scene she is in. Veteran English actor Joseph Millson is also quite good as the wise-cracking swordsman, Darius. Still, they can’t save the film from lapses into silly dialog which routinely falls into modern vernacular. This is a common flaw in a lot of these films that should be easily avoidable.

Most of the other characters fall into familiar stereotypes. The villains, the evil king are cardboard cutouts lacking any sort of depth. They’re evil because the film needs antagonists to fit the narrative but there is no attempt to develop them beyond that.

Dragonheart: Vengeance isn’t a great film but it’s passable and if you’re a fan of the series I think you’ll like it.

A New Legend (3:00.) – Short promo piece with cast and crew interviews discussing the making of the film.

Creating Siveth (2:00) – Another short promo that focuses on the dragon herself and Helen Bonham Carter.