I remember seeing the trailer for this unique take on the fantasy and survival genre in filmmaking back when it was called The Dwarves of Demrel. 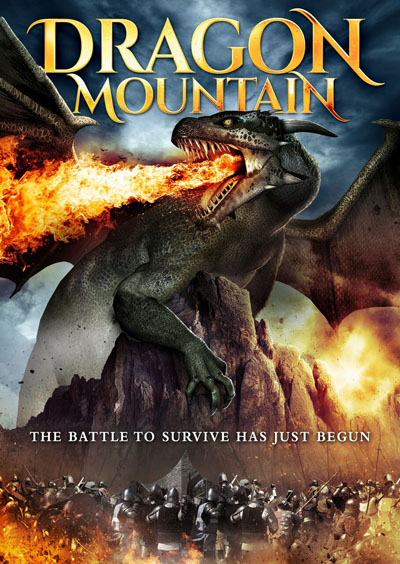 It struck me immediately even then the combination of concepts seldom seen: the Tolkienesque mining dwarves and the ‘trapped in a cave’ type films famed for examples like The Descent. The production looked great for an obvious independent production and this held true to the final release.

We’ve got some fine acting, great costumes, nice makeup work (the ubiquitous beards are hit and miss) and the cinematography does get across the important sense of claustrophobia with the muted but focused lighting making the sets and characters indeed look illumined by torchlight or the pale glow of electric lamps. The effect of making the actors look small enough to pass for dwarves is also very impressive. Except in some long shots you can buy the cast as being the proper size, and it does wonders for immersion throughout.

I’m guessing here but it seems fair to say that this production had a few changes before publishing. The writing and direction as well as the trailer suggests a slow burn character study with a thriller/horror sensibility despite dwarves being involved. The beginning however makes mention of some kind of sweeping conflict between dwarves and humans and features a CGI dragon in a sequence which wouldn’t feel out of place in Lord of the Rings but is hardly mentioned again and seems like a hasty addition to make the movie feel more like typical fantasy flick fair. The voice over also describes elements that other dialogue in the film will repeat. It all smacks of a studio mandate.

It’s an unnecessary addition if it was one. The story with it’s intimate nature and slower pace holds up nicely without the ‘epic’ flair of the introduction, almost with staging like a play. Dwarves talk among themselves and reveal their stories and beliefs in a natural way. The actors are all truly excellent and captivating. It also helps that the props are on point and massive set looks convincing at the deepest depths of a rough-hewn cave.
The story starts out simply after the overblown beginning. Several dwarves find themselves captive after a cave-in, one of them injured. Apart from the trappings of medieval/steampunk aesthetics this could almost be an ordinary tale of miners held prisoners together underground, but it’s the details which make the journey enjoyable. Dwarves discuss their culture. One owns a pet which is also his good luck charm. Characters have distinctive appearances, voices, and attitudes which helps to place them apart…even if their fantasy-style names are a little difficult to remember.

A lot is discussed by not thoroughly explained which provides for an interesting atmosphere. As far as the cast is concerned such things as ‘oil sells’ and mysterious tappings as well as other inexplicable machines they encounter are so commonplace they don’t really describe them in depth. I think a savvy audience can make out everything they need to know about the more fantastic elements without the need for lengthy exposition. It’s this lack of exposition throughout the rest of the film which makes me suspicious about the beginning with it’s somewhat muddy voice over.

At an hour and change it’s a bit of a sit. The slow unraveling of the plot and the somewhat repetitious nature of the cast sitting in darkness or wandering around in torch-lit tunnels can become wearing. At a certain point all progress seemed to crawl and as much as I enjoyed the performances and the original premise I can see some getting fed up.

It’s an interesting experience that’s difficult to associate directly with anything else and that might be worth the price of admission.
There’s some suspense, interesting characters, and especially if you like dwarves and want to see them taken center stage feel free to get lost in the mine. You might just find some gold while you’re scrabbling around in the dark.

Be sure to check  out Anti-Hero: an original online motion comic series by Dan Oles in progress: https://www.youtube.com/watch?v=qmmouuBlWTk