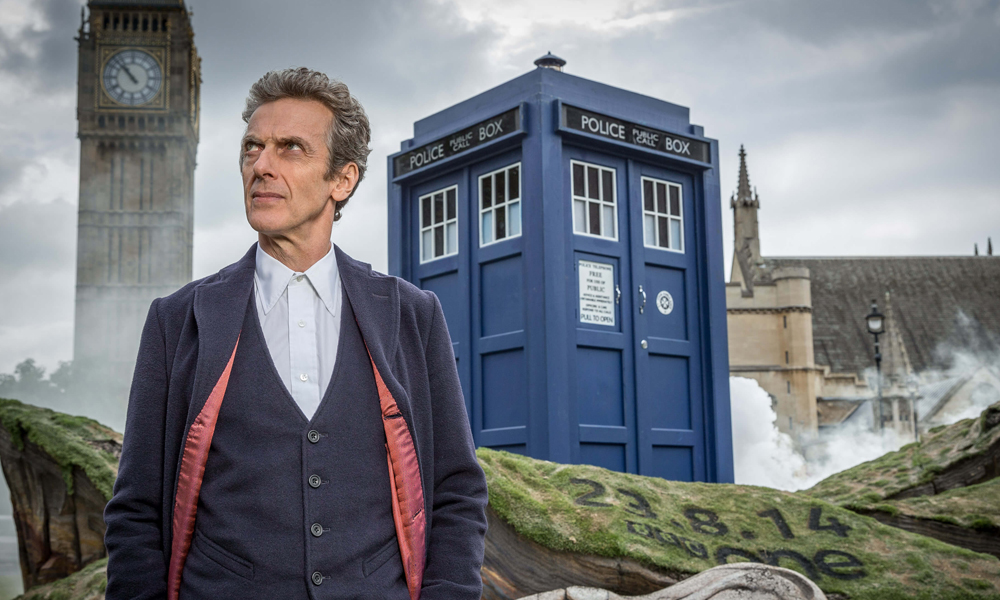 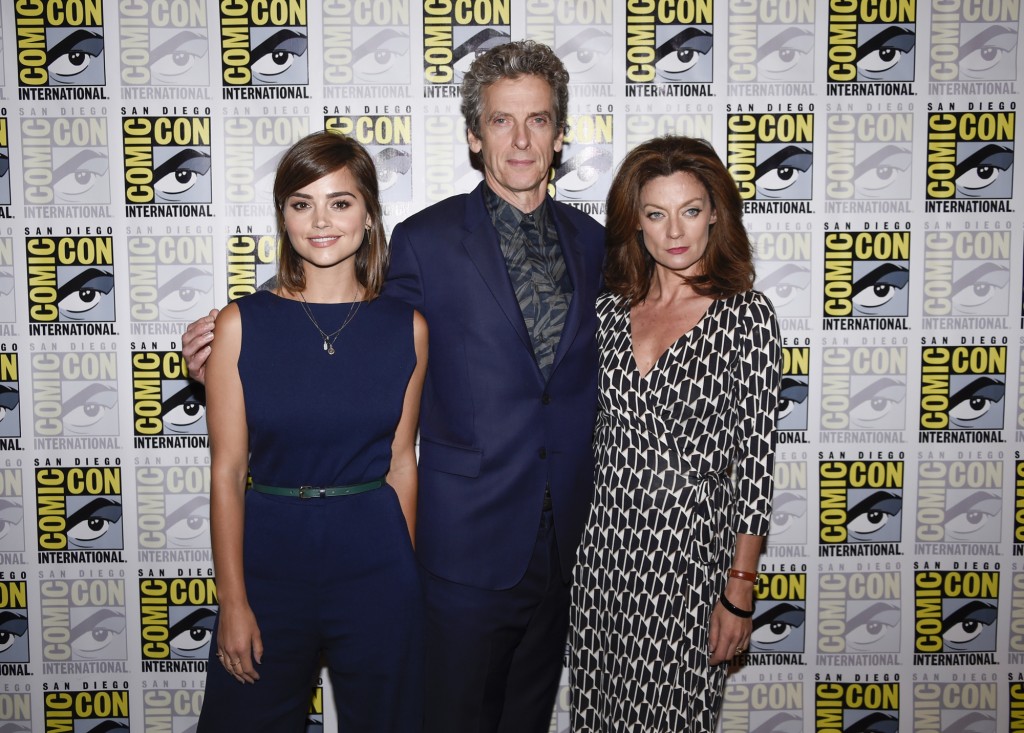 Doctor Who has come a long way from PBS, here in the United States, to Hall H on Thursday at Comic Con. Seriously, that is a big deal for Doctor Who. I alone saw David Tennant’s Doctor pack room’s ABCD for his specials, that room did not seat 7,000. Hall H is where you want to want to be. The press release contains the release date and trailer for the 9th season (series in the UK) of Doctor Who.

The Sci-Fi Movie Page will be bringing you reviews of the season every week!

Press Release: Exploding with epic and thrilling adventures, Doctor Who returns to BBC AMERICA on Saturday, September 19 in the new season of the hit show.

The Doctor (Peter Capaldi) is joined by Clara Oswald (Jenna Coleman) for time travel on a cinematic scale. Having the time of their lives, the pair meet new and old monsters, and go on a journey that takes them to deadly alien planets, creepy underwater bases, Vikings villages, a global Zygon uprising, and leads them through hidden alien dens, to the very end of time itself.

Meeting monsters old and new the Doctor will come face to face with Missy (Michelle Gomez), a city of Daleks, deadly mercenaries called the Mire, terrifying ghosts and more.

Having filmed in Cardiff since January, Peter Capaldi said:

“Soaring through all of time and space, series nine sees the Doctor throw himself into life with a new hunger for adventure. The Cosmos is there for the taking, thrilling, epic and enticing, and his to play in. But he’s almost reckless in his abandon. It’s almost like he’s running from something, something that if it ever catches him will turn his life upside down.”

Previously announced and taking up a guest role in the new season will be young new talent Maisie Williams, having already achieved global success for her role as Arya Stark in the fantasy drama series Game of Thrones. Michelle Gomez (Missy) returns to plague the Doctor and Clara in the season opener, and UNIT are back with Jemma Redgrave and Ingrid Oliver (Osgood) returning to season nine following their popular entrance in season eight. Also confirmed as guest cast in the new series are Rebecca Front, Rufus Hound, Paul Kaye, Joivan Wade and Sophie Stone.

The last season of Doctor Who was BBC AMERICA’S highest rated season ever on the channel and season eight is available now on BBC AMERICA On Demand and all digital platforms, as well as on Blu-Ray/DVD.

Doctor Who is a BBC Cymru Wales production for BBC One, co-produced with BBC AMERICA.

Other guest cast include: