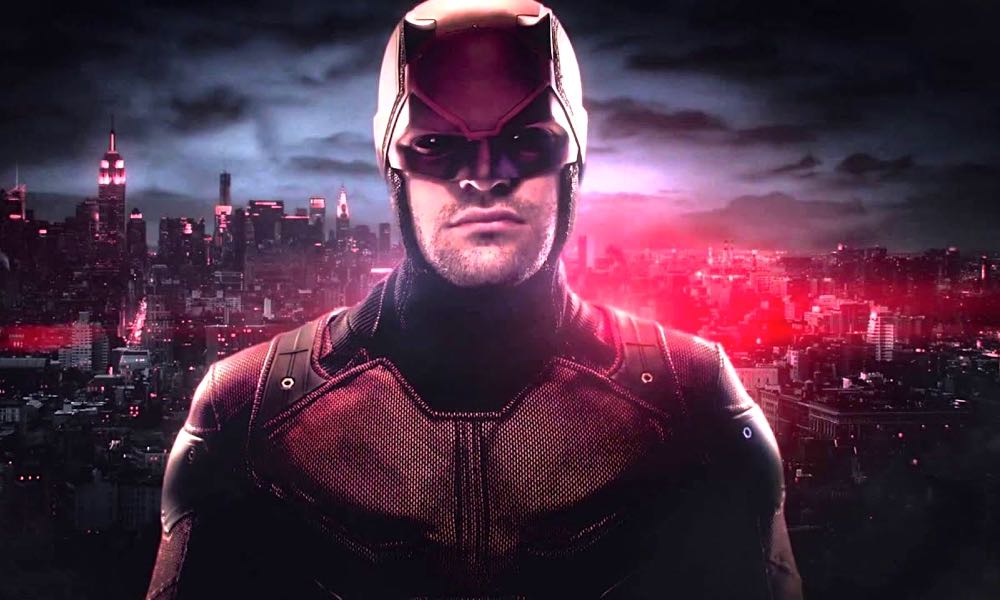 There’s good news for fans of Marvel’s second-tier street-level costumed characters. Daredevil, Jessica Jones, Luke Cage, and even Iron Fist are no longer in limbo. The financial dealings between Marvel and Netflix that prevented their use is at an end, and Kevin Feige recently announced, “Everything is on the board. That one of the fun things about the comics is that characters appear and disappear and come and go. All of it is an inspiration for the future. There are some great characters and actors from those shows.”

I agree, which, of course, leaves us with the question of ‘Do we really want more of these characters and their stories?’ Of course, the answer is yes, we need to have a televised counterpart to the comics-based movies we enjoy in a world desperately in need of more good quality genre TV. I prefer outer space adventures, but that is a conversation for another time.

In case you are not familiar with what I am talking about here, Marvel’s Daredevil, or simply Daredevil, is an American television series created by Drew Goddard for the streaming service Netflix Marvel Comics character of the same name. It is set in the Marvel Cinematic Universe (MCU), sharing continuity with the franchise’s films. It is the first in a series of shows that lead to The Defenders crossover miniseries.

The series lasted three seasons and was on between 2015-2018 and featured Charlie Cox as Matt Murdock / Daredevil, a blind lawyer-by-day who fights crime as a masked vigilante by night. Deborah Ann Woll, Elden Henson, Rosario Dawson, Vincent D’Onofrio, and others. The series portrayed a refreshingly grim, gritty, and grounded more adult noir sort of reality with writing that matched. I really enjoyed Cox’s interpretation of the character and most of the casts’ efforts. It was great series, and something like it should be regularly featured on TV.

I was a big fan of those Marvel comics-based shows on Netflix, especially in Daredevil’s case; at the point in history when it arrived, all genre fans had going on television at the time was Greg Berlanti’s Arrowverse. Its more camp attempts to bring comics to life on the television screen, while sometimes coming close to being okay for commercial television, were not entirely the satisfying adult interpretations of the material we were looking for and were immediately exposed as falling far short of what they could be as soon as those Marcel based series arrived. The Netflix series represented a paradigm shift in genre television. It was as if the genre of comics-based TV shows had suddenly come of age. Daredevil and the other series were so far beyond the Arrowverse that it was almost revolutionary, and those fight scenes!

I always liked Daredevil as a character but never thought about why really until now. His origin story is a close cousin to that of Spider-man. and The Hulk, too, for that matter, a spin-off of the classic exposure to atomic materials having unexpected effects story. Also, he was different and unique. He’s an easy to relate to genuine underdog that overcomes what would normally be a debilitating handicap and turns it into an advantage. Like that other more famous vigilante, he disavows the use of guns and deals out justice with his fists and nothing else.

Matt Murdock is a well-crafted character that invites comparison with another vigilante whose favorite color is black. His working-class origins added appeal and go a long way towards defining who and what he becomes. Unlike that other guy, he doesn’t have a collection of fancy expensive gadgets or an endless supply of explosives to use when things get tough.

So the question before us is should Daredevil continue in the MCU, and should Charlie Cov continue in the role? Its got to be obvious by now that my answer to both questions is an enthusiastic yes. What do you think? That’s it for now, and happy viewing.