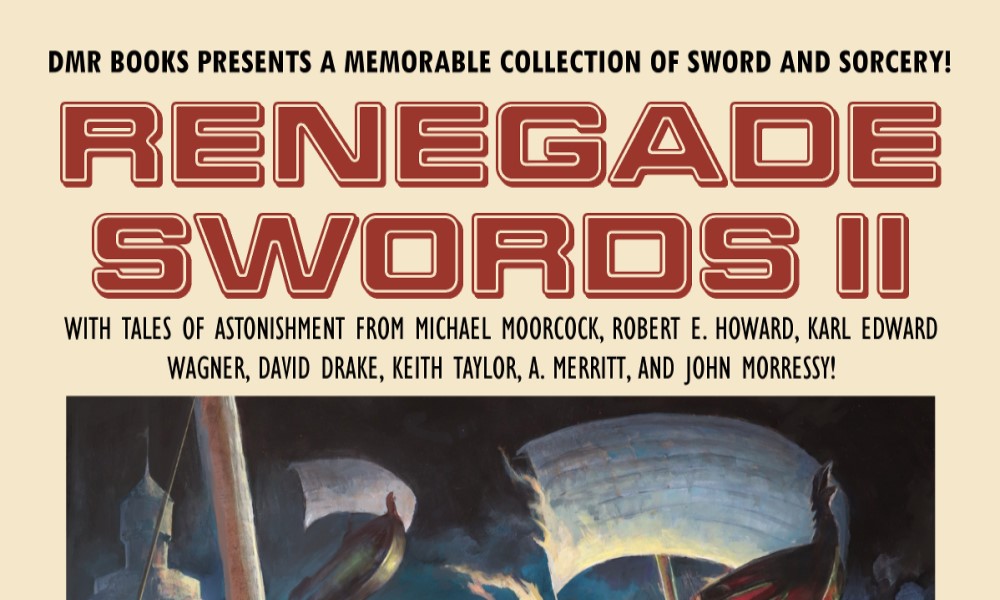 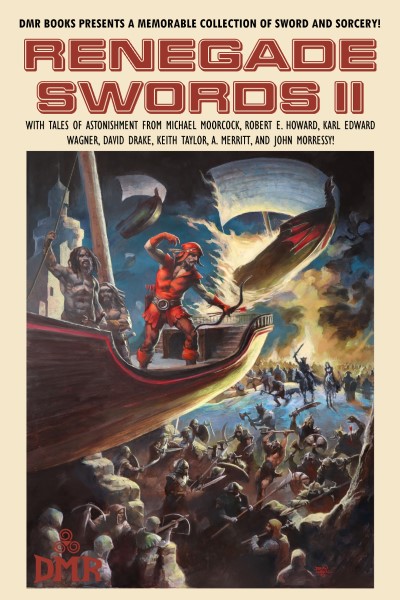 Wade Wellman, was a rousing success for DMR Books. Therefore it’s only natural to follow it up with a second volume. Early March will see the release of Renegade Swords II, which, like its predecessor, will collect eight tales of sword-and-sorcery and heroic fantasy that you might not have come across.

We are proud to announce that Michael Moorcock, one of the legends of sword-and-sorcery, will be making his first appearance in a DMR Books release. Renegade Swords II will include both of his short stories that feature Rackhir the Red Archer as the protagonist: “To Rescue Tanelorn” and “The Roaming Forest.” The cover illustration for Renegade Swords II, once again by Brian LeBlanc, depicts Rackhir defending Tanelorn from the armies of Chaos.