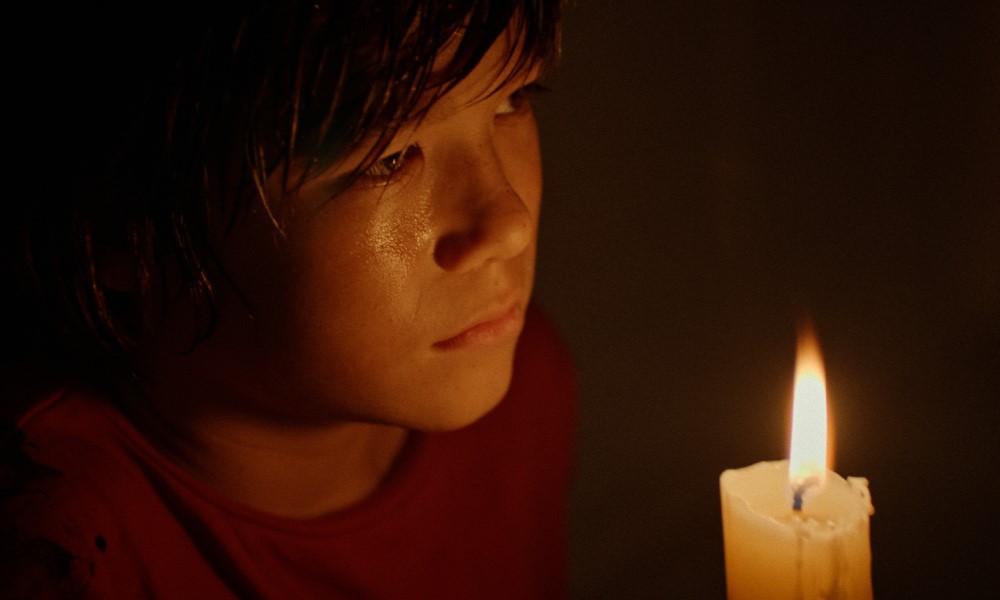 There’s a thin demarcation between tension and boredom. Tension implies suspense and surprise: a sneaking dread that something unexpected could occur at any more. The unassuming protagonist is walking into an unseen trap and we the audience have no idea when the villain will strike, only that it will be at the last second when we let our guards down…or perhaps not this time at all. 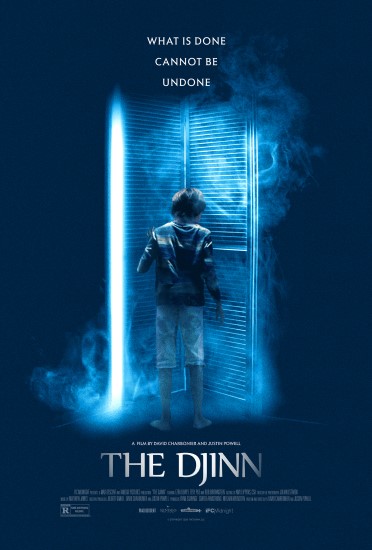 The opposite to this is boredom: the most obvious thing is taking forever to happen. The plot is dragging its feet to reach preordained junctions, leading dialogue lays on foreshadowing too thick, and vague characters muddle around in vague danger or lack thereof.
Welcome to The Djinn, a fly-through of a mostly empty house in the 80s.

Atmosphere is nice but it needs to be seasoned with more stakes than just the plot line either moving or sitting still. The protagonist here is a mute boy living with a single father who doesn’t like being mute although he’s constantly told it’s not effecting the opinions of others, especially his loved ones. Regardless he wants so much to be capable of speech he reads through a dusty old tome so cliche it blends together several theologies and cultures into one as if they were compatible (why is there a medieval woodcut of witches in a book about spirits from the Quran?) and files it all under the legend of the Djinn. In this film a Djinn operates like a typical Bloody Mary type urban legend which can be summoned by reciting poems into a mirror and lighting candles. Lucky for the kid you can use sign language to make your wishes as easily as just reading the poem aloud.

From a default stance a kid with a disability is not someone you want to see suffering and scared, but since we know almost nothing about him from the off that’s all the investment can settle into: default. Since he’s the only character it is highly unlikely the movie will kill him off so no matter what he goes through (especially less than halfway through the film) his survival is almost guaranteed.
As an aside, whatever these did to the kid to make him cry wasn’t worth it for this stock horror flick…unless the kid really is an incredible actor, which is a possibility. His believable performance, especially being unable to say anything, is definitely the high point of the movie.

As mentioned above the directing is competent, the effects work acceptable. Why it’s set in the 80s I’m not sure, except maybe to have synth on the soundtrack. Maybe it’s not as personal a story for me as it probably was to the creators. This feels like working through some kind of family issues. Either than or cheap yanks on the ol’ emotional chain.

Whichever, I’m not sure who this is for. It’s too slow for adult gore-hounds. It’s too grim and bloody for kids. Everyone else is in for a middling haunted house tour, flashbacks, and a couple jump scares. The tone is dim, the conclusion dour, the execution in literal slow motion sometimes.

If you can’t get enough of monkey paw wish stories, here’s another one I guess.