Disney’s Zootopia: A Sneak Peak at Next Year’s Animated Feature 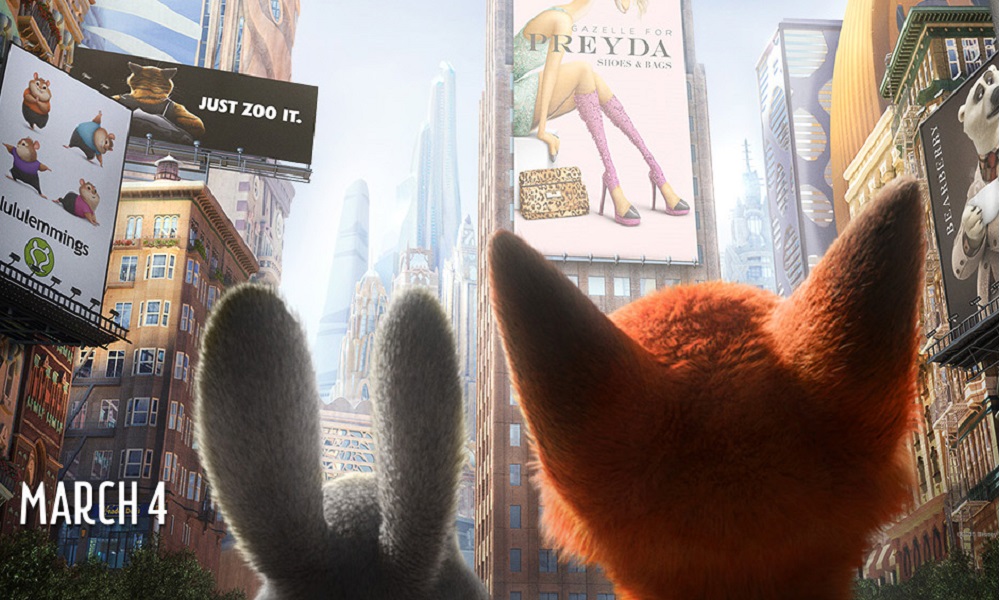 A few weeks ago, the Sci-Fi Movie Page was invited to look at some new footage for the upcoming Disney film Zootopia, as well as speaking with some of the animators and other creative minds behind it. We’ll admit it: we were pretty skeptical about this one, which seemed to be another contrived series of talking animals going through the motions of a family-friendly adventure film. But the more we delved into this world, and the more details they started showing us, the more exciting and attractive the project became.

Why? We’re guessing it’s part of the attitude that John Lasseter brought when he came to Disney from Pixar: a way of putting these movies together that says, “we can take time and make sure it’s awesome” instead of, “the premiere’s in six months, this will be good enough.” And while we haven’t seen the final product of Zootopia yet, it’s quickly been added to our list of films we most want to see in 2016.

The crux of that comes down to the world, which superficially resembles that of many other animated features. One you burrow below the surface, however, the details that went into it become irresistible. For starters, they’ve broken one of the big taboos around the talking animal motif: make the animals accurately sized.

“At first, we looked at it as a big challenge,” writer and co-director Jared Bush told members of the press. “From an animation perspective, it’s never been tried before because of the simple logistics of making it look natural. How can a mouse talk to a giraffe if they’re the same size they are in reality? It’s easier just to fudge it as much as you can, then get on with the story.

“But the more we went on and as the concept ideas started to come together, the more we saw an opportunity to do some really incredible things with the notion. Suddenly, instead of an obstacle to overcome, we had a constant fount of really fantastic ideas to draw on.”

You can see those ideas in the design of the film’s titular metropolis, where mammals of every species live, work and occasionally commit crimes that the film’s two heroes need to solve. Mice, for instance, live in a suburb called Little Rodentia, which is demonstrably smaller than the surrounding neighborhoods. And when an otherwise pedestrian foot chase travels through there, what could have been a hop-hum action scene turns into a hilarious send-up of Godzilla-style mayhem.

That inventiveness informs every corner of Zootopia, from the art direction and character design to the fish-out-of-water crime story that forms the movie’s centerpiece.

“Our heroine, Judy Hopps, isn’t a resident of the city,” Bush explained. “She comes to make it in the big city as a cop – something that rabbits aren’t supposed to be able to do – and we can show the audience all the wonderful corners of the world through her eyes.”

Those details include meticulously conceived cars, streets, shops and neighborhoods that address the variations in size, gait, habits and – by extension – personalities and working professions of the city’s bevvy of animals.

“We did a lot of research,” said head of animation Renato dos Anjos. “We went to the Disney parks in Florida, and game preserves in Kenya to see how the animals moved, how they behaved and what kind of physical features they demonstrated. We used that to inform all of the characters you see in the film: their jobs, their movements and the way they went about life in a city built by animals for animals.

“Of course,” he laughed. “We had to figure out all of that with our characters walking on their hind legs.”

You can see the difference in those details, from gnus crossing the street to water buffalo cops giving perps the stink eye. If nothing else, Zootopia commands attention just to watch for the little touches in every corner of the screen.

That being said, a great world design still isn’t a great story, and we won’t see the entire fruits of that until the film opens next March. But with Lasseter’s signature ethos in place and the classic Pixar dedicated to great stories and quality characters in place, there’s definitely reasons to get excited.

“Disney has a long history of anthropomorphic animal movies, from Dumbo to The Lion King to Robin Hood,” Bush said. “We wanted to draw on that legacy, but not to lean on it. John has always said ‘we’ll only do it if it’s never been done before.’ I think audiences are going to see something very special with this film.” 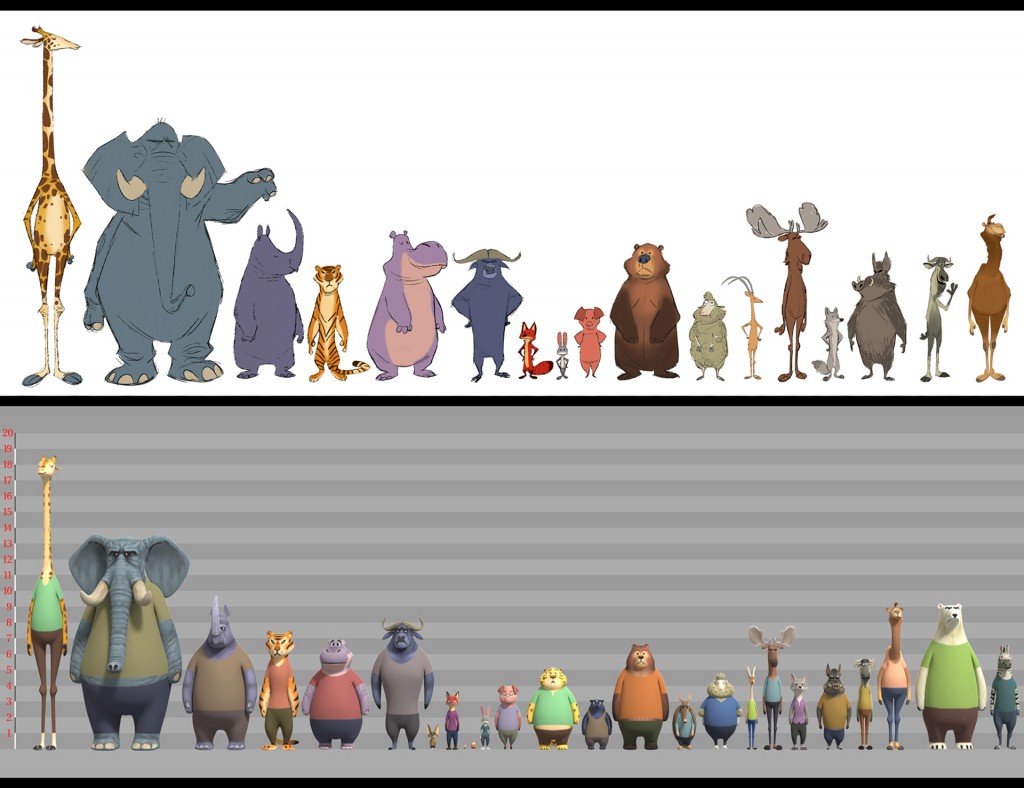 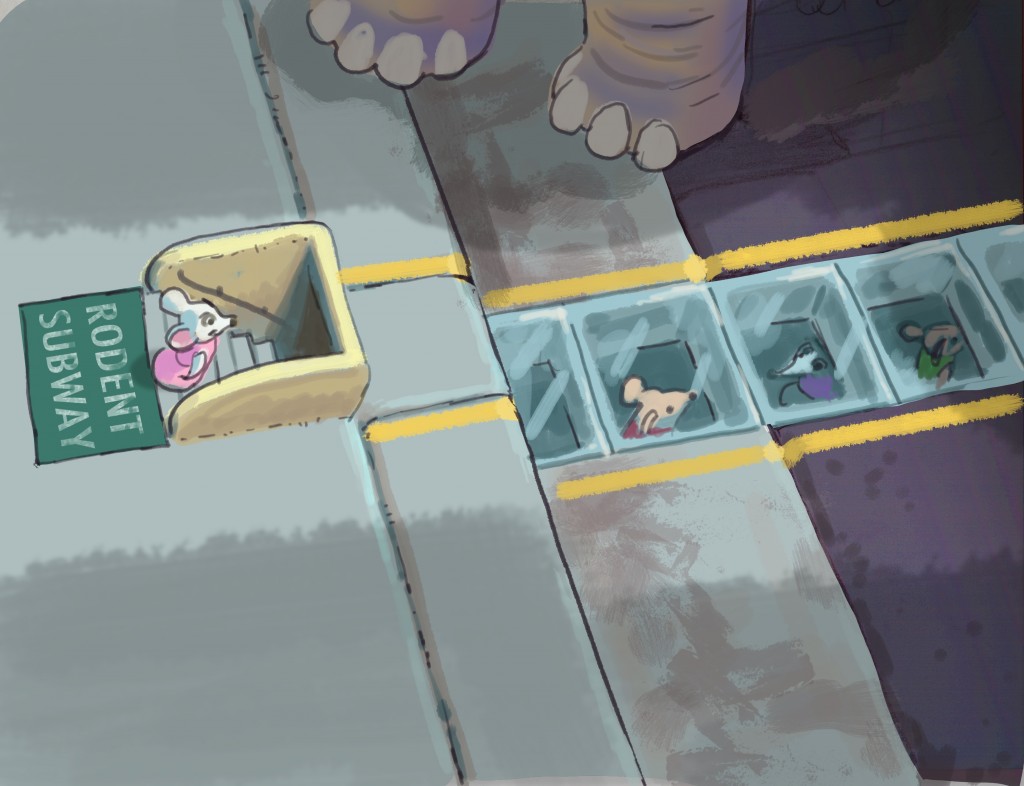