Disgraced Star Wars writer Chuck Wendig, who was fired by Marvel Entertainment in 2018 for his profanity-laced twitter rants, went off the rails again recently, attacking J.R.R. Tolkien and “The Lord of the Rings” in a series of “hey look at me trying to be relevant” tweets. 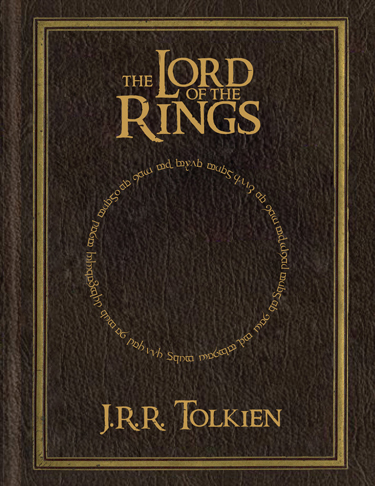 Wendig went full nutbag crazy stating: “Tried to read LOTR a bunch and couldn’t get through it. Worldbuilding is not plot. Your book shouldn’t read like an RPG manual but should also make me wish someone made your book in an RPG. The Chosen One is a tiiiiired narcissistic trope.” 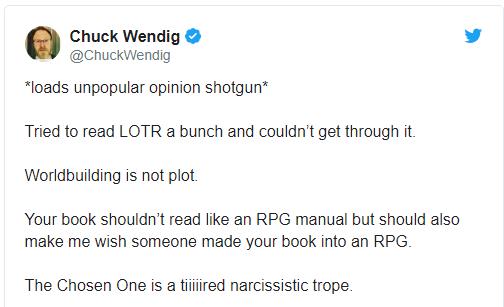 Wendig doesn’t seem to be aware that the Lord of the Rings novels were published in the 1950s before the advent or role-playing games.  In fact, Lord of the Rings was largely the influence on the creation of Dungeons and Dragons.

Wendig wasn’t done. He returned shortly later to attack the revered fantasy author on the grounds of race saying: “Your world is too white and male and straight — and ironically not fantastic enough. What happened in Medieval England is not relevant to IMMAGICKA THE DRÆGOONLANDS.” 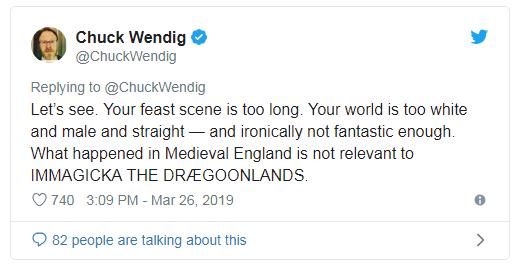 By all means, someone dig up Shakespeare so he can be pilloried for his writings being too white and male.  He would then go on to extend his attacks to all epic fantasy: “The bigger the series, the likelier it is that it unspools into minutiae and footnotes and chaos. Killing characters is a cheap way of building emotional effect.” 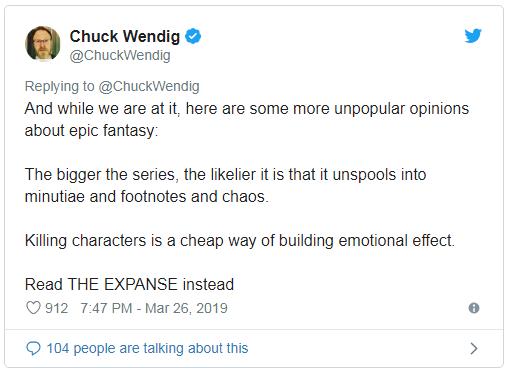 Some people apparently are just incapable of learning from prior mistakes. Last Year, Marvel Entertainment unceremoniously dumped Wendig shortly after they announced he would be writing the Shadow of Vader miniseries as well as being taken off an unnamed Star Wars project.

Taking no responsibility for his litany of hostile tweets over the years.  Wendig instead blamed Star Wars fans: “help I fell down a weird rabbit hole of shitty Star Wars fans! oh my god these people!”  He would later refer to Star Wars fans as coming from a “poisoned, septic well-spring.”

Wendig claimed that Star Wars fans disapproved of his having gay characters in Star Wars: Aftermath and that he became the target of harassment. He would suggest it was his far-left political opinions that got him fired…a laughable claim considering…it’s MARVEL COMICS!

Wendig critiquing the works of Tolkien, which have been in print for decades is laughable.  Consider this florid line of literary genius from Star Wars: Aftermath:

“The TIE wibbles and wobbles through the air, careening drunkenly across the Myrran rooftops – it zigzags herkily-jerkily out of sight.”

Tolkien is tossing back an ale and laughing his English rear-end off!  The works of J.R.R. Tolkien will still be read by people a hundred years from now while Chuck Wendig will be a forgotten blot on the Star Wars Universe.