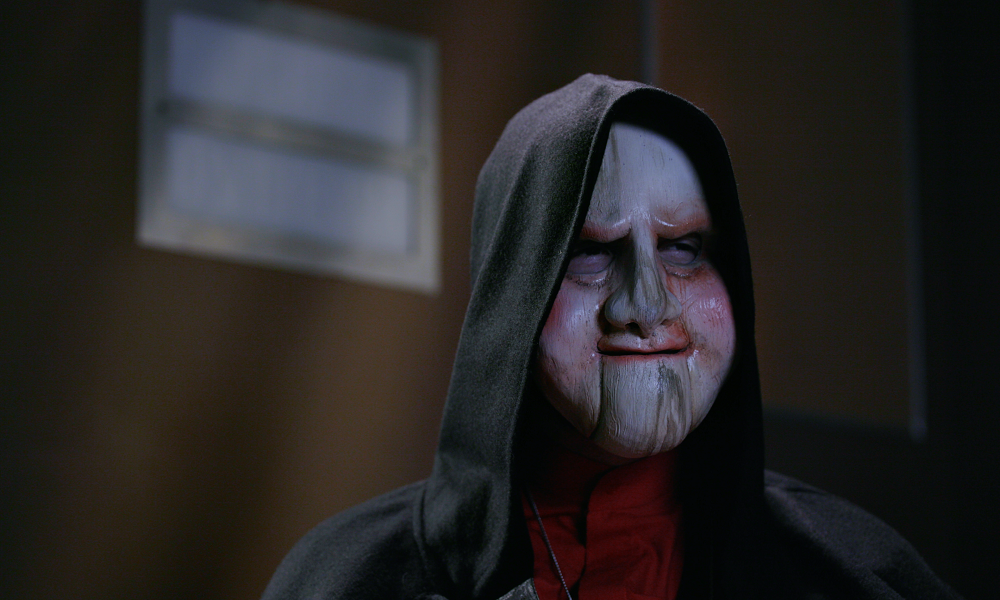 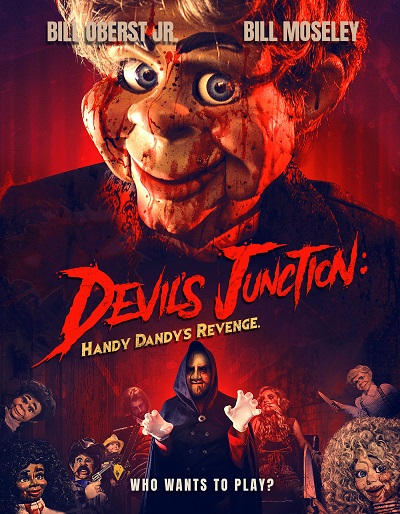 It doesn’t necessarily mean quality drama, but it can often mean quality entertainment.
There’s some films that use the trappings of low budget horror to try to say something or skewer the genre. In the former case the low budget and desire to make a bold statement can conflict. In the latter case, parody is surprisingly difficult and no excuse for bad filmmaking regardless of how much of a get-out-of-criticism free card it seems.
It’s harder to find a genuine attempt to completely emulate a horror production by doing nearly nothing to alter the formula, but not once to look askance at the trappings.

Everyone here is acting to the hilt, and not in an intentionally over the top way. I could feel the conviction in one scene I was rolling my eyes at that brought me back to enjoying the production because of how much those involved believed in what they were doing. The amount of passion here is palpable. You have never heard someone care THIS MUCH about lights going out in a warehouse before. Every single line, no matter how cliched on the surface, is delivered so courageously blunt and devoid of archness it feels like the reproduction of an award winning stage place…rather than the typical tale of trapped thrill-seekers being sought after by a murderous puppet.

This cast isn’t phoning it in for a paycheck: they are acting for the back seats, and any talent agents watching should take note. All of these guys get along with perfect chemistry.
Frequently I felt like applauding. Playing everything completely straight, from the far-too-old teenagers making ‘modern’ references to the far-fetched supernatural premise and hammering retro guitar riffs, Handy Dandy manages to be far funnier than if the film was obviously self-aware and I can see this being a hit watched with a group.
Being obliviously incompetent is one thing. Paying faithful reverence to the classics with full fearlessness and pride is as rare as it is winsome.

I haven’t even mentioned Bill Moseley and Bill Oberst Jr. These veterans deliver Oscar Worthy performances in this little movie, and they do it all for you: the audience. They’re this close to breaking into smiles: all of this is so much fun.
It’s a showcase of unselfish and highly skillful showmanship beauty.
Apart from the HD camerawork and modern clothing, Devil’s Juncture: Handy Dandy’s Revenge could easily have been made in the late 80s or early 90s. I’m surprised Charles Band and Full Moon Studios had nothing to do with this film, especially given all the puppets.

Fair warning to those concerned: we’ve got blood, we’ve got full frontal nudity, we’ve got swearing, we’ve got highly unlikable selfish and obsessive characters to cartoonish degrees. But frankly it’s all part and parcel with how much homage this movie pays to horror as a genre. None of it feels angry or bitter because this is direct correlation with classic films of old.

If horror was a language, this would be The Rosetta Stone.

Negatives: the writing verges on so bad that even this stellar cast can’t quiet save every line. The fact that one character almost sold me on Masonic dark magic is a testament to the actor’s delivery, not the screenwriting. Likewise, even though the lighting is okay the camerawork has bouts of truly bad framing. Characters cross the line constantly, the focus isn’t always clear, and the cramped space made positioning the physical camera itself difficult clearly because sometimes it’s too close or doesn’t have much composition in the shot itself. Also the costumes verge from charming to unconvincing. We’re not talking high art here in ANY way.

But like a pulpy paperback, sometimes you just want the shock and the suspense and it’s here to see.
And quickly too. Even the filmmakers seem to feel that only so much exposition is necessary. We get the bare facts and then the majority of the movie is thrills, chills, and spills. Even the main villain basically outlines his entire backstory in a single sentence. The efficiency is refreshing.

It’s no frills quick and clean HORROR write large in big bloody letters: old school fun without the irony.
Enjoy it as a so bad it’s good feature with friends…but secretly if you’re in any way a fan of genre cinema old and new you might just get a legit kick out of how much everyone cared to put on a high class show on a low tier dime.
It even wraps up with a rocking music video!