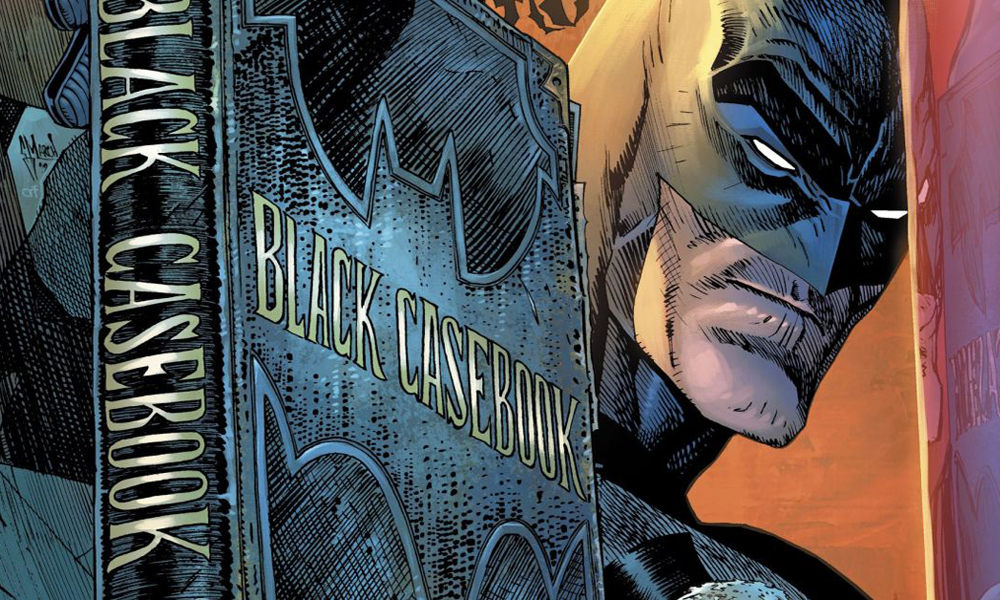 Somewhat worryingly starting like a pale comic book adaption of the 1993 American animated superhero film “Batman: Mask of the Phantasm”, Peter J. Tomasi’s script for this second “Detective Comics Annual” will undoubtedly catch a fair few of its audience out when it satisfyingly suddenly departs from Paul Dini’s “cinematic continuation of Batman: The Animated Series” with the startling revelation that the skull-faced killer cold-bloodedly murdering criminals in “Manchester, Paris, Zagreb and… Greece” is not in fact the late Judson Caspian’s daughter, Rachel. But rather something altogether unexpected, which takes both bibliophile and Dark Knight completely by surprise, whilst simultaneously adding yet another intriguing addition to the DC Universe’s already rich collection of global underground assassin-themed organisations; “I have made the Reapers an unstoppable international implement of vengeance.” 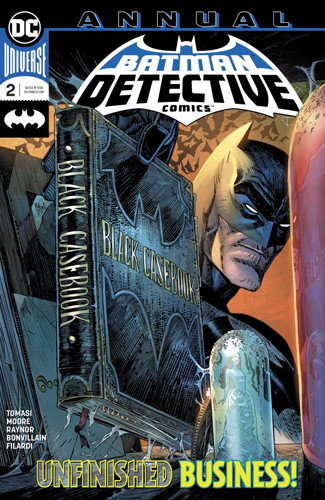 Mercifully though, such an enjoyable subversion of expectations doesn’t mean that the opening two-thirds of this whopping thirty-eight page periodical make for a lack-lustre reading experience either. For despite many doubtless thinking they’ve seen Bruce Wayne “assume billionaire playboy mode” and act the buffoon in the presence of an unsuspecting heiress a hundred times before, the “Blackest Night” co-writer’s narrative still provides plenty of ‘fresh’ insights into the Caped Crusader’s world courtesy of a visit to the Bat-Cave located in Pyrgos, Greece, and a charmingly melodramatic scene involving Alfred Pennyworth acting as a drunken Judas goat so as to lure the suspected super-villain out into the open. Indeed, this somewhat highly-anticipated dip back into the Black Casebook of the costumed crime-fighter is simply packed with pleasing action-sequences, such as Sophia turning her philanthropist passenger green with some reckless high-speed driving across Crete or the Great Detective’s meticulous exploration of the “bookstore near the Ephorate of Antiquities.”

In addition, artists Travis Moore and Max Raynor really manage to bring the sheer savagery of this latest incarnation of the Reaper to dynamic life, as well as pencil Batman at his physical best, kicking his scythe-wielding opponent straight in the chops with some satisfyingly bone-crunching sound effects. This publication’s cataclysmic conclusion is especially worthy of praise as the creative collaboration alongside colorists Tamra Bonvillain and Nick Filardi really help imbue the “veritable shopping list of automation” known as the Reaper Prime with all the die-hard menace one would expect from an formidably-augmented killing machine.