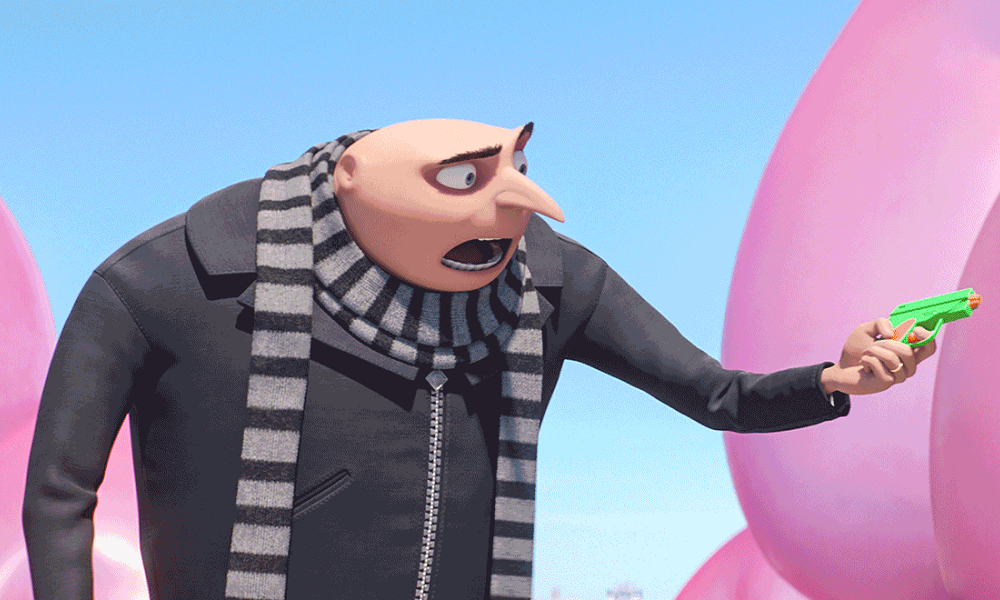 The Despicable Me franchise thrives as family comfort food: the movies you turn to when Moana feels a little overplayed. The films make no bones about their content and stick to business without variations. Steve Carrell grumbles amusingly as reformed supervillain Gru, his army of little yellow Minions engage in Three Stoogian pratfalls, some manner of villain shows up to harsh the mellow, and order is restored in appropriately zany fashion. It’s animation sausage making at its most resolute, and while I don’t think the folks at Disney are losing any sleep over it, it certainly comes with its share of pleasures.

Despicable Me 3 is exactly, precisely what you’d expect from the fourth entry in such a franchise (Minions being the third). The formula is set, it never deviates, and the variations it provides serve as the general purpose of the exercise. Everything is comfortable and predictable, and while even the 90-minute running time might be stretching it, it never descends into the disagreeable.

This time, the villain serves as a major selling point, maybe the one thing that sets it apart from its predecessors. “Evil Bratt” (voiced by Trey Parker) became a child star in the 80s on the success of a hideous-looking TV show that reveled in his character’s awful behavior. When the bubble burst, he went to the dark side for real, and now uses an array to Reagan-era gadgets to commit all manner of crimes.

He’s kind of glorious, and that may help explain Parker’s presence, since the South Park co-creator has the clout to focus solely on his own projects if he wishes. He also provides a nice hard wall for Gru to bounce off of. Now working for the good guys, our favorite former villain can’t quite get his gadget-laden hands on Bratt, who taunts him through a series of high-end robberies. As long as the movie sticks to this subplot, it does quite well for itself. Add to that the usual Minion silliness – reliable and fun if not especially innovative — and it has enough energy to justify the exercise. (The little guys end up in the slammer and… yeah, it works.)

The rest of the film struggles more than it should, sadly, starting with Gru’s long-lost twin brother Dru (also voiced by Carell). The meet-up plays a huge part in the film’s promotional campaign, but the movie itself doesn’t quite know what to do with the concept. Dru makes periodic attempts to lure Gru back to the dark side, but it gets tangled up in the usual mess about living up to fathers and the importance of bonding and whatnot.

A similar fate befalls Gru’s gal Lucy (voiced by Kristen Wiig), now working to be a surrogate mom to Gru’s three adopted daughters in between catching bad guys. The girls are sweet and Wiig is still a hoot in the role, but the subplot feels badly undernourished and develops only a little more than the Gru/Dru thread does.

Having said that, neither subplot is strictly awful; just by-the-numbers and relying way too much on sight gags and one-liners to limp along. They never cripple Despicable Me 3, but they certainly won’t leave much of an impression and their boilerplate nature drags down the movie’s more robust ideas. Not that that will deter anyone, of course. Family movies are in reasonably short supply at the multiplex right now, and if Cars 3 isn’t your cup of tea, this will keep the wee ones reasonably occupied without making the adults want to chew their arms off.  It’s not high art, but it never promised to be, and sometimes, reliable entertainment is sufficient. The Despicable Me franchise always thrived on lowered expectations, and they serve Gru and his brood well enough here to make this last outing a pleasant one.