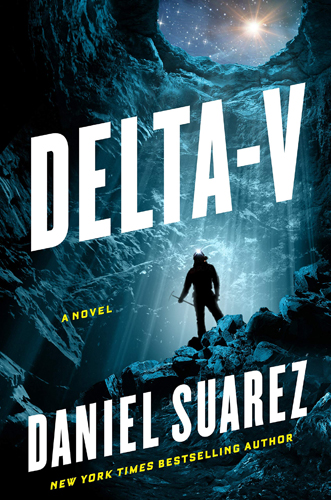 Delta V is a very interesting novel—it’s kind of a ‘there and back again’ story for adults rather than youngsters. In it, the hero, a cave diver, is asked by one of his contacts if he would like to go into space. Real space—not the sort of place he would normally get invited. The offer is special—he will be paid, trained, and then sent to the asteroid belt in a specially built rocket…a rocket capable of mining the rocks in orbit around it.

There are problems—lots of them. The world has changed—Space permits are handled by Aerospace Belgium—a small country giving permission for larger ones to do what, in fact, they want. But they will not let smaller players to any of the big stuff—that’s for the big boys, the lifters, the carriers, the big names…

But one of those big names, Nathan Joyce, is a dreamer. He has the money to put together a mission (if he sells everything he owns) and the kind of mind that will not just allow—but force him to give it a try. If he succeeds, the small will become large and the greater areas of space will be opened to everyone!
Joyce is the one putting together the players—and it is almost time for them to go to work. Their target, an asteroid called Ryugu, is in an orbit that will allow the mine workers to make a contact in just over a year…

Joyce picks his crew—and none of our character actors—none of the main characters in the book make it! There is confusion, but eventually our also rans leave their training port in orbit and return to earth. It doesn’t take long for them to find jobs—working spacemen are hard to find—and they twelve men and women settle down, ready for a normal life as the chosen ones begin to give speeches.

There’s only one problem—the chosen ones are decoys. Joyce soon makes contact with the main characters, telling them they still work for him and bringing their contracts into play. Within a few days they’re on the way to the KONSTANTIN and from there…

What follows is a how-to on the ways to put man into space in a practical way. The crew of the Konstantin uses every second to, first, learn the proper way to sail their ship and, second, determine the proper way to mine an asteroid. Mine and asteroid!

The mission has mixed results, of course. There are problems at him cutting communications and the team in space has to decide what to do. They can sit and wait for a rescue ship…
Or they can make the trip home on their own—using bits and pieces of the Konstantin to keep them alive.

Which will they do?

DELTA V, (a term referring to velocity in space) is a fascinating book. Well written, of course, but especially well-plotted. The trip is the story and this book covers the trip in shining detail.
It’s a fine read and I can’t help but recommend it to anyone looking at this trip.