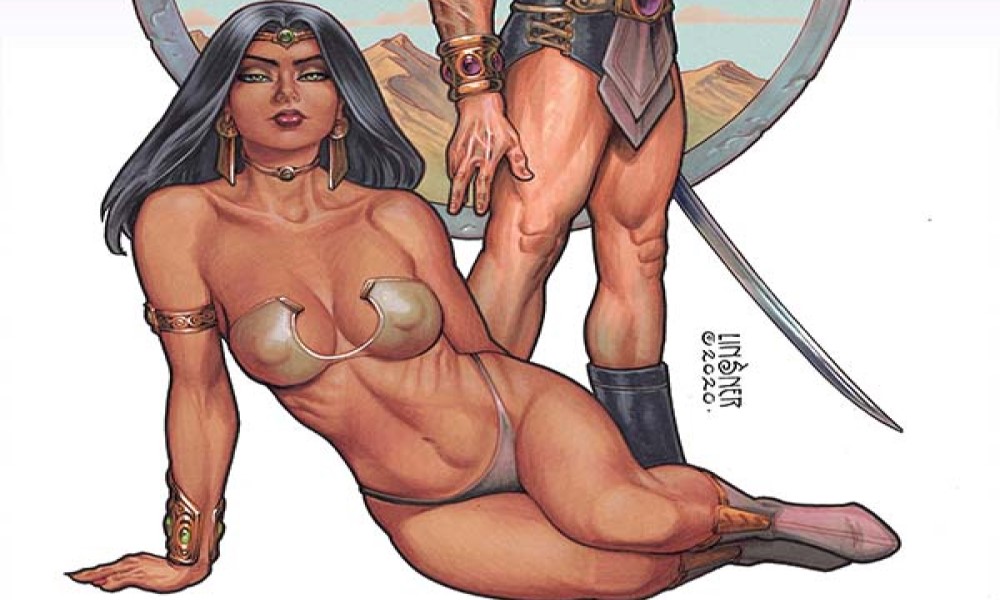 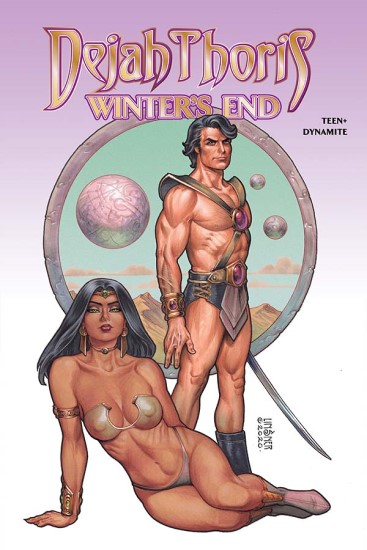 Dejah Thoris: Winter’s edge is a new One-shot comic from Dynamite Entertainment. Dejah Thoris, is the Princess of the Martian city-state/empire of Helium, first appearing over 100 year’s ago in “The Princess of Mars” the novel by legendary writer Edgar Rice Burroughs which also introduced Burroughs’ second most popular character (Behind Tarzan), John Carter, Warlord of Mars.

It is a typical comic from dynamite, featuring a beautiful girl on the cover and in the story. That turns out not to matter much. Dejah Thoris is more than enough to carry a story with no sexism. She is Jeddara of Helium and has just fought a long battle with a socreress in which her husband and son have been used against her–no matter, she has won the battle and is on the way to another battle, with Kantos Kar, a scientist who has gone very bad.

The writing here is clean and simple–possibly because this is a teen book. The characters are well drawn and realistic and the story gives us enough to make us want to come back. dejah was little used in the Burroughs books. He was a man of his time and left the lady in the background. No more. Here she is at the front and giving us all that we can handle.

All in all, this is a nice book which I can recommend to pretty much anyone–read it, you’ll be hooked on the character and the world she lives in. The main cover is by Joseph Michael Linsner but there are also several variant covers available.