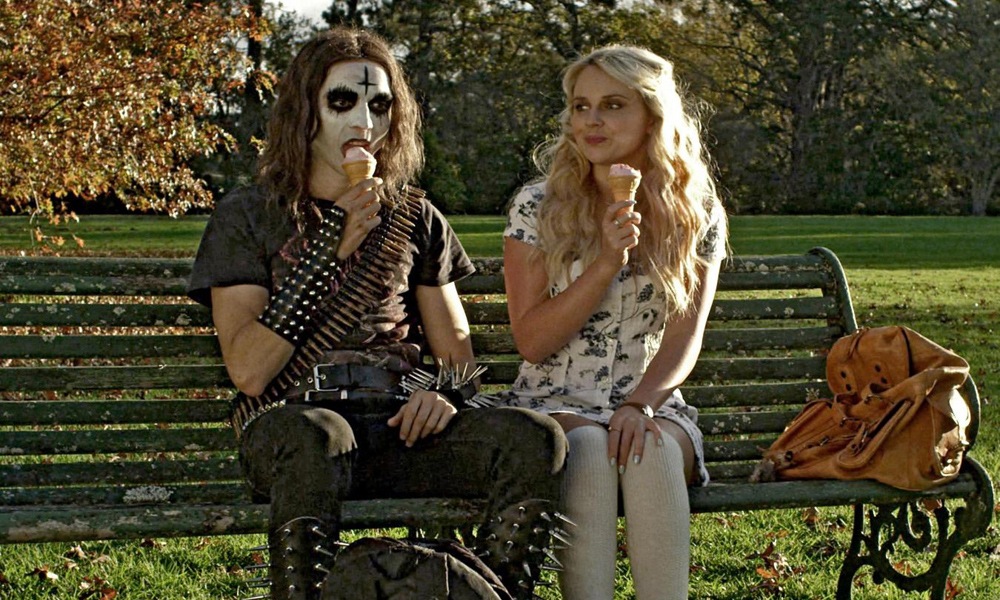 Deathgasm is a New Zealand comedy horror film written and directed by Jason Lei Howden in his directorial debut. Misfit heavy metal fan Brodie is sent to live with his Uncle and Aunt when his mother is committed to a mental hospital. Brodie find acclimating himself to his new home and new school made worse by his jock cousin, David, who constantly bullies him. Eventually Brodie meets hardcore metal head Zakk and the pair, along with schoolmates Giles and Dion, forms their own band they name Deathgasm. 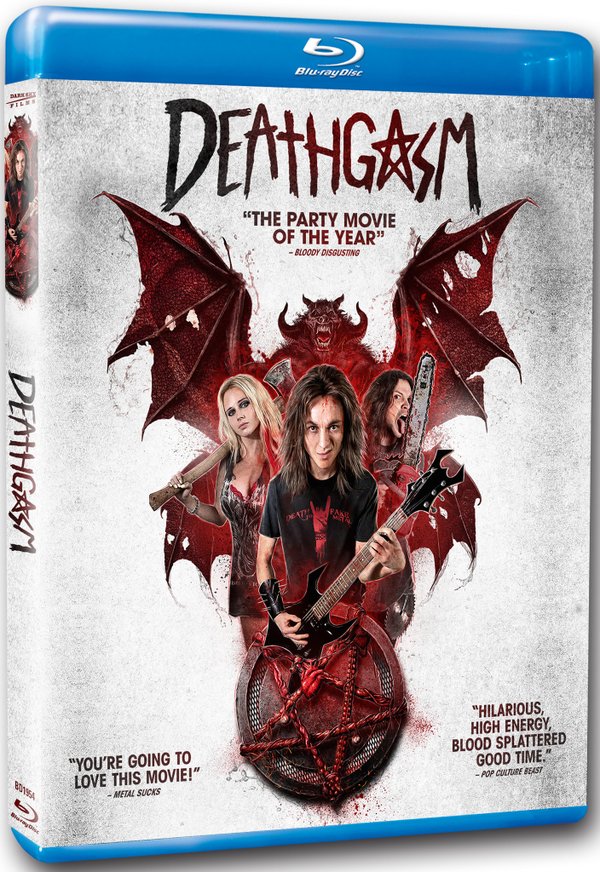 Brodie and Zakk discover the location of a legendary but reclusive rock star named Rikki Daggers. Daggers, horrified that he’s been discovered, gives the boys the sheet music to an unrecorded song and urges them to quickly leave just before he is killed by a mysterious assailant. The boys decide to play music, not knowing that it is in reality a black magic spell that turns the town’s residents into demons and sending them on a murderous rampage. There is also an evil cult that wants the music as well in order to control the world. The boys, along with Zakk’s lover interest Medina, have to battle demons and cultists and find a way to reverse the spell and send the demons back to hell.

Deathgasm cannot avoid comparisons to Shaun of the Dead and The Evil Dead, two films it obviously imitates in style and tone. While it never reaches the heights of those films there’s enough wacky energy to make this worth a view. While it is essentially Shaun of the Dead but with demons…or Evil Dead with more demons…instead of zombies, it has likeable characters that are endearing, particularly Brodie and Zakk with whom metal heads can easily identify. Those who have been marginalized due to their musical tastes and style of dress will see a part of themselves in the pair.

As you would expect, a heavy metal soundtrack thunders throughout the film and punctuates scenes such as when one character battles a demon with a sex toy, Deathgasm’s version of the scene from Shaun of the Dead where they fight off a zombie with cue sticks. When Deathgasm stands on its own the action is hit or miss. It goes long stretches forgetting the comedy elements and immersing itself in pure horror. These sections simply don’t work as well as when there is a steady diet of comedy and horror.

Deathgasm isn’t going to go down as a classic as the two films it draws inspiration from but it is blood-soaked from beginning to end and thus will appeal to gore fiends. Definitely a worthwhile film if you have 90 minutes to kill.

Brotherhood of Steel: The Cast of Deathgasm – A short featurette on Milo Cawthorne, James Blake and Kimberley Crossman, who play the three main characters in the film.

Gorgasm: The Effects of Deathgasm – A look at the film’s special effects

One thought on “Deathgasm Blu-Ray Review”