Feb 16, 2020 Death to the Army of Darkness #1, Dynamite Entertainment, horror 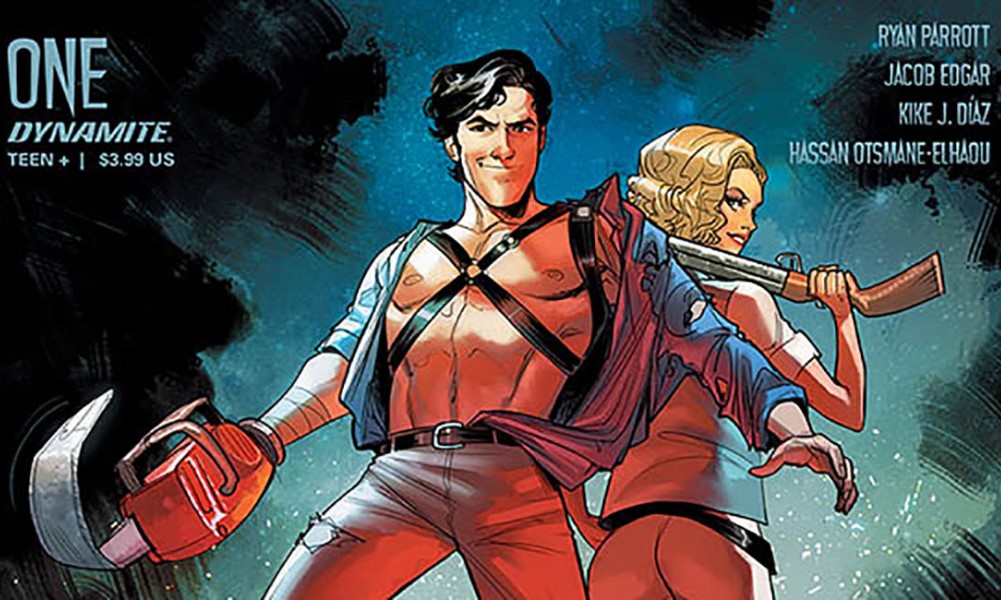 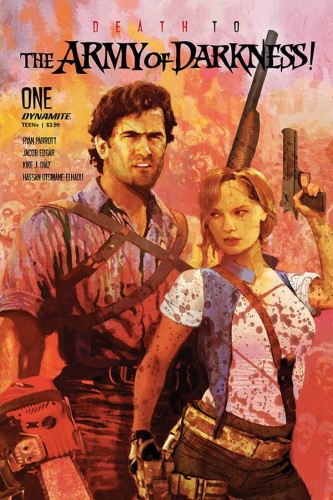 Considering that the plot to Issue One of “Death To The Army Of Darkness” was penned by a man who apparently both “read Bruce Campbell’s memoir If Chins Could Kill”, as well as plays “exclusively with Ash in the horror game Dead by Daylight”, most of this twenty two-page periodical’s readers will probably be thoroughly encouraged by the comic’s opening two-thirds, even when the action is somewhat limited to a deadite-possessed woman attacking the Chosen One whilst he’s at his local laundrette; “Let’s do find out if your heart tastes sweet.” Indeed, up until the appearance of Team Ash following Professor Tuttle’s misplaced splinter spell, this comic provides a genuinely faithful interpretation of Sam Raimi’s “American supernatural horror comedy film franchise”, complete with the lead character’s “blissful arrogance”, “lack of self-awareness”, and “groovy ways.”

Foremost of these book-based events has to be Williams’ utter failure to woo a blonde-haired lady desperate for “any extra quarters” whilst waiting for his clothes to dry at a coin wash. The protagonist’s cheesy one-liners are wonderfully-written by Ryan Parrott, and many fans of “the twenty-fourth greatest movie character of all-time” (at least according to “Empire” magazine in 2008), will readily hear a certain low-budget cult movie actor’s voice delivering them in his instantly recognisable ‘over-the-top’ manner. Ash’s ability to bludgeon this former ‘apple of his eye’ and subsequently blow her brains out with a “get some” shotgun is equally as enjoyable too, and provides a believable lead into the publication’s main plot of him finally wanting rid of the Necronomicon Ex-Mortis some “six months since the events of the Army of Darkness film.”

Disappointingly however, what then follows soon degenerates into an utter farce, which despite apparently seeming like a good idea at the time to the former “Might Morphin Power Rangers” writer, is debatably a step too far even for an adventure about “the ultimate misfit hero” and his inconvenient world-saving responsibilities. In fact, rather than create such an outlandish situation as the sudden appearance of different facets of Ash’s psyche, including his “badass feminine side”, it would have perhaps made more sense to simply have witnessed artist Jacob Edgar prodigiously pencil the one-armed “foolish bag of blood” battling against a multitude of deadites alongside his foil-hat wearing paranoid pal Michael, and hapless, bow-tie wearing college academic, Tuttle.