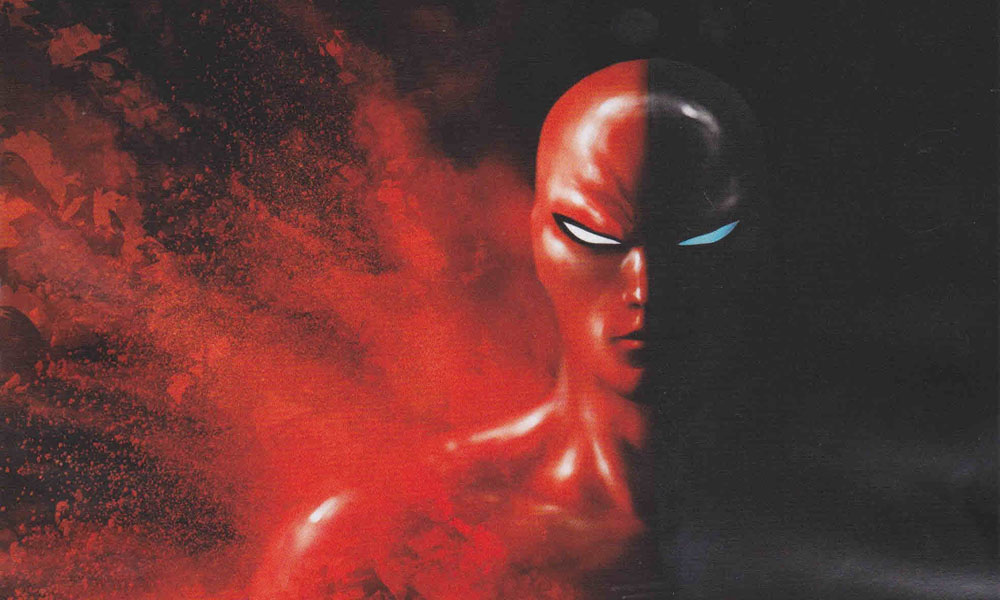 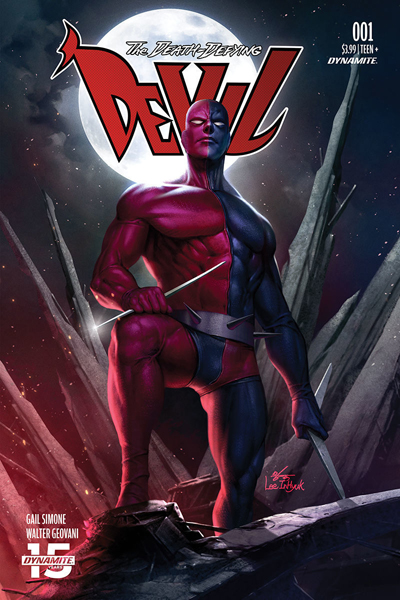 Whereas Gail Simone’s plot to Issue One of “Death-Defying ‘Devil” might prove uncomfortably similar for those older readers who remember director Michael Winner’s 1985 American action thriller film “Death Wish 3”. Its basic premise of the titular character protecting a bunch of ‘misfit’ tenants in a rundown apartment building from a sadistic racketeer undeniably taps into what arguably made the “precursor to the modern street-level heroes we have today” so successful during the Golden Age of comic books.

Indeed, the ‘down-to-earth’ nature of this twenty-two page periodical’s narrative, with its vicious razor boomerangs, cowardly axe-attacks, and gritty pugilism, make it abundantly clear just why the two-time GLAAD Media Award nominee herself has apparently “been fascinated by the Death Defying ‘Devil since I first saw him on the cover of Jim Steranko’s History of Comics” and decided to pen such a brutally basic tale of easily recognisable good verses spine-chillingly outright evil; “Well, maybe we just got better things to do, little mamacita. Than risking our lives for dirty little scofflaws like you. Maybe don’t be so stubborn, little immigrant bitch.”

Somewhat sadly, that doesn’t mean that Simone’s storytelling isn’t necessarily without its faults though, as her lead antagonist seemingly takes down Jack Binder’s creation far too easily considering “Daredevil” was ‘slaughtering’ his numerous henchmen just mere moments before, and then inexplicably leaves the “hero” alive for no valid reason other than its not the hooded villain’s decision to kill him but rather “up to Mister Donovan.” This bizarre decree makes absolutely no sense whatsoever, particularly in view of the life-changing injuries the public domain vigilante has caused, except to contrivingly set-up a future revenge-fuelled re-match between the one-time “Lev Gleason Publications” property and his semi-mutilated attackers…

Such illogical quibbles are however, fairly easy to gloss over thanks in large to some action-packed penciling by Walter Geovani. Crammed full of atmospheric attention to detail like his figures’ footfalls and skid-marks in the snow during this “Dynamite Entertainment” publication’s opening brutal confrontation, the Brazilian’s artwork genuinely helps create the bitingly cold weather and desperate nature of the fisticuffs, as well as later miraculously imbues a seriously sedentary sequence involving a sofa-laden crime-fighter with some semblance of dynamism, courtesy of the bandaged invalid’s ever-scanning right eye.