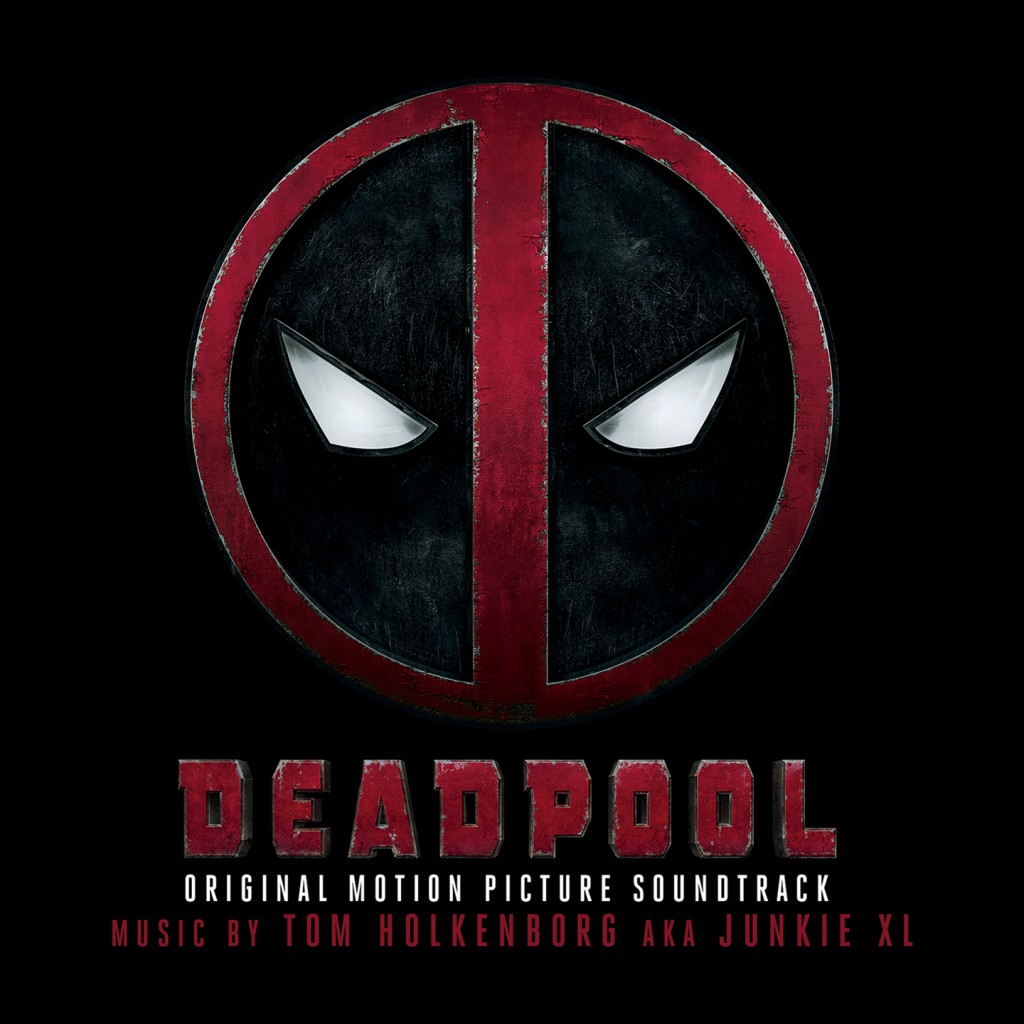 When it comes to a superhero movie, I always check out who is composing the score. The likes of Danny Elfman, Alan Silvestri, Tyler Bates, and Hans Zimmer are really beginning to over populate my superhero playlists. So imagine my surprise when Junkie XL (aka Tom Holkenborg) was announced to compose the score to Deadpool. I first really took notice of Junkie XL with the release of his Mad Max: Fury Road score (see review). It was incredible and completely overlooked, even for a nomination, in the 2015 Best Original Motion Picture Score category. This is strange if you consider how many other nominations Mad Max: Fury Road received. That score alone prompted me to pick up the Deadpool Soundtrack without even seeing the film. Surprisingly, this soundtrack encompasses both his score and pop songs for the film. Usually this is done in two releases (see The Guardians of the Galaxy). However, everything about Deadpool is one huge gamble, so why shouldn’t the soundtrack be, too?

Several tracks on Junkie XL’s score reminded me of music from John Carpenter’s films, with “Maximum Effort” (Track #2, posted below) being the most prominent. This is due to the rampant over-indulgent action sequences in the film. Junkie XL keeps the pace as fast as Deadpool’s fists and tongue, which is exactly what this films needs. “Small Disruption” (Track #3) is more in line with a Hans Zimmer score. Fitting, as the two are collaborating on Batman v Superman: Dawn of Justice. The strings here spin out of control, much like Wade Wilson’s life begins to spin into the dark void. Yet, what is is surprising for both the film and Junkie XL’s score, is that there is a love story here. “Every Time I see Her” (Track #11) and “A Face I Would Sit On” (Tack #22) remind us of the relationship between Wade (Ryan Reynolds) and Vanessa (Morena Baccarin). Junkie XL gives us the quiet poignant tones that remind us why Wade/ Deadpool did what he had to do and that his heart breaks not being with Vanessa.

There are five songs that on this soundtrack that many of us have undoubtably heard before. We have Juice Newton’s “Angel of the Morning”, Salt N Peppa’s “Shoop”, DMX’s X “Gon’ Give It To Ya”, Neil Sedaka’s “Calendar Girl” and Wham’s “Careless Whisper”. All of these have been featured in films before and carry their own significance there as well as in their own right. After seeing Deadpool, two of these songs have taken on a new meaning for me. Juice Newton’s “Angel of the Morning” now only reminds me of a tongue-in-cheek credit sequence, played out in slow motion. Wham’s “Careless Whisper”, already a great eighties classic, is now more of a love song than a song about reminding you not to cheat on your lover. Completely unexpected, but to see all of these songs play out in the film is to remind you how powerful music in movies can really be. Clearly, director Tim Miller took a page out the Quintin Tarantino handbook. There is one original song on the soundtrack, “Deapool Rap” (Track #12) by Teamheadkick. This could easily be the the throwaway track, but much like Vanilla Ice’s 1991 classic, “Ninja Rap”, from Teenage Mutant Ninja Turtles II: The Secret o the Ooze, this is a fun track and completely fitting for the type of fourth wall breaking film that Deadpool is.

With any film as popular as Deadpool is now, expect to see a second soundtrack arriving soon from Milan Records. There are several songs missing from the soundtrack, The Black Keys’ “Howlin’ for You” and Chicago’s “You’re the Inspiration” being the two biggest. Again, the whole Deadpool film and soundtrack was a gamble, but one that is worth taking.